In modern media, it takes a true cult of personality to dominate ratings, viewers, and influence thought. In the past decade, American media has seen its share of influential cable television characters with personalities such as Bill O’Reilly at Fox News, Chris Matthews at MSNBC, and figures like Anderson Cooper and Wolf Blitzer at CNN.

But very few times has one central personality completely dominated the rest like Fox News’ Tucker Carlson has.

The age of social media has given us many conservative figures we watch throughout the world of YouTube, Facebook, Twitter, and other outlets. With that, it seems like Carlson has benefited. At any point, you can type in “You Can’t Cuck The Tuck” on YouTube and find a slew of highlight tapes of Carlson ripping apart his opposition in debates and spurs both on his revered television show “Tucker Carlson Tonight” or simply appearing at events such as Politicon or college campus speeches. Carlson is acclaimed as one of the most intellectual, yet controversial figures in the conservative movement. He has hosted shows at all three major cable news networks in Fox News, CNN, and MSNBC, written for dozens of publications, and is a New York Times best selling author. There is no questioning his success and influence in the conservative movement.

So why has Carlson become so popular amongst the general populous? It may be because even though Carlson is obviously biased towards the conservative side of media, he invites guests on his show from all facets of the political and social spectrum. One of Carlson’s most frequent guests, especially over the past year, has been Hawaii Congresswoman and now former 2020 Democratic Presidential candidate Tulsi Gabbard. It is highly, highly unlikely that Carlson and Gabbard will share even 10% of their political views, but it is that 10% that Carlson hones in on during his interviews with Tulsi about topics such as anti-interventionism and anti-political corruption within the electoral process, citing Gabbard’s noted criticisms of the Democratic National Committee. Just this week, Carlson was praised on Twitter for calling for Senator Richard Burr’s resignation after claims that he benefited from insider trading through private senatorial knowledge of the coronavirus.

This may be Carlson’s greatest asset. Honing in on the few commonalities that he sees with the left, and capitalizing. To be clear, Carlson isn’t for uniting the left and the right as movements. Instead, his goal seems to be blurring the lines on certain issues between both sides so that when he does agree with the left on certain topics, he can change the narrative so the right can move in the direction where they can reach the most potential voters. It seems as if Carlson knows that many on the left (and the right) are often one-issue voters or activists. For example, if he can grab the attention of the isolationist left that only care about issues such as “no more needless wars”, he can open up possibilities of the right claiming yet another issue that the left can’t own anymore.

Carlson is for tearing down barriers that were deemed impenetrable before the age of Trump. He is for expanding the influence of the new right. It seems as if that may be working.

Without even being as active on things such as Twitter as maybe he should be, Carlson is the highest-rated and most viewed cable news personality in American media and arguably conservatism’s most influential voice.

What does that mean? I would say if you ask Carlson now, he doesn’t even know that answer. But when you extend your influence to the point that Old Row is making shirts of you while you’re interviewing Andrew Yang, you probably are accomplishing your goal, whatever that might be. 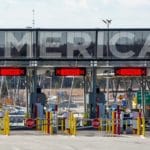 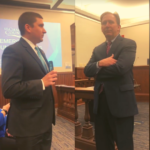