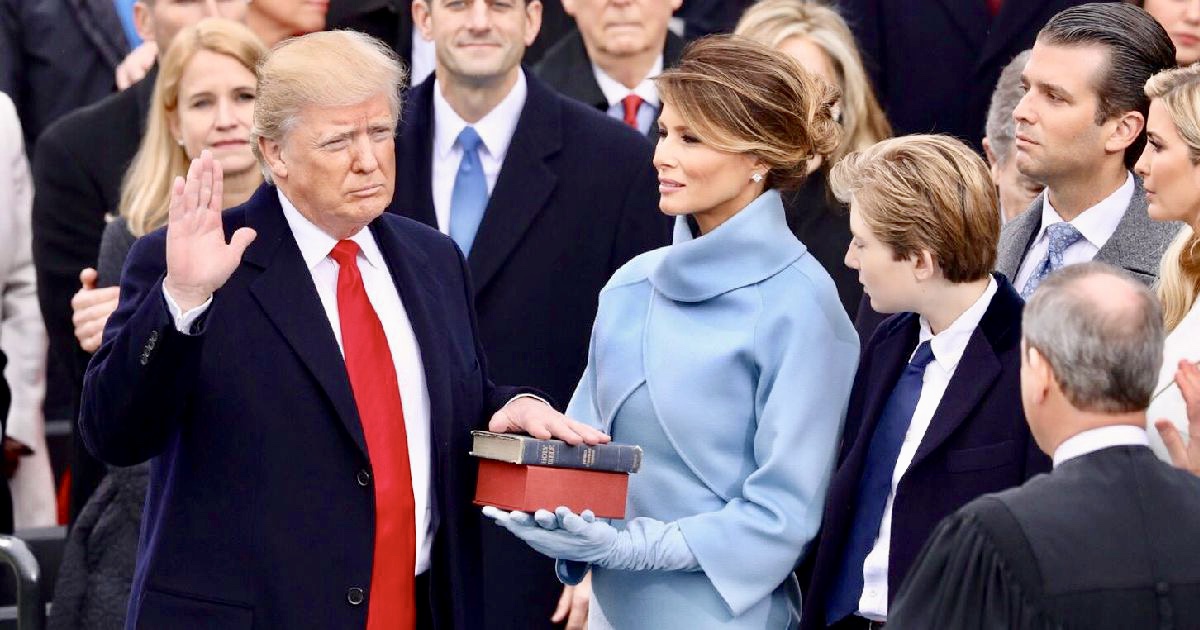 At his campaign rally last night President Trump vowed that he’d make “America wealthy again.” But the taxes he’s imposed on Americans in the form of tariffs are making America poorer—both materially and spiritually.

When Trump imposed tariffs on China last year I mentioned that in 2019 the tax would cost households to suffer losses equivalent to $2,357 per household (or $915 per person). Since then we’ve found that the tax increase may have other harmful effects, including causing a shortage of Bibles.

The imposition of tariffs poses a threat to Christian book and Bible publishers, including HarperCollins Christian Publishing which accounts for 38-percent of the U.S. Bible market. Due to the unique paper, printing, and binding needs of Bible production there are simply no U.S. vendors that could produce any significant portion of the volume needed to meet the demands of the U.S. market. The current U.S. producers do not have the capacity or capabilities to handle the unique and intricate specifications that are required to produce the traditional Bible that more than 90-percent of Bible consumers purchase.

A 25-percent tariff on Bibles and religious materials would make it difficult to continue printing some formats, which could result in a Bible shortage and such shortage would cause economic harm throughout the Christian Bookseller market. Additionally, ministries, churches, non-profits and other religious organizations, which are major customers to HarperCollins Christian Publishing, would no longer be able to afford Bibles and educational materials that they need for their primary outreach efforts.

As Mary Hui of Quartz points out, China became the world’s largest Bible publisher in 2012 and the overwhelming majority of Bibles in the U.S. are printed in China.

Ignorant About How Tariffs Work

In his testimony before officials at the U.S. International Trade Commission yesterday Schoenwald added that

We believe the administration was unaware of the potential negative impact these proposed tariffs would have on Bibles and that it never intended to impose “a Bible tax” on consumers and religious organizations.

While I appreciate Schoenwald’s willingness to give the president the benefit of the doubt, it’s wholly undeserved. Trump doesn’t seem to know how tariffs work (he thinks they are paid for by China) and he’s immune to correction. He has also been largely unconcerned about how his liberal tax policy affects Americans (one exception is farmers, who he’s willing to provide a government bailout to protect them from his own tax). If Trump cared about how his policy affected Americans—and how it makes us poorer—he’d have never implemented it in the first place.

We also can’t expect the remaining advocates of the free market in Congress to do anything to fix the problem. There are far too few of them, and they’ve mostly shown a willingness to back the president rather than the American people. But we can still hope for the support of Christians in the legislative branch. Maybe they’ll be outraged by how the president’s unjust policy is not only hurting Americans but is now harming the mission of the church. If so, it’s time they stepped up and took action.*

*And no, the answer is not to give Bible publishers an exemption. That’s pure cronyism. We need a policy that treats all Americans fairly and does not hand out special favors to people who might vote for the president.

Full Disclosure: This issue hits home since HarperCollins Christian Publishing own the publishing house (Zondervan) for a study Bible I produced (NIV Lifehacks Bible) and one that was produced by Acton staffers (NIV Stewardship Study Bible). Many friends and family members of those of us at Acton also work at the Zondervan office in Grand Rapids.

This article is republished with permission from the Acton Institute.

Joe Carter is a Senior Editor at the Acton Institute. Joe also serves as an editor at The Gospel Coalition, a communications specialist for the Ethics and Religious Liberty Commission of the Southern Baptist Convention, and as an adjunct professor of journalism at Patrick Henry College. He is the editor of the NIV Lifehacks Bible and co-author of How to Argue like Jesus: Learning Persuasion from History’s Greatest Communicator (Crossway).