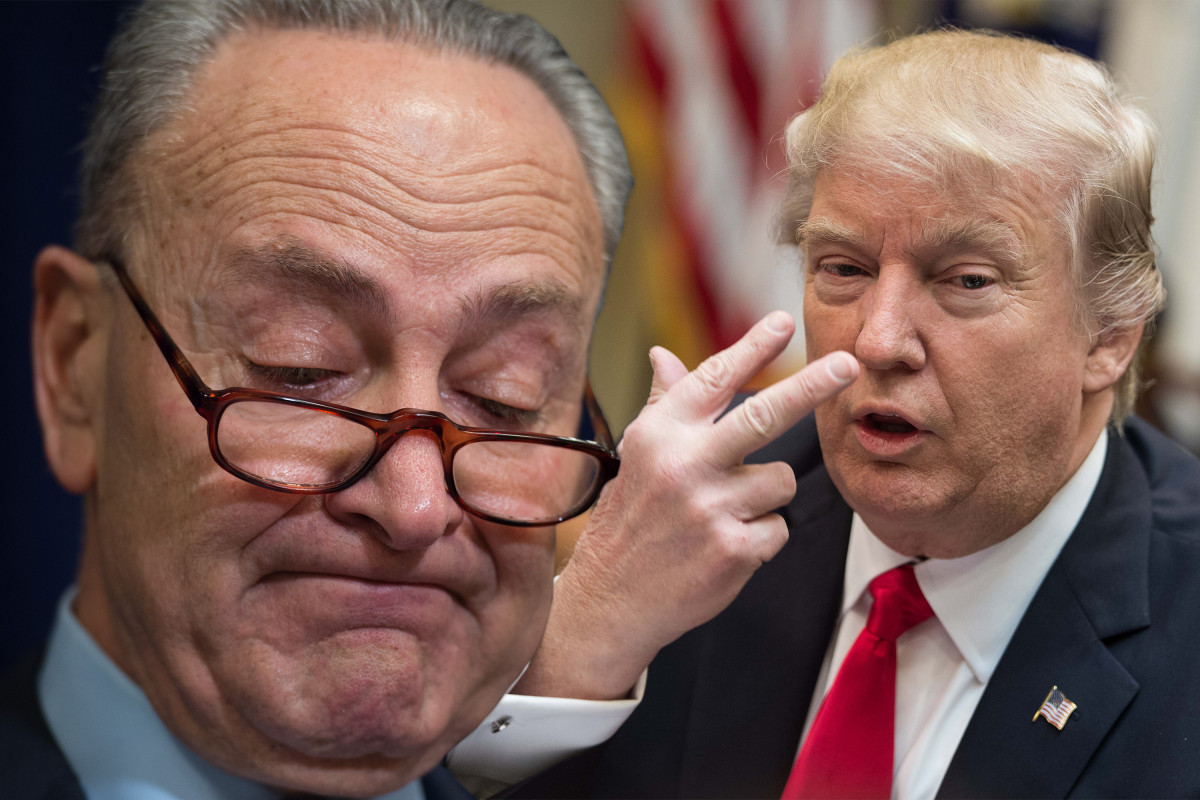 In a tweet posted late Tuesday evening, Trump referred to Schumer as ‘Cryin’ Chuck Schumer for reversing positions on Comey after Trump fired the FBI director earlier Tuesday. Trump made the decision based on the recommendation of Attorney General Jeff Sessions and his deputy Rod Rosenstein. According to the president, the purpose of the firing is to reinvigorate “public trust and confidence.”

Cryin' Chuck Schumer stated recently, "I do not have confidence in him (James Comey) any longer." Then acts so indignant. #draintheswamp

Trump followed his tweet at the end with the hashtag #draintheswamp, which is reminiscent of a campaign promise to remove graft and waste in Washington D.C.

Following word of Comey’s firing, Senate Minority Leader Schumer told the president, “with all due respect, you are making a big mistake.”

“This is part of a deeply troubling pattern from the Trump administration,” Schumer said later at a press conference. “This does not seem to be a coincidence.”

But back in November, Schumer stated that he had completely lost confidence in Comey’s abilities.

“I do not have confidence in him any longer,” he said. At the time, Schumer criticized Comey’s handling of former Secretary of State Hillary Clinton’s email probe as “appalling.”

Sen. Ernst Says She Doesn’t Need To Be ‘Mansplained’ By Chuck Schumer