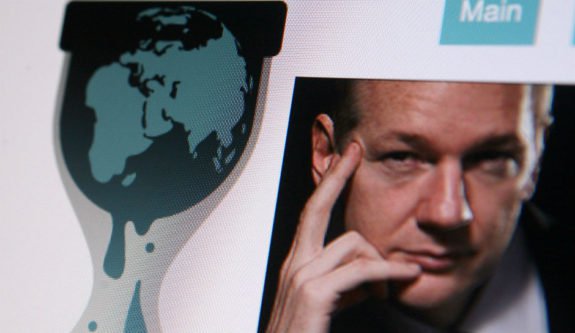 WikiLeaks founder Julian Assange said he would be happy to consider Comey for a position at the organization’s Washington D.C. office, where the now unemployed bureau chief might continue his mission to “properly investigate the U.S. government.” (RELATED: Donald Trump Has Fired FBI Director James Comey)

WikiLeaks would be happy to consider hiring James Comey to help lead its DC office should he like to properly investigate the US government.

WikiLeaks, a longtime thorn in the side of U.S. intelligence agencies for publishing leaked classified information, also offered to “help” Comey or any other FBI officials get to the bottom of why the former director was let go:

If James Comey or any other former or current FBI officers have information as to why he was fired, we want to help: https://t.co/cLRcuIiQXz

Assange’s offer is a surprising turnabout for Wikileaks, which claimed in March that Comey misled Congress about the organization’s release of Democratic Party emails during the 2016 presidential campaign.

Despite the bitter history, the potential of working with a former government official with knowledge of America’s most sensitive secrets was apparently too much for Assange to resist. He predicted a trove of leaks about the Trump administration from friends and foes alike and even suggested that Comey could replace the man who fired him.

Comey's firing will be an extraordinary boon for transparency as his loyalists leak and the admin counter-leaks. Will he run for 2020?

Whatever his plans for future employment, Comey is unlikely to take Assange up on his ironic offer given the intelligence community’s designation of WikiLeaks as a hostile intelligence service. CIA Director Mike Pompeo on April 13 declared Wikileaks a tool of U.S. adversaries bent on harming the American government.

“It’s time to call out WikiLeaks for what it really is: a non-state hostile intelligence service often abetted by state actors like Russia,” he told an audience at the Center for Strategic and International Studies.

Former Director of National Intelligence James Clapper concurred with that assessment during his Senate testimony Monday. Clapper told Republican Sen. Ben Sasse of Nebraska that WikiLeaks is “absolutely” a “non-nation state intelligence service” and a known propaganda platform for Russia.