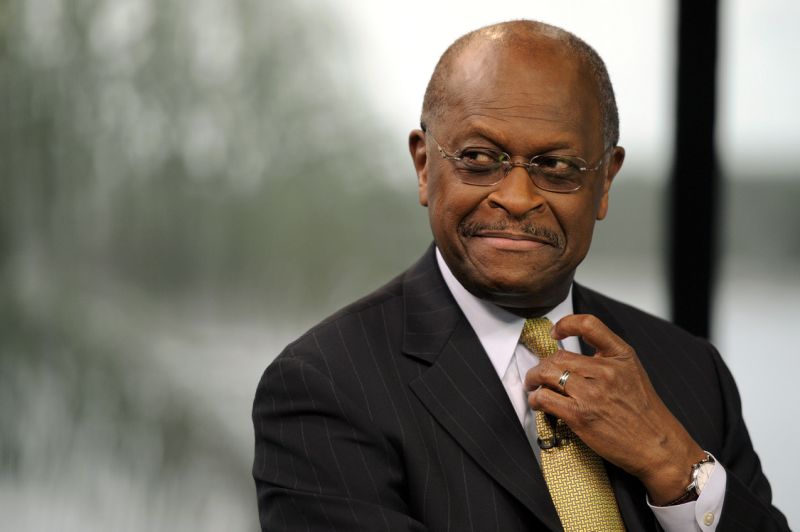 Herman Cain, the former Godfather’s Pizza CEO and 2012 Republican Presidential candidate, is reportedly under consideration by the Trump administration for a seat on the Federal Reserve Board.

Cain, 73, was in the White House on Wednesday, according to people connected to the issue. Two seats on the Fed Board are vacant, but the possibility of nominating Cain raises questions of a Senate confirmation hearing centered on the sexual harassment and infidelity accusations that ended his presidential campaign.

The people discussing the matter declined to be identified because Trump hasn’t reached a decision. Cain was also considered for other top government posts.The president’s top economic adviser, Larry Kudlow, said last week that the White House wants Fed governors “who understand that you can have strong economic growth without higher inflation.”

President Trump had discussed firing Federal Reserve Chairman Jerome Powell over continually raising interest rates. The President can directly effect monetary policy through whom he picks as a chairman of the Federal Reserve, although whoever the president picks must be confirmed by the Senate.

America’s central bankers ended their quarterly meeting on Wednesday with a signal that they were pausing rate hikes, and expressed flexibility to alter their balance sheet runoff plans, which Trump has criticized. The policy rate was left unchanged.

At his press conference following the meeting, Powell said the American economy will grow at a “solid pace’’ this year, though he cited “cross-currents and conflicting signals’’ about the outlook as reasons for caution.

Mr. Cain built his 2012 presidential campaign around policy proposals like his “9-9-9” tax plan. That would have replaced the U.S. tax system with flat 9 percent business and income taxes and a 9 percent national sales tax.

Goodfriend didn’t appear on a list of dozens of renominations the White House submitted to the Senate earlier this month.