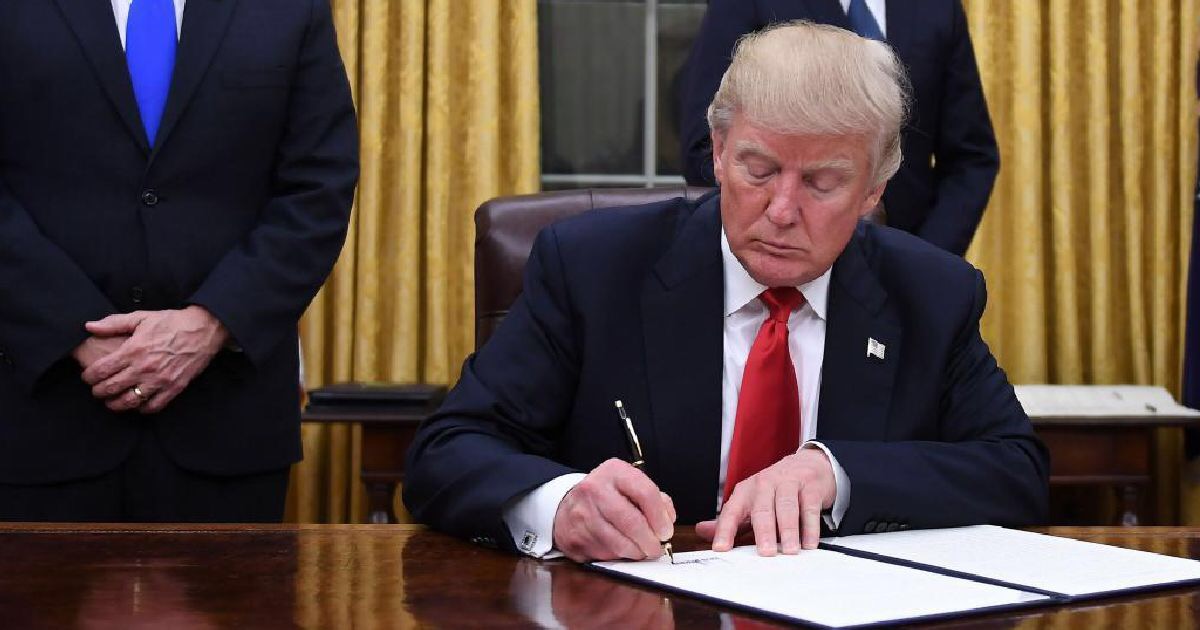 President Donald Trump is planning to declare a state of national emergency at the U.S. Southern border, and use those powers to order the construction of a border wall, according to a report by CNN.

Trump has indicated that he is willing to take drastic measures to bypass Congress, especially considering that the Democrats are now in control of the House of Representatives.

The order reads, “The massive amount of aliens who unlawfully enter the United States each day is a direct threat to the safety and security of our nation and constitutes a national emergency.”

According to CNN’s report, the administration is looking into alternative ways to fund the president’s border wall which totals around  $7 billion. He has asked Congress for $5.7 billion for the border wall, but so far has been denied.

Speaker of The House Nancy Pelosi has said that Democrats will not sign on to any deal that includes funding for Trump’s border wall.

“Now, therefore, I, Donald J. Trump, by the authority vested in me by the Constitution and the laws of the United States of America, including the National Emergencies Act (50 U.S.C 1601, et seq.), hereby declare that a national emergency exists at the southern border of the United States,” the draft says.

Critics of Trump’s wall warn that if he takes such actions they will be met with legal challenges. Some Republicans have even cautioned the president against using emergency powers in this way, fearing the precedent it could set.

On Thursday President Trump offered to sign a continuing resolution on the budget as long as it included a “down payment” on the border wall. He also hinted at the possibility of declaring a national emergency, telling reporters, “Look, I have other alternatives if I have to. We want to go through the system. We have to have a wall in this country.”