Chick-fil-A customers and protesters alike are outraged by the Georgia based fast- food chain’s decision to stop supporting the Salvation Army and other organizations that do not support gay marriage, according to a report from Bisnow.

Chick -fil-A told Bisnow that the company would be restructuring its charitable efforts to include both faith and non-faith organizations at the end of the year with a focus on “hunger, education, and the homeless.” Many patrons of the chain have been quick to voice their dissatisfaction with the decision as they see it as Chick-fil-A betraying the Christian values on which the company was founded.

Many conservatives have even gone as far as encouraging a boycott of the restaurant for this decision, in spite of the company’s insistence that it has betrayed its core values. Members of the LGBTQ are equally triggered, insisting that Chick-fil-A’s decision to restructure its charitable giving is not enough.

“If Chick-Fil-A is serious about their pledge to stop holding hands with divisive anti-LGBTQ activists, then further transparency is needed regarding their deep ties to organizations like Focus on the Family, which exist purely to harm LGBTQ people and families,” Drew Anderson a spokesperson for GLADD, tweeted Monday.

“If Chick-Fil-A is serious about their pledge to stop holding hands with divisive anti-LGBTQ activists, then further transparency is needed regarding their deep ties to organizations like Focus on the Family, which exist purely to harm LGBTQ people and families" @AndersonDrew https://t.co/0OXfScv1z6

I don't buy it. I'd love to be wrong, but until and unless CFA explicitly says that the stances of faith-based orgs on LGBT issues will not affect their future applications for funding, I'm going to read this as a surrender. https://t.co/Yx472XCFvn

I'm with @RodDreher. ALSO… "unless CFA explicitly says that the stances of faith-based orgs on LGBT issues will not affect their future applications for funding," I will boycott Chick-fil-A and tell everyone to do the same, including my radio audience. This is grievous news. https://t.co/s93jD4kSp7

It seems the executives at Chick-fil-A are in a “damned if they do, damned if they don’t situation.” I don’t feel their decision to reorganize their giving is a betrayal of their values by simply choosing to refocus efforts on taking care of the homeless and needy. What could possibly be more Christian than that? As Christ, Himself said in Luke 6:29-30 (TPT), “To those who despise you, continue to serve them and minister to them.[a] If someone takes away your coat, give him as a gift your shirt as well. 30 When someone comes to beg from you, give to that person what you have. When things are wrongly taken from you, do not demand they be given back.”

This recent crusade by Conservative Christians proves to me what I have thought for many years; Conservatives behave like a bunch of children if something upsets their sensitivities just as much as the social justice warriors of the Left. As a Christian myself, I understand not wanting to financially support a company that doesn’t line up with Biblical values, but where does it end?

If those who are in the faith community were to be so extreme and hardline as what is being suggested by many Christians, people of faith wouldn’t shop or eat anywhere. It puzzles me why a Christian would be so quick to drop an organization such as Chick-fil-A, which does much to better America and now the world through private charity. It is commanded for Christians to help the poor, the widow, and the orphan, and that is precisely what this Christian-owned company is doing.

A friend of mine who is a pastor in my local community summed up the absurdities well in a series of recent posts to his Facebook. He said, “For the record, I couldn’t care less who Chick Fil A or any other organization does or doesn’t donate to. Giving or not giving to the Salvation Army and FCA is not a big deal. They actually stopped giving to anything even remotely tied to traditional marriage back in 2012. The only thing I care about where my money goes is if it’s a good deal or tastes good. Sorry, not sorry. To be absolutely consistent I’d have to produce my own gasoline and grow everything I eat. This back and forth stuff is silly and sadly we started it. Just my two cents.”

“ By the way some are bullying and calling for boycotts online, you’d think ChickfilA decided to roast chickens to Satan on Sunday. Boycotting or bullying for the purpose of policy change is akin to extortion. In what world does a corporation have to continue giving to the same charity? I stopped giving clothes to the Salvation Army in 2018 because I ran out of clothes to give. Did I cave? For those on the right bothered about ChickfilA no longer giving 100k to the Salvation Army because their contract was expired, I hope you donate clothes to keep them afloat. For those on the left, why have you picked on CFA for giving to the SA but never picketed the SA itself? The double standard hysteria on both sides is exhausting. Leave companies alone. We live in a free capitalistic society not a socialist state or theocracy directing profits. Until you’d allow a SA General or pseudo ranked SA local leader in your pulpit to represent your biblical beliefs go ahead and leave CFA alone. Carry on.” he continued.

I would also say give a similar word to so-called gay activists. Very few people, Christians included, couldn’t care less what you do in the privacy of your own home. The worst a homosexual will ever receive from the overwhelming majority of Christians if the subject of their sexual preference were to come up in conversation is that their lifestyle is sinful, according to the Bible. If a Christian actually were to hate a gay person (or anyone for that matter), he or she is not living in line with the teachings of Jesus who taught to love our neighbor. That being said, no one has to accept anything they do not agree with on a moral basis – just to tolerate it provided it doesn’t harm anyone else.

In today’s world, it would seem that everyone is always angry about something; much of which is not worth giving the time of day. May I suggest that we all be a little kinder to those who don’t think or live as we do, it won’t kill you, but trust me the alternative will lead us all to slaughter.

To those on either side triggered by Chick-fil-A, may I suggest sticking a chicken sandwich in your cakehole. Or don’t. But the former will make you feel better. 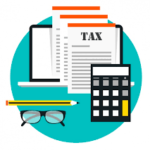 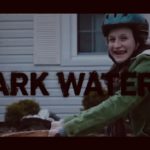