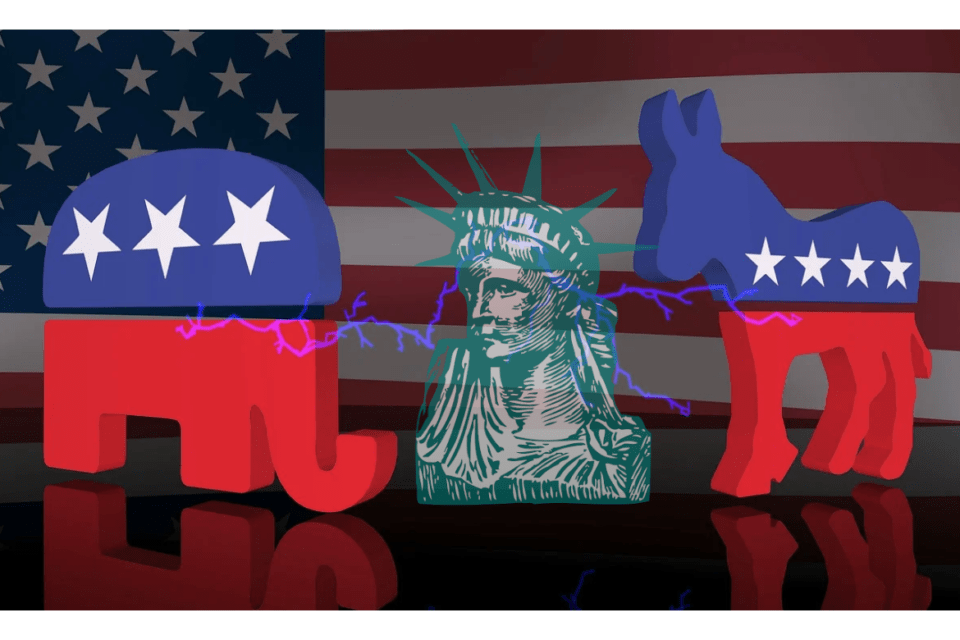 In the history of America, there has always been a tug of war of ideas and philosophies. This free discourse is a hallmark of American values. To listen to the glowing accounts of the founding of our country, you would think that Americans were unequivocally united in our quest for independence. The reality is the leaders of the colonies disagreed on whether to separate from Britain at all. Ultimately, we united in our common desire for liberty, and our grievances against King George III as presented in the Declaration of Independence.

Our history is filled with triumphs and failures. But the guiding principle has always been the truth that all men are created equal with the unalienable rights of life, liberty and the pursuit of happiness—Liberty. Achieving and keeping that liberty for all people continues to be an ongoing struggle.

Today, political unity in the goal of securing the blessings of liberty is but a distant memory. While we all have our ‘tribes’ (a good thing), ‘tribalism’ has become the sole focus of political interaction between the two primary parties. Republican and Democrat policy platforms take a backseat to the overriding imperative of ‘owning’ and resisting the other side.

Caught in the middle are libertarians and independents, rendered impotent not only by the machinations of the two major parties, but also by their own inability to move forward toward their common goals. If you want to know why that is, all you have to do is ask a libertarian—and they’ll point at all the other (not real) libertarians.

How does the liberty movement—and specifically the Libertarian Party—break out of the endless cycle of spinning their wheels and begin to gain significant ground?

I recently discovered the book Tribal Leadership by Dave Logan, John King, and Halee Fischer-Wright. While it is primarily directed at businesses and corporations, I immediately recognized the potential for application to liberty organizations. I spoke with John King, as well as Eric Schleien, who is certified in Tribal Leadership, about the principles of tribal leadership and how they could impact libertarianism.

John King has taught, lectured, and consulted with organizations on leadership and strategy for many years. When he and Dave Logan noticed and began researching the reasons behind the high strategy failure rate in the companies they were working with, what they discovered was that these strategies were failing because “culture eats strategy for breakfast every day.” From this study of organizational culture came the concepts of “tribal leadership.”

A tribe consists of 20-150 people, and an organization can be one tribe or several. How effective a tribe is depends on its culture, which is reflected in its language. The book notes that the authors’ research stemmed from “an ancient way of understanding people: that they—we—create our reality with language.” It focuses on the language and behavior within a culture.

There are four to five cultural stages, identifiable by their behavior and language:

As a nation, we are largely a Stage Three culture. However, as John explains, when coming together on causes such as protests against racism and police brutality, there are those who will only work together on the terms of ‘agreement’ – and if you do not agree with them precisely, they will loot and burn. We should, rather, come together in ‘alignment’ on working toward a common goal, even if we approach it in different ways.

“The insistence on agreement is dominating and it brings about war. Aligning on a greater goal like liberty and the pursuit of happiness, racial equality – those are worthy goals that we can all become aligned on. And regardless of our differences of agreement, we can all work on that goal. Alignment is harmonizing. Agreement is winning an argument – usually in a destructive or violent way.”

As we turned to application to the liberty movement, John stated that although he is not as familiar with the Libertarian Party itself, he was very familiar with Ron Paul and Rand Paul as he is aligned with their principles of individual liberty and small government. He noted that both men had to become aligned with the Republican party principles and platform, and “even though they’ll never be at the top of the food chain in that one, they had to become aligned with other people in order for them to be effective.”

The liberty movement (which is stagnant in reality) has the most potential for Stage Four as it is most based on shared ideas and principles – as opposed to the two major parties who function in constant resistance to each other. However, you don’t have to look far on social media to see that the Libertarian Party is NOT functioning anywhere near Stage Four. The language of the leadership is, at best, Stage Three (I’m great – you’re not).

Eric is a libertarian and has worked with several liberty-oriented organizations. He practices the principles of tribal leadership in both his personal life and business practices. Eric acknowledged that the Libertarian Party has primarily been mired in a culture of personal domination in Stage Two and Three. Who is right. Who is wrong. Purity politics. All within the area of agreement rather than alignment.

“If you were to avoid complaining about the way circumstances are, or how you think they should be— if you were to avoid name calling, putting another person or group’s point of view in the wrong or that they’re somehow bad—invalidating them. If you were to avoid all of that, and all you were to focus on is aligning with people with resonant values and creating strategies to align on larger projects, the Libertarian party, or any organization, would be significantly more effective in the goals they wanted to accomplish. And they would bring in a lot more people to partner with.

They’ve done studies, like the Nolan Chart, and you get people to take a poll and ask questions, and generally people are pretty liberty minded. So it’s not like there’s no acceptance of that in the culture already. So that’s not the problem. One of the issues that a lot of these groups face, whether it’s the Libertarian party itself or a liberty-minded non-profit, is they have built a culture that is not sufficient for the strategies that they say they are committed to.

So the fundamental principles of liberty is a Stage Four to Five project—to empower people to come together to work toward a larger, noble cause. To take on a project like that, you really have to have a Stage Four culture.”

If the “liberty movement” is to truly become a movement, we must find a way to come together to rise above the deafening noise of political tribalism from the Right and the Left (and even within the LP). This is especially important in the Libertarian Party if there is to be any hope of stopping the hemorrhaging of our liberties in Washington.

What can we do to change the culture of the Libertarian party? What can we do to be more effective in both our messaging and strategy? What can we do to make significant gains in increasing liberty and decreasing government? This has only scratched the surface of the concepts of tribal leadership. In subsequent articles, we will look more closely at the specific components and how they can be put into practice.

“I would unite with anybody to do right and nobody to do wrong.” 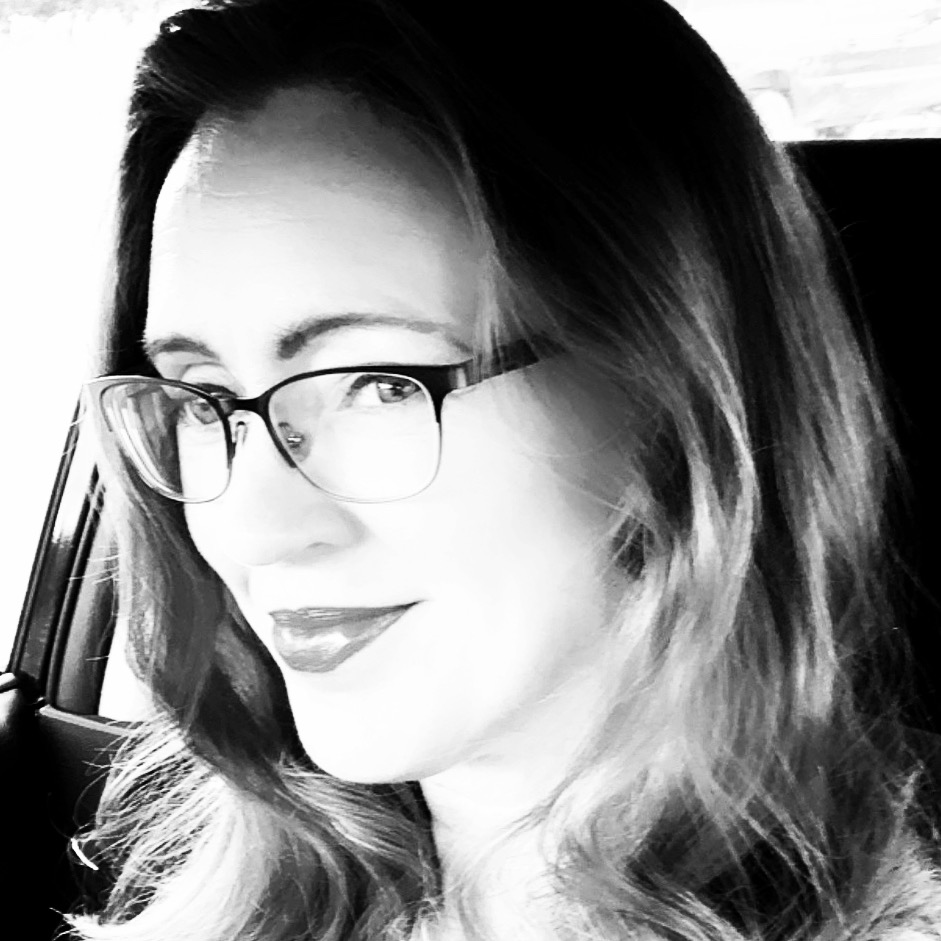 Camellia Plosser is the Editor In Chief of The Libertarian Republic. She is passionate about increasing liberty and decreasing government. You can find her on Twitter @RareCamellia. 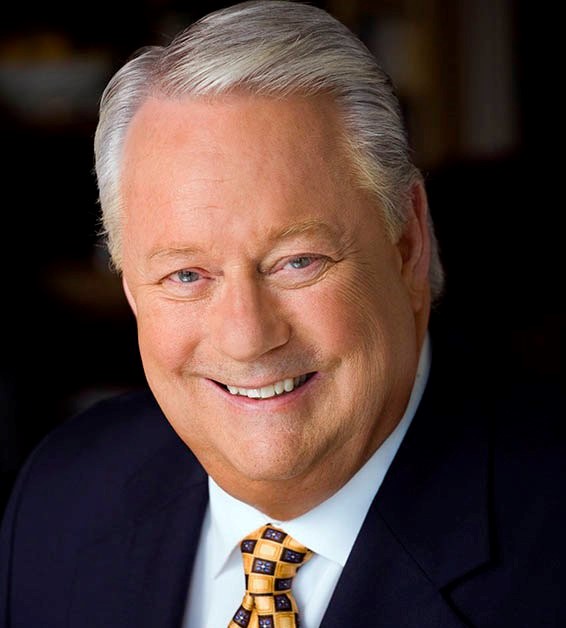 John is in demand as a keynote speaker, and is internationally recognized as a senior teacher, coach, and program leader. His executive clientele have been featured on all major television networks and in the New York Times, The Wall Street Journal, and Forbes. A brief sampling of John’s corporate, public sector and pro bono clients include Intel, Cedars-Sinai Health System, SEHA (Abu Dhabi) Southern California Edison, CB Richard Ellis, Colliers International, The California State Appointed Executives, Amgen, The American Express High Potential Executive Development Program, The Executive Committee of The Los Angeles Department of Public Health, and The Space Frontier Foundation.

Recently, John has also been teaching Leadership and Strategy at The University of Central Asia in Tajikistan, being simultaneously translated into Russian and Tajik. He was an honored guest lecturer at Texas State University in San Marcos Texas, The College of the Bahamas MBA Program in Nassau, Bahamas, and The Georgian Leadership Development Program in Tbilisi Georgia.

John is a certified facilitator of The Samurai Game®, conducts an intensive seminar regarding the establishment and sustainability of Communities of Honor, entitled, The Gatherings. 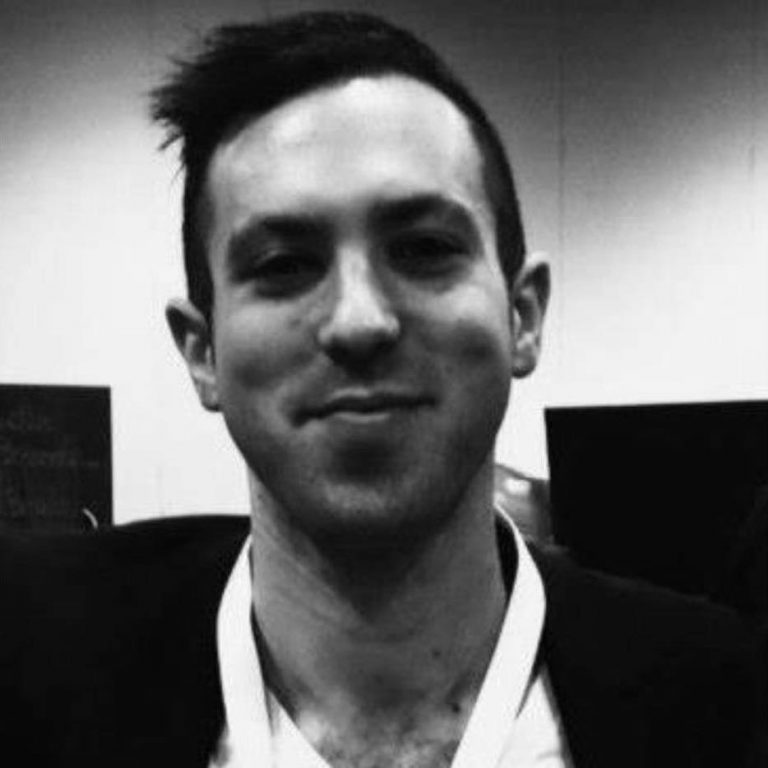 Eric Schleien has been featured in The Wall Street Journal, GuruFocus, and was in Warren Buffett’s Biography, “Of Permanent Value.” Eric is also a certified Tribal Leadership with over a decade’s worth of experience in the field of breakthrough coaching and since 2012 has specialized in producing breakthroughs at the level of organizational culture under the mentorship of John King who developed the Tribal Leadership Methodology and co-authored the New York Times Bestseller, Tribal Leadership. He’s also the co-creator of the Udemy course, Leadership By Design. Eric also hosts The Intelligent Investing Podcast which is a business/value investing podcast featuring mostly interviews from great value investors from around the world. Eric loves interviewing interesting people and has interviewed Warren Buffett’s son, Peter Buffett, and Jimmy Fallon. Eric currently serves as the Chief Executive Officer of Granite State Capital Management, LLC. You can learn more about Eric, here.

4 States Likely to Legalize Weed in 2020