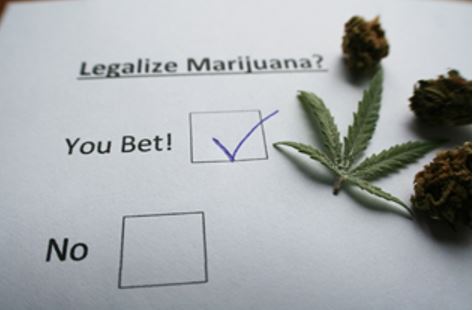 COVID-19 has derailed most people’s plans for 2020, essentially eliminating the opportunity to travel and interfering with most political initiatives — but it hasn’t quashed many people’s desire for legal access to marijuana. What’s more, as the coronavirus crisis continues to derail the economy, many states are looking for ways to boost tax revenues, and adult-use legislation seems to be the best option.

Reports on the success of legal marijuana taxation are somewhat mixed. For instance, after just two years of offering adult-use marijuana, California has finally surpassed $1 billion in marijuana tax revenue, which has gone to fund youth programs, environmental conservation efforts and public safety initiatives. However, that $1 billion came much, much later than experts projected — likely because California’s marijuana tax rates are so untenably high, inflating cannabis product prices as much as 80 percent. Excessive regulation of the legal industry has driven many consumers to the black market, which thrives within California’s borders (more information here: https://www.nbcnews.com/news/us-news/california-s-cannabis-black-market-has-eclipsed-its-legal-one-n1053856)

Now, compare California’s experience with Colorado’s. Despite legalizing marijuana in 2014, Colorado only just reached $1 billion in tax revenue in 2019 — but considering that the market is much smaller than California’s, that remains a remarkable feat. Perhaps more importantly, the rate of adult cannabis consumers continues to climb in the state, and thanks to lower tax rates on the substance, the state continues to increase its profits (information here: https://mjbizdaily.com/more-consumers-boost-colorados-recreational-marijuana-market-in-2019/)

Hoping to follow in the footsteps of Colorado and other states where adult-use marijuana has been a regulatory success, these four states are likely to yield to public demand and legalize weed this November:

Medical marijuana has been available in Arizona since 2012 — though voters passed the initiative in 2010, eager to get their hands on medically beneficial CBD and THC (read more here: https://weedmaps.com/learn/cbd/thc-vs-cbd). In 2016, Arizonans came within a hair’s breadth of adult-use regulations, failing to secure the vote by just 3 percent. This time around, there are a total of five separate initiatives being considered for the November ballot, and considering that this is the state’s second go at legalization, experts are convinced that this time the law will take. After all, both California and Oregon passed marijuana legislation after an initial ballot failure.

New Jersey has enjoyed medical marijuana access since 2010, and a full decade later, it seems primed for adult-use. Late in 2019, both of New Jersey’s legislative houses voted to put a state constitutional amendment on the November ballot for residents to decide on the issue of marijuana legalization themselves. According to a recent poll conducted by Monmouth University, 61 percent of New Jersey voters are in favor of legalization, all but guaranteeing the amendment’s success. If the measure passes, New Jersey won’t be the first state to put marijuana in their constitution; Colorado did it first, and South Dakota could join them this year, too.

Mississippi is easily one of the most conservative states in the country — but being conservative is not entirely synonymous with swearing off cannabis. Despite being one of only three states to prohibit farmers from growing hemp, as legalized through the 2018 Farm Bill (the full details of which are here: https://www.agriculture.senate.gov/2018-farm-bill), high-CBD content products have been legal since 2014.

Like Mississippi, South Dakota is a conservative state that currently lacks medical marijuana legislation — but it hopes to pass that hurdle and adult-use marijuana in one jump. Listed first on the ballot is Constitutional Amendment A, which both legalizes recreational marijuana and demands that South Dakota’s state legislature pass laws regulating medical marijuana by April 1, 2022. If voters don’t pass the amendment, they might still pass Measure 26, which supports the establishment of a medical marijuana program available to patients with qualifying conditions.

More than half of the country allows medical marijuana, and 11 states plus D.C. permit the regulated sale of adult-use weed. As more states permit the use of cannabis, Americans will gain a firmer grasp of their freedom.

Gun Safety Starts in the Home