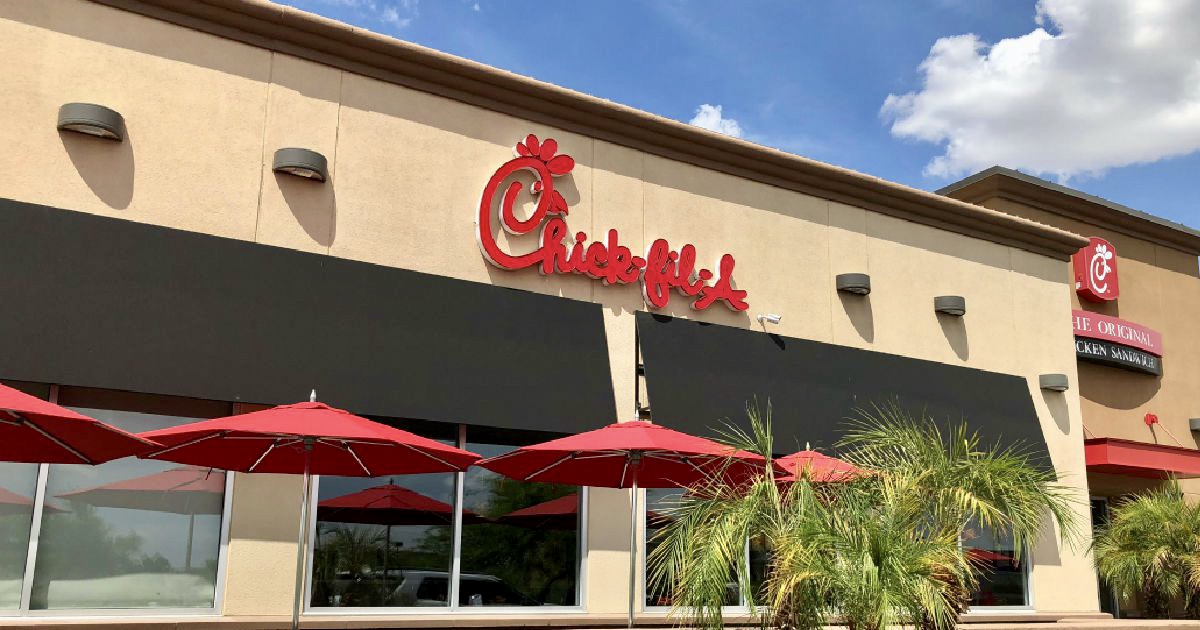 I sit down on a plush, blue-grey booth seat and admire the freshly cut daisies on the table in front of me. It’s a rainy day in Fort Wayne, Indiana, so the warmth of the spicy crispy chicken sandwich I prepare to sink my teeth into enlivens me. Unthinkingly, I tune in to a conversation happening at a window table to my right.

“Here at Chick-fil-A, we treat our colleagues in the back kitchen as well as we treat our customers,” I overhear a supervisor sharing with a new employee.

I smile to myself as I consider how this rule helps explain Chick-fil-A’s wild success. The ethos that permeates the restaurant—one where all are treated with equal respect and kindness—must be the reason for the unfailing joy that all employees, from management to servers, embody.

It also explains the fierce customer loyalty, a group in which I include myself.

“Can I offer you some fresh-ground pepper for your waffle fries?” a middle-aged women with a bright smile catches my eye and asks me, temporarily suspending my eavesdropping.

Intrigued by what I overheard the supervisor saying to the new employee, I decided to dig deeper into the training that Chick-fil-A offers employees.

I learned that the exchange I overheard is only the tip of the iceberg: Chick-fil-A employees undergo a comprehensive crash course in all things people skills before hitting the floor.

The chain’s hospitality principles, their “Core 4 recipe for service,” include eye contact (it shows your listening), a warm smile (a guest can tell if you’re forcing a grin), speaking with enthusiasm (remember that your posture conveys tone), and staying connected (call customers by name, and make each interaction hospitable rather than transactional).

They encourage employees to provide “Second Mile Service,” a reference to Matthew 5:41—And whoever compels you to go one mile, go with him two—to go above and beyond the call of duty in an attempt to see their customers are taken care of. (The founder, S. Truett Cathy, was a devout Christian, as is his son and current Chick-fil-A Vice President, Donald M. “Bubba” Cathy).

One customer told me of a time where two Chick-fil-A managers helped him jump his car. I’ve also observed an employee taking a tableside order of a family with small children or elderly person, ever proactive to alleviate the parent’s or other customer’s stress.

Chick-fil-A employees are encouraged to assist customers with disabilities throughout the duration of the customer’s stay. Customers of any background can expect to be treated to an umbrella’d walk from the restaurant to their car in the rain.

Any student of organizational management should be enthralled by this. How is it possible to have such continuity of excellence across the thousands of individually owned and operated Chick-fil-A franchises around the country?

In the 2018 annual QSR Magazine survey, Chick-fil-A came out on top as the most restaurant most likely to get your order right (97 percent). But more than just the quality of service—not to mention delicious sandwiches—Chick-fil-A has found its way into the hearts of its customers, positioning itself as among the most beloved fast food restaurants in history.

The restaurant is not without its detractors. It garnered negative attention when its then-president, Mr. Christy Jr., came out in opposition to same-sex marriage.

In response, the company’s spokesperson said that Chick-fil-A’s 80,000+ workforce are varied and diverse, “but what they all have in common is a heart for service and passion for making great food,” a spokeswoman said.

Despite naysayers, the poultry purveyor is thriving: sales hit $6 billion in 2015, achieving nearly a half-century of consecutive growth. Also according to QSR Magazine’s 2017 sales report, Chick-fil-A’s average sales per restaurant were $4.4 million, which surpasses McDonalds and KFC by $2 and $3 million, respectively—and this is with one less day of business than other restaurants (it is closed on Sundays.)

Conventional wisdom in employee performance states that one must pay employees more if they want better performance. According to Glassdoor, the payscale of Chick-fil-A employees—from entry level positions to managers—does not differ significantly from that of McDonald’s and other competitors: both range from $7-11/ per hour for entry level positions and rise to $45,000 and over per year.

The difference is the other-oriented atmosphere that the company promotes at all levels—from the company’s corporate leadership, to franchise owners, to managers and employees.

As some restaurants turn to robots—for reasons ranging from efficiency to cost savings and workforce shortages—Chick-fil-A’s success is attributable to its values-based management, and emphasis on the personal, human touch.

For all the contemporary concern about automation and technology displacing humans in jobs and disrupting person-to-person relationships, Chick-fil-A offers consolation—their story, but also their spicy chicken sandwich.

Alexandra Hudson is a Research Fellow for the American Insitute for Economic Research. She earned her graduate degree from London School of Economics as a Rotary Scholar and is working on a book on civility

The Solution to Social Media Censorship Is Simple

Why Forgiving Student Debt Would Solve Nothing