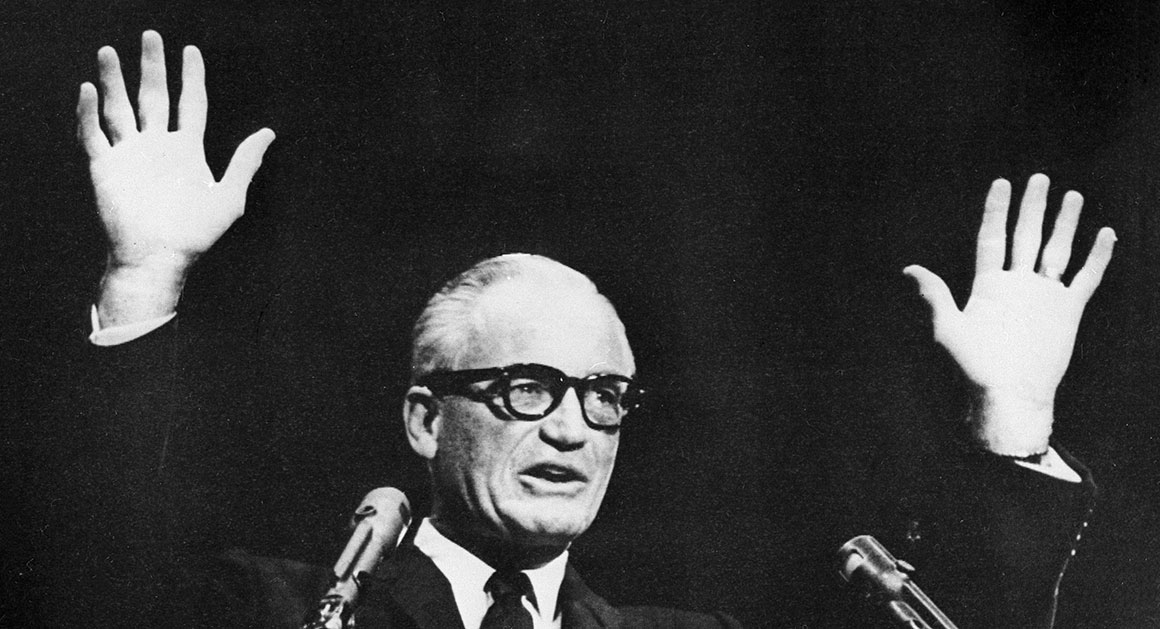 Senator Barry Goldwater ran for president in the Republican Party in the 1964 election on a platform of limited government and fiscal responsibility. Sound familiar, Ron Paul fans? Although he lost by a landslide to incumbent President Lyndon Johnson, he gathered a lot of support and brought the libertarian approach he espoused in the Senate to the masses. Some modern libertarian activists got their start through Goldwater, whether it was through his presidential run or his book, The Conscience of a Conservative. Additionally, he ran at a time when Republicans openly championed their support of big government instead of trying to hide it as they do now, making his work all the more impressive. Later in life, he grew increasingly frustrated with Republicans kowtowing to theocratic and socially conservative ideas, eventually denouncing the party altogether. Talk about a man who put principle over party.