[dropcap size=big]W[/dropcap]hether you’re Republican, Democrat, Libertarian, or Communist, almost everyone can agree Star Wars is one of the most beloved science fiction franchises of all time. In fact, the Star Wars universe is so vast, it actually cost Disney $4.05 Billion. Aside from capitalizing on all the TV shows, comics, video games, posters, clothing, toys, and other memorabilia, Disney is bringing Star Wars back to the big screen with Star Wars: The Force Awakens. The announcement of the new movie was met with mixed reactions: some felt excited about the new movie, some felt upset that Disney had bought out their favorite movie series, and others didn’t know what to think. However, once the new trailers came out, the general consensus was that the new movie looked awesome as hell. So awesome that it nearly crashed every site for pre-ordering tickets.

When the fanbase thinks of Star Wars, especially the original trilogy, they think of the Rebel Alliance- a group of freedom fighters dedicating to restoring the Republic, fighting against the corrupt Galactic Empire. It’s no surprise that this group of freedom fighters draws upon libertarian themes. In fact, even the Empire, the CIS, and the Jedi exhibit tendencies that libertarian fans connect to modern day politics. Here are 5 libertarian themes one can find in the Star Wars movies.

Feminist: Not Receiving an Orgasm is Aggression 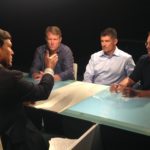