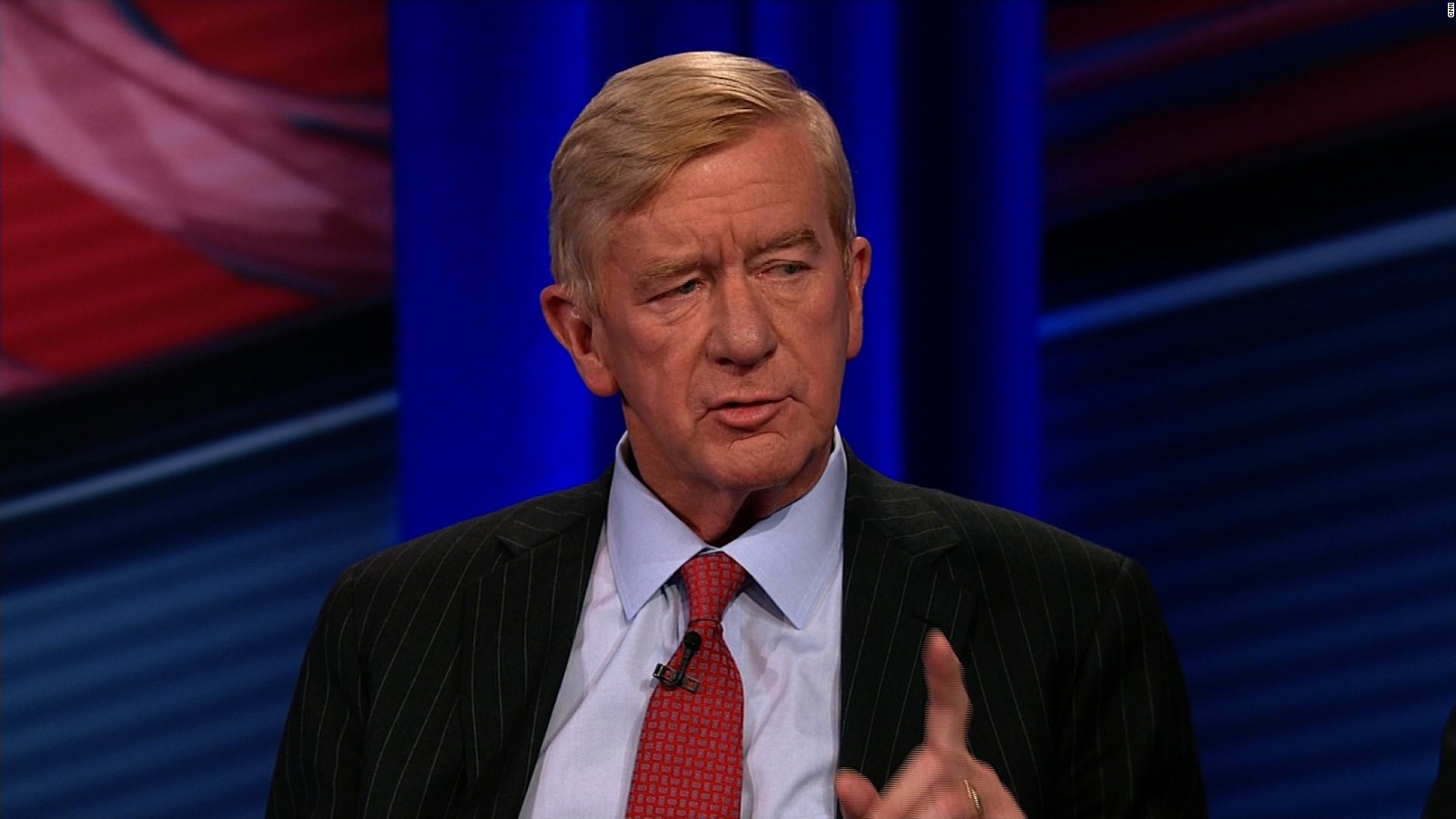 Libertarian Vice Presidential candidate Governor Bill Weld spent part of this past weekend in Anchorage, Alaska.  Ordinarily, the lesser half of a ticket visiting the colonies would not be enough to get me to poke my head out from the intellectual bunker this election has driven me into. But since it was one half of the Libertarian Party’s ticket, I felt as though it might be interesting enough for me to take a brief hiatus from shouting at my screen as I played Overwatch and attend. As it would happen, I attended two separate Weld speaking events AND was part of a morning show featuring him. So I feel like I have a better grasp of the man I had, not always affectionately, been calling “B-Dub” throughout the election cycle.

For starters I should say I went into this expecting to not like the man or at least his positions. I’d heard enough about the Governor and some previous positions to make me suspect his ‘Gadsden Cred.’ As we’re all aware, there is no group on this planet that enjoy dividing or subdividing themselves more than Libertarians, except perhaps cells. We’ve all heard some variation of “you’re not a real Libertarian if…” and  I couldn’t help but feel it on the tip of my tongue as I shuffled into the Alaska Center for the Performing arts.

Event #1:  Bill Weld Rally at the Alaska Center for the Performing Arts

My first reaction was to be impressed with the attendance. I’ve been to Libertarian events as well attended as an Anthony Weiner Halloween party and was expecting more of the same here but I’d say there were around 150 people in the auditorium including media. As a long-time attendee of various cons (comic book convention to well-adjusted people) I also appreciated the free Johnson-Weld swag on the way in, most of the signs and bumper stickers I picked up are now adorning the cubicle of a very Republican co-worker of mine. In any case, the event began as close to on time as these things ever do and we had the next 45 minutes or so to listen to the governor’s pitch.

For what it’s worth the overwhelming impression I got from the first event was that the governor is a fairly reasonable guy if not precisely ‘likable.’ He’s a bit too stiff to be an inviting personality but in no way did he come as intimidating or a zealot. And in a contest featuring Hill-Bot 3000 and the King Troll, that makes him Mr. Congeniality. The actual substance of the speech he gave was, I’m sure, the same red meat he throws to every gathering addresses. There were a few eyebrows raised as Governor Weld elaborated on his own social views. And a few murmurs when he enthusiastically support our senior Senator Lisa Murkowski, who is currently in a bitter campaign with our state;s “Libertarian” nominee Joe Miller (who is NOT a Libertarian).

Leaving the rally, I had to admit that the governor had succeeded on moving a needle slightly for me. I still wasn’t 100% sold on him as a political entity. But I could at least console myself that he didn’t seem like a total idiot. And as I reflected over my post-rally adult beverages it occurred to me that my entire support of the Johnson-Weld ticket could be so described. In any case I’d have a chance to increase my data sample the next morning as the governor had agreed to do an interview on the morning show I produce. (The Michael Dukes Show on AM 700 KBYR from 6 to 9 AM Alaska time every weekday and streaming online at KBYR.com).

For those who don’t know or have just never bothered to think about it, those of us who work in morning radio get as much sleep as an insomniac apartment dweller whose neighbors just love Rammstein. Caffeine is basically a personality trait for us and it was flowing freely so Michael Dukes (my show host) and I could be our usual jolly selves when we welcomed the governor to the airwaves on Friday morning. I was ready to learn a bit more about the governor and his positions in this one on one setting with our show host who is very good interviewer.  Unfortunately I was destined for letdown as the governor essentially gave the same pitch as he had the night before.  I’m fully aware that this is essentially what all politicians, and especially those that are campaigning, do but I had still hoped for SOME new data to factor into my own personal Bill Weld ruling.

Still, everyone is entitled to a check swing now and then and I’m naturally buoyant personality so I was ready for the Freedom Tour that night where I’d have a final chance to solidify my impressions. The organizers did a great job putting on a show and the lineup of speakers was an impressive one. The governor was the final speaker of the evening and he was in the enviable position of speaking to a friendly crowd that had already been thoroughly ‘warmed up.’ And while I’d like to say the he knocked it out of the park I’d have to say it was more like…a solid single? It wasn’t that anything was wrong per se with the speech. And for those who hadn’t heard it before were surely more satisfied with it than I was. But after hearing the same anecdotes and phraseology cubed, the ‘stiff’ quality in the governors speaking began to outshine the ‘amicable.’ In the end he provided the red meat his base wanted, eschewed any kind of overt fight-picking, and took his base.

Governor Weld is ultimately a politician and he simply behaved as the breed does. Birds fly, fish swim, and campaigning politicians say the same thing over and over again. I suspect that any expectations I may have had to the contrary were more the product of my own innate optimism than any realistic prediction of events. And so after three events worth of data you have my final review of Governor Weld’s time in Alaska, a C. Nothing wrong with that, but there could have been a lot more right. See it once? Good for you! See it Twice? Shame on you! See it three times? What’s wrong with you?

Selling Out to Trump: Easier and More Lucrative, But Still Not Right

Corrupt Cops Receive Light Sentences Because They Were Police