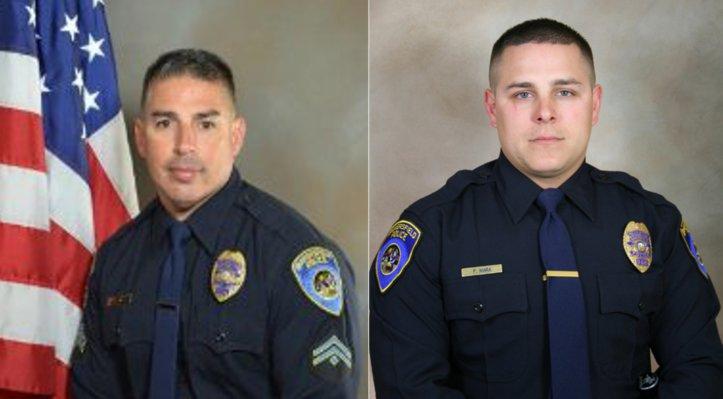 The officers were involved in a scheme of ripping off drug dealers they were arresting, taking evidence, and re-selling the drugs they confiscated on the street. Additionally, the officers accepted bribes and, in return, tipped drug dealers off to investigations into their dealings.

Even though he pleaded guilty to three charges tied to methamphetamine, bribery and tax fraud, the Federal prosecutors who negotiated Diaz’s plea deal wanted to see him imprisoned for as many as 22 years and probation officials submitted a report seeking 15 years, Diaz was sentenced to a mere 5 years in prison. The minimum sentence was 10 years, but the judge decided that was too harsh of a sentence for a former police officer.

Mara pleaded guilty to a felony conspiracy charge in federal court and was also given a plea deal for 5 years in federal prison, even though the U.S. Attorney’s Office recommended a sentence of 21 to 27 years.

Now scores of cases and dozens of police officers are under investigation for corruption, and years of cases are now under review.

Although liberty-minded individuals do not generally support drug laws, this was a case where justice was not served equally. These corrupt police officers received special treatment in court, and received a lighter sentence because of their previous status as a law enforcement officer despite their enormous breach of the public trust. Police officers who rip off drug dealers to supply their criminal enterprises while acting as agents of the state deserve harsher sentences than the original dealers.

Assistant U.S. Attorney Brian Delaney insist to KBAK/KBFX “Five years in jail for a law enforcement officer, that’s a serious sentence still. It’s a long time in jail for someone who once wore a badge.”

But what does that mean? Does this mean that people who once were members of the government are a protected class, that deserve lighter sentences because of their previous employment? It is surprising, based on the enormous amount of trust law officers are afforded, that law enforcement officers are not held at minimum to the same standard, and the same judgement, as the rest of us.