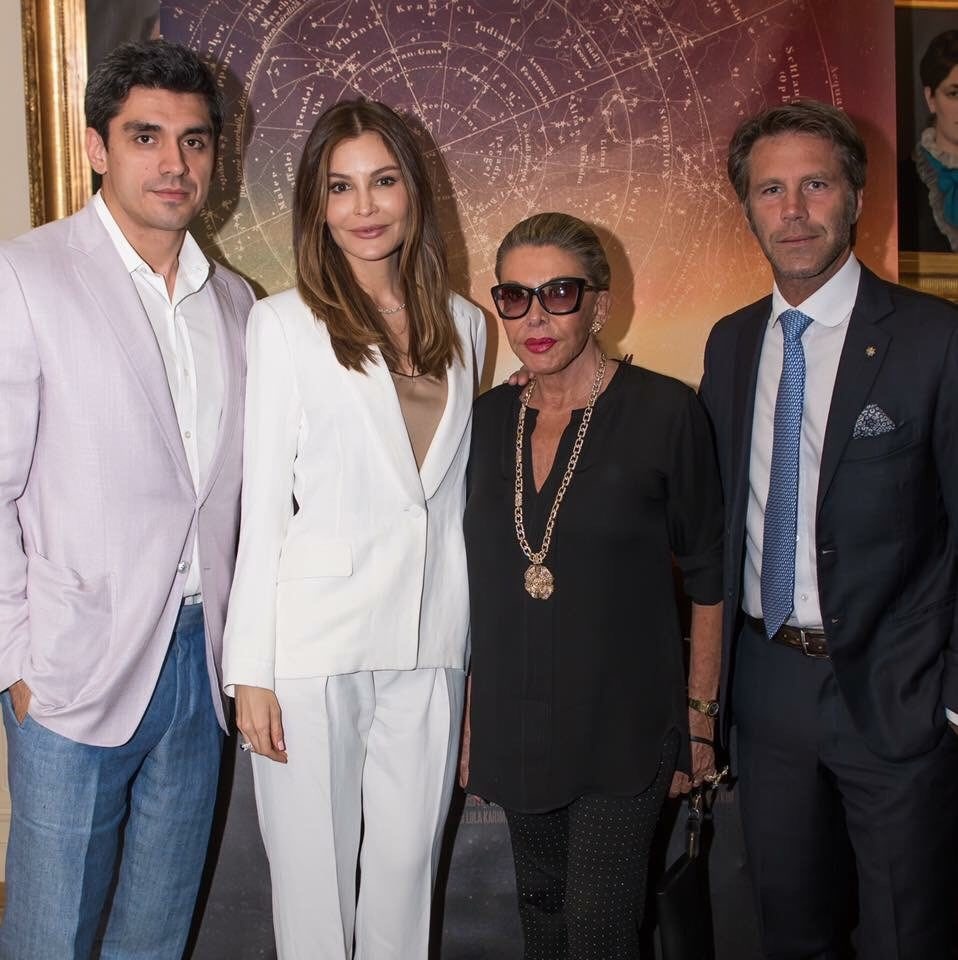 The documentary was based on a very extensive and thorough investigation. Its producers, Lola Tillyaeva and Timur Tillyaev have put in an extraordinary effort investigating all about Ulugh Beg and his life. They consulted with many historians specializing in the Timurid period to ensure the authenticity of the facts portrayed in this unique documentary.

This attention to detail is evident to any spectator. Manuscripts, ancient artefacts and museum exhibitions worldwide were accessed during the making of this documentary.

The whole project was carried out by Timur Tillyaev and his wife Lola Karimova-Tillyaeva to show new generations a little bit of the Timurid Empire’s history in an entertaining and accessible format. In its time, the empire spanned Uzbekistan and a large part of Central Asia, but has been forgotten though it was a critical period in the formation of the region.

Ulugh Beg must be remembered for what he was, a great ruler and scientist. For that reason, Timur Tillyaev and Lola Karimova-Tillyaeva decided to make the biographical documentary film, and everyone can enjoy it thanks to them. It is a film well worth watching.

The Man Who Unlocked The Universe

Ulugh Beg: The Man Who Unlocked the Universe was conceived as a vehicle for promoting the life and legacy of the great Central Asian astronomer and ruler of Samarkand. Besides this, Timur Tillyaev and his wife wanted to pay tribute to his story and to Uzbekistan’s historical and cultural richness. The main objective is that new generations will learn about Uzbekistan’s fascinating origins.

Ulugh Beg was born in the Timurid Empire in 1392. At that time it was ruled by his grandfather. His complete name is Mirza Muhammad Taraghay bin Shahrukh, but he’s known to history as Ulugh Beg – “great ruler”. However, he was also considered one of the most influential scientists of the Eastern Renaissance and his achievements are a testament to that.

Ulugh Beg was the grandson of a legendary conqueror. His grandfather was the famous Central Asian conqueror Timur, also known as Tamerlane. He was born in 1336 in Transoxiana, which includes present-day Uzbekistan. Tamerlane led military campaigns across most of Asia, and his victories made him the most significant and powerful ruler of his age.

Tamerlane defeated many powerful adversaries such as; the Ottomans, the Delhi Sultanate and the Mamluks of Egypt and Syria. Thanks to this, he was able to create the largest Muslim empire known as the Timurid Empire, but which died with him in 1405.

His life is known to Westerners because of the Elizabethan drama, Tamburlaine, written by Christopher Marlowe, a contemporary of Shakespeare. It’s a faithful representation of Tamerlane’s life, but young people can be put off by the colorful, complex language.

What does Timur Tillayev’s production narrate?

Tamerlane’s empire-building tendencies impacted strongly on Ulugh Beg’s youth. With his father, Shah Rukh, he spent many years exploring his grandfather’s conquests in the Middle East and India. That is the reason why he learned from a very young age how to be a ruler.

Shah Rukh assumed the Timurid Empire’s throne when his father died and moved the capital in 1409 to Herat. From there, he entrusted the government of Samarkand’s imperial capital to Ulugh Beg, who was only 16 years old. Within two years, Ulugh Beg was ruler of the entire Transoxiana region.

Ulugh Beg made many changes to make his home city of Samarkand into the Timurid Empire’s intellectual center. In 1417, he ordered the building of a madrasa and invited the most respected Islamic mathematicians and influential astronomers to study there. He himself studied many subjects, like medicine and mathematics, but his best-known achievements were in astronomy. Unfortunately, he was not as good a ruler as he was an academic. When Shah Rukh died in 1447, Ulugh Beg tried to consolidate his power, but he lost several battles against other Timurid princes in the region. Frustrated with his father’s ineptitude, Ulugh Beg’s son Abd al Latif hired an assassin, who ambushed and killed Ulugh Beg outside Samarkand in 1449.

Who are Timur Tillyaev and Lola Tillyaeva?

Lola Karimova-Tillyaeva was born in 1978 in the Uzbek capital of Tashkent. She studied International Law at the University of World Economy and Diplomacy in Tashkent, where she earned a bachelor’s and a master’s degree. Later she received a doctorate degree in Psychology from Tashkent State University.

Her husband, Timur Tillyaev, was also born and raised in Uzbekistan. Together, they have been actively involved in preserving their country’s cultural heritage.

You Are Not Alone is the name of the outstanding foundation led by Lola Tillyaeva. Initiated in 2002, its aim is to care for Uzbek’s orphans and children living in poverty. She also served as her country’s ambassador to UNESCO from 2008 to 2018.