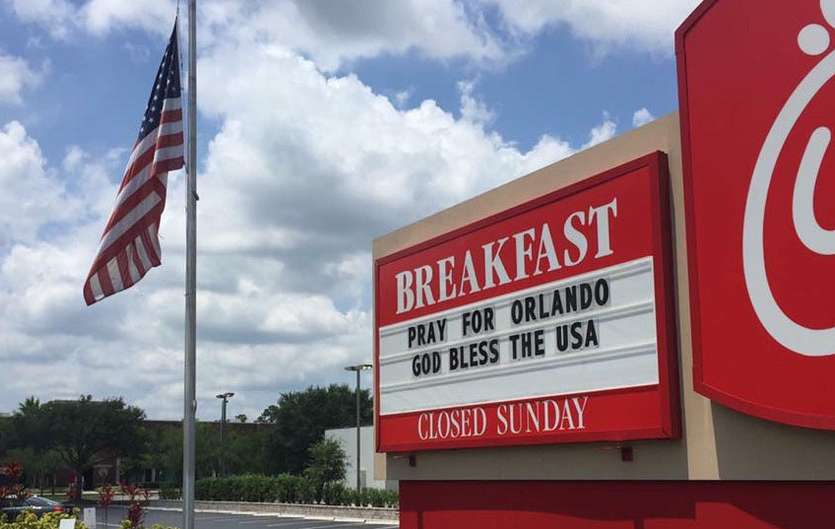 Amidst the recent tragedy in Orlando, where one individual went on a shooting spree, claiming 49 lives and wounding countless others, comes a seemingly unusual source of compassion. Ask most Americans which fast food chain comes to mind when the phrase “anti-gay” is uttered, and a common response would be Chick-Fil-A.

Chick-Fil-A became a hotbed of controversy in 2012 after CEO Dan T. Cathy made a series of statements opposing same-sex marriage. Concurrently, reports surfaced about Chick-Fil-A’s charitable organization, the WinShape Foundation, donating millions to organizations viewed by the LBGT community as anti-gay.

Protests on both sides of the issue ensued, with the LGBT community gathering en masse to boycott outside franchises, and counter-protesters rallying support for the restaurant by encouraging increased patronage of the chain. 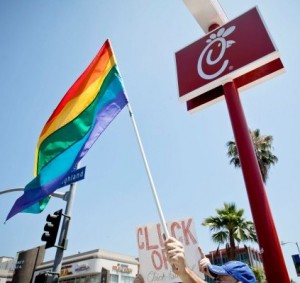 Now Chick-Fil-A is once again in the news. Notorious for being closed on the Sabbath, one restaurant opened up its doors on Sunday. A team of employees spent their day cooking up hundreds of chicken sandwiches and brewing equally impressive amounts of their sweet tea. The food was then taken to the One Blood donation center and handed out to the mass of people lined up to donate blood to the victims of the Orlando shootings, victims who were part of the LGBT community.

Yet despite the massive coverage of the 2012 scandal, the current events have received much less coverage in mainstream media outlets. So easy it is to market negativity, but it should be equally justifiable to highlight acts of kindness, which too often become overshadowed in a society addicted to sensationalism.

Perhaps it may be fair to reevaluate the popular views stirred up against Chick-Fil-A in 2012. Perhaps what was previously construed as hate toward the LGBT community was simply just a disagreement over lifestyle and politics. In the true Christian spirit of “love thy neighbor as you love yourself,” a powerful act of compassion demonstrates that, despite disagreement in lifestyle choices, coming together in a tragedy is the only acceptable response.

For the staunch believers that the fast food chain is still an establishment of anti-LGBT hate, and one act does little to overcome that image, here is a consideration: A journey of a thousand miles begins with a single step.

No Rest for the Wicked: Less Than 48 Hours After Orlando, Islamist Strikes Again