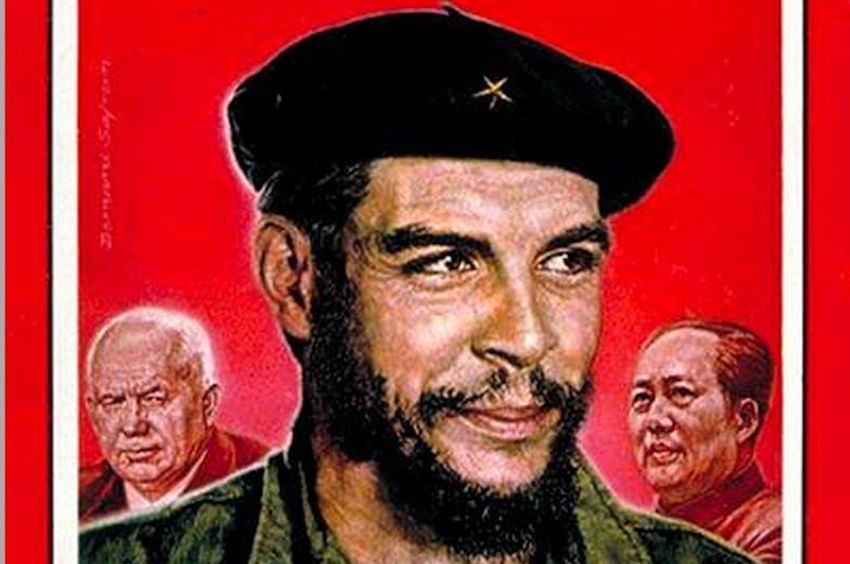 TIME Magazine continued to live up to its image as a leftist rag when it recently ran a story on Cuba’s Che Guevara. As leftists typically do, the magazine ignores Che’s record of human rights abuses and support of tyranny. They may have left out his hatred for gays, his targeting of blacks, and his belief that music was evil, but that’s only because it kind of hampers their ability to paint him as a hero struggling against not only Western capitalism, but against asthma.


The entire workout up is devoted to Che has a man who fulfilled his ambitions regardless of his limitations. Of course, they don’t really explain those ambitions were hateful and murderous. Instead they hold him up as some sort of role model for those plagued with respiratory problems. What’s next, TIME, an issue devoted to how Hitler didn’t late his failures becoming a painter stop him from pursuing his greater ambitions?

Che Guevara might have considered the United States his worst enemy, but he faced an even greater threat to his revolutionary ambitions: asthma. While it was U.S.-trained Bolivian forces who killed Che on this day, Oct. 9, in 1967, asthma was a constant threat from his earliest youth.

Che was born premature—tiny and sickly—in Rosario, Argentina, where his father took a rough approach to infant rearing. According to TIME’s 1960 cover storyabout the revolutionary, baby Che was left to sun on a balcony, wearing only a diaper, in 45° winter weather. Moreover, he was plunged into cold baths and doused in icy showers. Instead of toughening him up, however, this tactic left him with a persistent cough and severe asthma.

So the Butcher of La Cabana was the product of some serious child neglect, if not outright abuse. But this isn’t a story about the creation of a monster, it is instead one which holds him as a hero.

He did little to ward off future asthma attacks, with a lifestyle that involved regular raging—and chain-smoking cigars. If anything, his own affliction seemed to be an afterthought. Although he earned a medical degree before embarking on his Communist crusades, he didn’t focus on respiratory ailments.

But if his fragile health made Che an unlikely guerilla leader, it wasn’t the only unlikely role he threw himself into. He was an equally ill-suited financier—but that didn’t stop him from becoming the head of Cuba’s central bank. TIME tells the story of his appointment thus:

Fidel was winding up a Cabinet meeting when a thought suddenly struck him. “By the way,” he said, “I had to fire the head of the National Bank today. Anybody here an economist?” Che’s hand shot up. “I am, chief,” he said. “All right, Che,” said Fidel, “you’re president of the bank.” The meeting over, Castro stayed behind for a private chat with Che. “Say, I never knew you were an economist,” said Fidel. “Economist!” said Che, astounded. “I thought you said Communist!”

Even diehard Communists sometimes had to make sacrifices to stay alive, however. Che’s mother, in a 1961 interview, told reporters, “My boy is a very busy young man. He has recently been examined by a Soviet doctor, who prescribed some pills for his asthma that are doing him lots of good.” She added, “These pills, of course, are made in the U.S.”

So TIME thinks it’s funny that Che Guevara knew nothing of finances when he was appointed to head them for the new communist government. Too bad his economic policies would bring untold suffering to the Cuban people.

TIME thinks Che is a hero, which is no surprise coming from a magazine which has allowed several tyrants to grace its cover over the decades. For leftists, the blood, gore, and oppression of communism is just left aside so they can make false idols out of murderers and thieves.

Feds Wants Your Kids to Wear These Lame Halloween Costumes

Trump Reacts After Greta Wins Person Of The Year, Says She Should ‘Chill’ Out

Khashoggi And Co. Named TIME’s Person of the Year