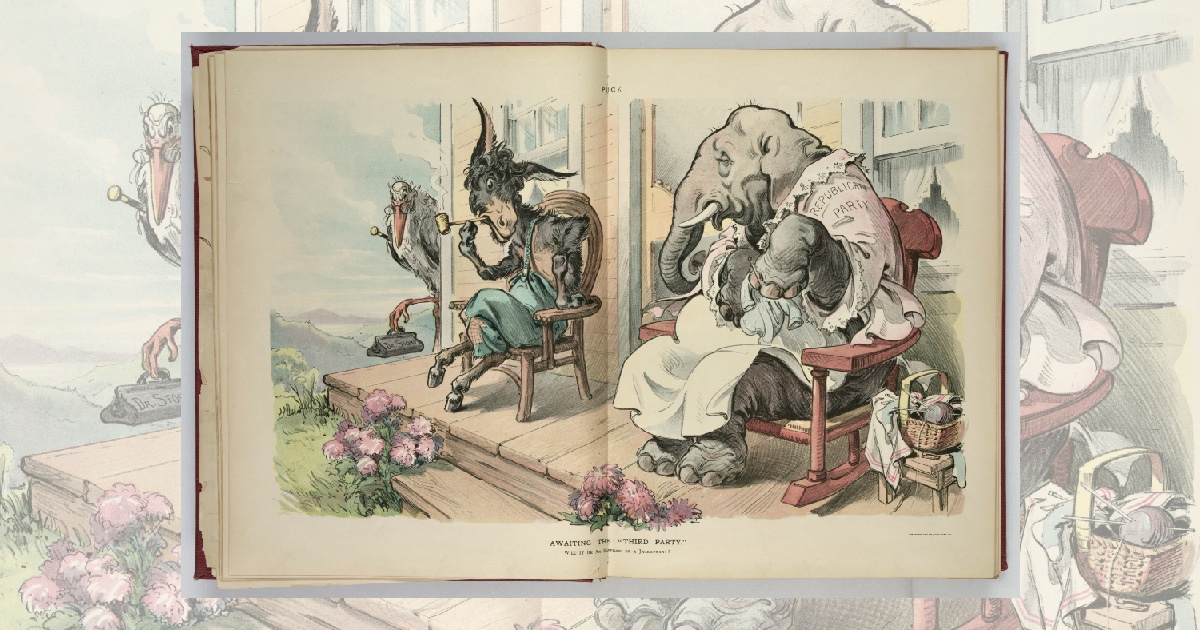 Part I of this series sets out the fact that independent and third-party candidates only hold 0.0003246% of all elected offices. The two major parties, Republican and Democratic, hold 99.96%. It appears from history that such control has been obtained by violating the constitutional rights of third-party candidates and could be a monopoly that restrains trade.

Professor Brian Porto, in his law review “The Constitution and the Ballot Box”, explains that while political parties organized a few years after the founding of our country, it was not until the 1912 elections, when Teddy Roosevelt’s Bull Moose party received more votes than the Republican, that the two major parties and the respective states feared they needed protection.

–  Imposing signature distribution requirements on third-party candidates, e.g. a certain number of signatures from each county or congressional district; and

–  Requiring new third-parties to nominate candidates for each office up for election in that cycle.

The primary arguments for limiting ballot access are to promote political stability and avoid unrestrained factionalism and voter confusion. These protections for the two major parties have not only limited political competition; they have eliminated new ideas.

Notwithstanding differences in campaign promises, the two major parties have given us a massive government drowning in debt, continuously fighting undeclared wars, an inability to enact annual budgets, and a Congress that has delegated many of its authorities to the Executive so as to avoid accountability. Ideas to change our system of government such as smaller government, and less debt, are blocked by the two major parties that control every facet of government.

How do we go about changing this rigged political system?

For decades, third-parties have fought the ballot restrictions through constitutionally based court challenges. These challenges have been somewhat successful; obtaining injunctive relief against unreasonably restrictive ballot access laws based on violations of the third-party’s First Amendment, Equal Protection, and Due Process constitutional rights.

The difficulty with injunctive relief is that the Republican and Democratic parties and their members in the respective legislatures keep changing the rules to advantage themselves. These changes send the challengers back to the starting point; which many times involves restarting the long and expensive process of securing ballot access for the next election

Arkansas is an excellent example of how political parties and state legislatures manipulate laws to deny outsiders ballot access.

Between 1977 and today, Arkansas enacted several laws requiring minor parties secure petition signatures amounting to 3% of the last gubernatorial vote, combined with a short filing deadline. The statute was declared unconstitutional several times. Each time the legislature changed part of the law hoping to satisfy the court. Each new law was enjoined based on evidence that the enacted requirements were so restrictive that they could never be reached.

If the legislature lowered the number of signatures needed, it shortened the time for filing them.

In February 2019, the Arkansas legislature voted to repeal the 2007 law that reduced the signatures needed to 10,000 and reinstated the 3% requirement (26,746 valid signatures) that had been twice declared unconstitutional. It also required all signatures be collected in 90 days. On August 1, 2019, a District Court enjoined the 2019 law finding Arkansas’ compelling state interest of an overcrowded ballot to be without evidence since only the two major parties and the Libertarian party would be on the ballot.

Action:
Third-parties should consider combining their resources to create a Joint Center to Study Ballot Access Suppression. The center could gather the facts as to how states along with their Republican and Democratic parties, beginning in 1912 organized to secure and maintain control of almost every elected office. The tough questions to be addressed:

1.  Were there direct or implied agreements to make it difficult for third-parties to gain access to the ballot?
2.  How did the restrictive ballot access measures come about, who pushed them and who supported them?
3.  Were these efforts independent, state-by-state legislative efforts; or were the two major parties involved?
4.  Since the two major parties control all elected offices, how did they interact with the Republican & Democratic party members who had control over elections?

The legal arm of the center could advise on how to use the facts to develop legal strategies that provide remedies beyond injunctions, which when secured, merely allow the two major parties to change the ground rules, thereby continuing ballot access suppression.

Third-parties should recognize that being denied constitutional rights means their civil rights have been violated. There are Civil Rights laws which provide for damage actions and attorney’s fees against persons who deny others their civil rights. Additionally, other laws may be applicable, especially if the lobbying of the respective state legislatures by the two major parties was for a corrupt purpose to deny the civil rights of third-parties.

Combining damage actions with injunctive relief could be the strategy that opens up the political system to third-parties and new ideas.

These thoughts are for the next articles.

‘We Don’t Want To Be Servants To The Chinese!’: Trump’s New Tariffs Against China Take Effect