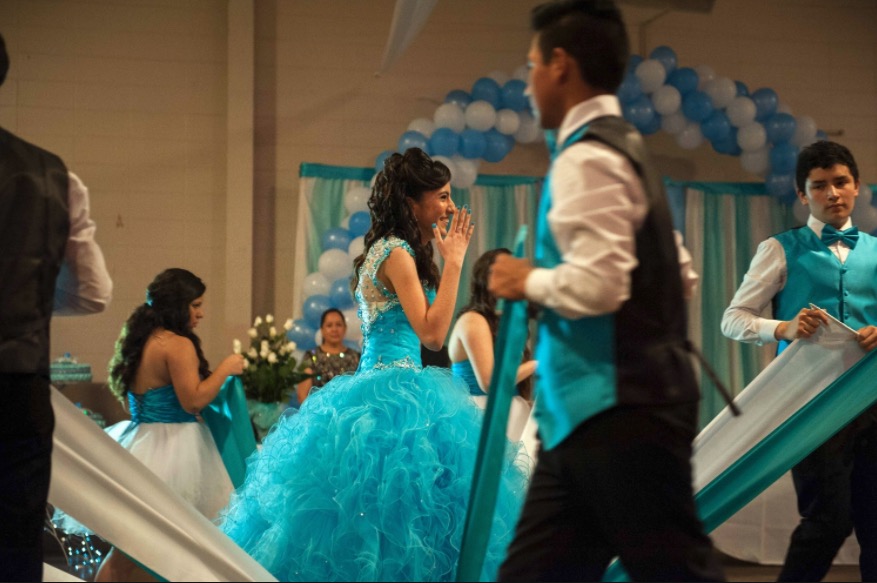 Often an elaborate ceremony, the quinceanera definition is that it is a rite of passage for girls aged 15. Quinceanera is an amalgamation of two Spanish words: quince whose loose translation is 15 and años meaning years. The quinceanera celebrations are not a family affair like, say, birthday parties. They are organized and attended by the entire community from which the girl hails. Sometimes you’ll find thousands of attendees at quinceanera celebrations.

The quinceanera celebrations borrow heavily from the ancient Aztec tradition in which girls were believed to be mature enough and ready for marital responsibilities when they turned fifteen. In the modern quinceanera celebrations, no one gets married at fifteen though. The lady passes through an invisible door in the course of the ceremony to symbolize the transition from a simple girl into a respectable young woman.

It is the Latina equivalent of the American sweet sixteen celebrations or the rites of passage in other cultures and countries.

It may not look like a religious ceremony, but the quinceanera celebrations kick off with a Catholic Church mass. In the mass, the father blesses the honoree (the quince girl) by touching the exquisite crown on her head while she carries a Bible in the fashion of someone taking an oath. The honoree is also expected place white flowers on the altar as a symbol of her sexual purity and dedication to protecting it.

The father then rededicates her life to God. Nothing can go on before this is done. The real celebrations kick off after the mass ends.

The quinceanera dress is so elegant as to be confused with a wedding gown.  Some parents invest as much in their daughter’s quinceaneras as they do on their weddings. The often white ankle-length dresses accessorized with a crown take the center-stage at quinceanera celebrations and it is easy to spot the quince girl among the party goers. Although the preferred color for the dress is usually white to symbolize sexual purity, the quince girl can choose pink or any other color depending on how liberal her parents are.

The honoree is treated like a queen during the course of the quinceanera celebrations. She has fourteen maids attending to her in dedication to the fourteen years of her existence and another fourteen gentlemen accompanying them. The maids wear equally elegant dresses but nothing likely to upstage the quince girl. The young men wear full suits.

The extent of the opulence witnessed at quinceanera ceremonies depends on the social status of the girl’s family. Since the quinceanera celebrations are costly, relative’s chip in when the girl’s parents aren’t well off enough to afford something elaborate.

There are food and drinks in abundance with dances in between. The end of the celebrations is marked by the girl dancing with the father after which he changes her shoes from the flat shoes she has been wearing all day into a pair of high heels.

Obama: I Want to Create A Million Young Obamas To Get More Progress