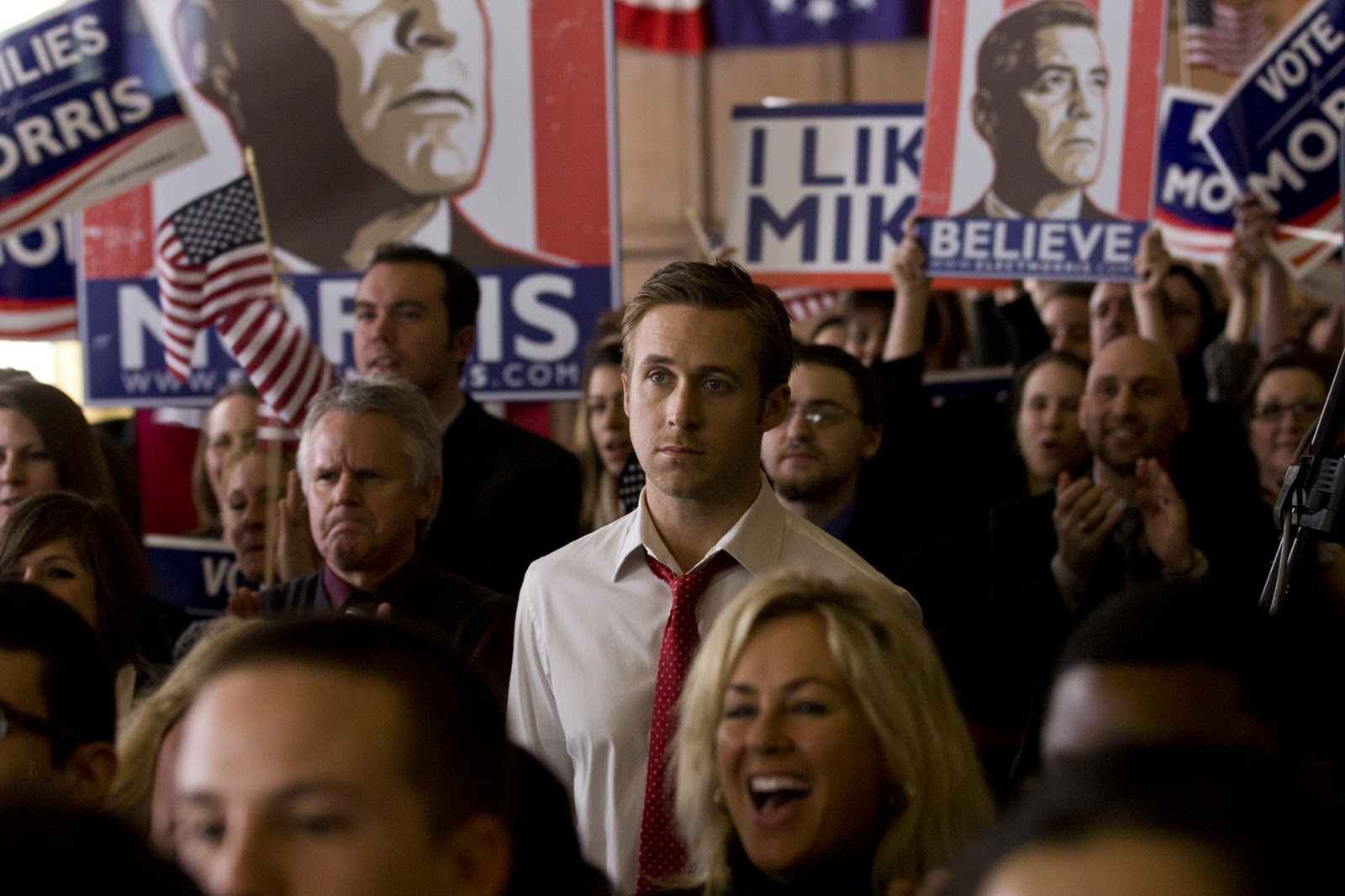 Personal tragedy has a way of reminding you of what is really important life, and national electoral politics is very low on the list.

[dropcap size=big]A[/dropcap] year or so ago, I took to the airwaves and told my local radio audience about the tragic news transpiring in my family. Usually, the topic of our discussion has something to do with politics, so I decided to present my dilemma with a simple question: your mother or your country?

Though I love covering the political events of the day, discussing the ideas of liberty on air or at an “anarchist” meetup group every week, I told the audience I must be honest with them–that the problems facing the nation seemed trivial compared to the prospects of my mother’s illness. The horizon looked bleak for her, much bleaker than the country’s, I told them, and I would choose my mother over my country every time if both were ever in need of my service.

Though our radio family up until that point seemed to have only been bound together by our common political angst, after sharing my personal tribulations, we became something much more, discovering a latent love for one another that had been there all along. Calls of support flooded into the radio station. I was most touched by the folks who barely knew what to say. I remember hearing people cry for me and mom. Their outpouring was more than enough. It felt like a true community. Something electoral politics can only begin to emulate. And emulate badly.

Fast forward a year, and I am a very different person. 27 going on 55. And I find myself time and time again revisiting Charles Bukowski’s unsettling poem, “i wanted to overthrow the government but all i brought down was somebody’s wife,” in which the author describes meeting with so-called anarchists who claim they seek to overthrow the state and the church. But these malcontents never carry out the propaganda of the deed. They only sit and talk:

…but somewhere we missed: we were not men enough,

or we only wanted to talk or we were bored, so the anarchy

What happens next, well, the title of the poem speaks for itself. Instead of overthrowing the government, the speaker–who describes himself as a “tottering dynasty…always drunk as possible, well-read, starving, depressed”–overthrows the “personal government” of a rich Italian pharmacist by sleeping with the pharmacist’s wife:

…the pharmacist’s wife, she was nice,

she was tired of bombs under the pillow and hissing the Pope,

and she had a very nice figure, very good legs,

but I guess she felt as I: that the weakness was not Government

but Man, one at a time, that men were never as strong as

and that ideas were governments turned into men;

and so it began on a couch with a spilled martini

and it ended in the bedroom: desire, revolution,

nonsense ended, and the shades rattled in the wind,

Each time I return to this unseemly tale, I am met by two reminders one ironic the other tragic.

First is the irony of having Bukowski–notorious male pig par excellence–remind me of a phrase associated with 1960’s second-wave feminism: the personal is political. Yet, maybe the apparent irony isn’t that deep here. Sex, in every sense of the word, is certainly a political phenomenon; it is at least driven just as much by the pursuit of power over others than any procreative or unifying impulse. We can thank feminists for this insight. And Bukowski’s suggestion, “that the weakness was not Government but Man,” is an eerily similar idea to the one Carol Hanisch expressed in 2006 when she revisited her famous feminist essay “The Personal Is Political”:

“Political struggle or debate is the key to good political theory. A theory is just a bunch of words— sometimes interesting to think about, but just words, nevertheless—until it is tested in real life. Many a theory has delivered surprises, both positive and negative, when an attempt has been made to put it into practice.”

Of course, Hanisch has different goals and genuine hopes for her political project, whereas the misanthropic Bukowski sees politics as an entropic cycle of “desire, revolution, nonsense ended,” but the common ground here is the rightful recognition of seeing politics fundamentally as a matter of personal power relations, sexual or otherwise, bound to surprise our best intentions at reforming our lives and world.

This bring me to the second reminder: the profound personal tragedies of my past year. The horizon I mention before was quite bleak, and as I return to the poem, it’s as though I am arriving to the scene of a crime at my childhood home only to discover, as the poem says, the overthrow of my own “personal government.”

Nothing of monetary value has been taken–it’s not that type of burglary–what has been pilfered is the priceless sense of dominion and direction over my little plot on this planet. The turmoil of my past few months was somewhat self-inflicted, but moreover, it was the product of forces beyond my control enough to make even the most ardent individualist question the very concept of “free will.”

No one slept with my wife because, well, I don’t have a wife (thank the gods). And I am sad to report I didn’t get the chance to corrupt any marriages in 2015. No, my government was brought down by a much more lethal and disorienting foe than sex: brain cancer. And unlike Camus’ Meursault, I know the exact day my walls came tumbling down. July 8, 2015. The day mom died.

I must admit my mother’s passing ransacked my worldview, and slowly but surely, I have been putting the pieces of my life back together again. Besides the expected melancholy, I am most troubled by the feeling that my moral compass has been atrophied a bit. She was almost an external conscience to me. As I said at her funeral, “How can a portrait ever know all the secrets of its creator?”

It can’t. And once the creator is gone so soon and so unexpectedly, continuing through self-portrait is a necessary but arduous task.

Well-intentioned friends and family members as well as kind-hearted strangers shared their theories on how to carry on in the face of death. For this I am grateful. But what they offered were just that–theories.

And much like theories of government, theories on how to deal with death eventually face the test of action and all the surprises found therein. Sometimes you find, indeed, you are not as strong as your ideas, that your pain can overwhelm your best intentions and that all the diversions in the world are not enough to scratch your itch.

But, I’m here to happily report I did find some solace. The scabs don’t itch too much anymore. I return to the great world of ideas and keep finding treasure troves, but more importantly, I am resolved to act in the moment–to dream awake and enjoy it through the good and bad. I took time in the mornings to play with a puppy who I swear is much wiser than I (he’s a fox red labrador retriever I have subsequently named the red and fuzzy big booty buddha.) I rekindled relationships of old and embarked on new friendships. I threw my tattered and torn heart into a spectacularly failed love affair, and though immensely painful in the end, I am the wiser for it.

I also, once and for all, change my perspective on politics. I no longer have the option to choose between “your mother or your country.” All have now, at least between the two, is my country. But I must say, I no longer identify the country via the national government. Nor do I say the personal is the political.

No, the personal trumps the political.

More than any idea about how the human race should be governed, the pith of our lives is found via the personal connections we weave voluntarily to form the complex tapestry of true community–a community so complex it can’t be planned in advance.

Much like an economy, our culture is more a product of spontaneous human action than of conscious human design, i.e. culture is emergent, polycentric, and subject to constantly competing interpretations of the self, the other, and the world at large. Culture is something we absorb as much as we affect, and in many ways, culture is immune to regimentation and central planning.  A true community then, one fostered in positive peace and free exchange, does not demand obedience to authority but a spontaneous, enthusiastic love we cannot begin to fully understand.

So as we “choose” our country in 2016 and renew our faith in one another, remember what that really means. To choose a country is not to elect a new President or Congress. We are not called upon to force a particular ethnic-socio-religious vision of what it means to be an American on our fellows through the power of the national government. The character of a people–at least a free people–is not fashioned top-down in halls of power, but in each individual beating heart, as we form our personal bonds through this journey into the beautiful unknown.

And hopefully, guided by a mind intimate with the heart’s desire, we will find emancipation through critical self-reflection upon our own personal existence and engagement with our communities that surround us, discovering the depths of our unique individuality in tandem with our search for what we hold in common while remembering, “that the weakness was not Government but Man, one at a time.”

This is What a Bottle of Tap Water From Flint, Michigan Looks Like