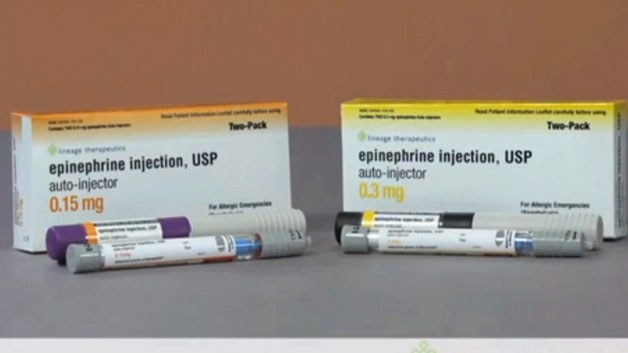 Mylan’s notoriously rising prices for its EpiPen product as of late has angered economic illiterates who assume this is a result of evil capitalism. But now, CVS Pharmacy is proving said critics wrong by utilizing capitalism itself to provide competition to the EpiPen that does the same thing for patients… At 1/6 the cost.

CVS is now selling a rival, generic version of Mylan’s EpiPen at about a sixth of its price, just months after the maker of the life-saving allergy treatment was eviscerated before Congress because of its soaring cost to consumers.

The drugstore chain says it will charge $109.99 for a two-pack of the authorized generic version of Adrenaclick, a lesser-known treatment compared to EpiPen, which can cost more than $600.

CVS Health Corp., the nation’s second-largest drugstore chain, says it cut the price of the generic version of Adrenaclick nearly in half. The lower price is now available at all CVS stores. The chain runs about 9,600 retail pharmacies in the United States, including several locations inside Target stores.

The EpiPen previously utilized cronyism and big government alliances in the FDA to artificially constrain potential competing products by keeping them perpetually in the trials phase. But CVS has since busted through that barrier, and is now offering an affordable alternative for patients in need.

EpiPen itself will likely drop in price as a result of this new development, as competitive pricing will be the only way Mylan can keep selling their star product in the wake of this new competitor in CVS.

Failure of the Political Parties: Who Was Best of the Worst?