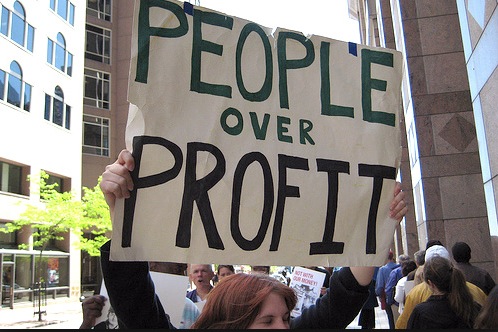 by Joe Trotter
After several long months of research, interviews, and debate, the editorial staff at The Libertarian Republic came to a stunning conclusion: we just can’t figure out who, besides the government, could possibly build the roads.
The TLR staff consulted experts across the nation on topics as diverse as economics, philosophy, and asphalt science before coming to this stunning conclusion.“The simple fact is that without the guiding hand of government, private industry just cannot figure out how to make roads work,” said TLR Editor in Chief Austin Petersen. “One particularly stunning conclusion we made is that without government bureaucracy, it’s nearly impossible to determine whether harmonization between the grade of asphalt and toll costs will result in enough profit to attract private enterprise.”“Therefore,” he continued, “We officially recognize that without government, no one is truly capable of building roads.”
Petersen went on to reveal that the popular libertarian news magazine is in talks for a possible sale to Salon.com. “We’ve been convinced that the only way for us to create jobs is for the government to step in and do something. Our new friends at Salon, of whom many used to be libertarians as well, approached us for the sale and we are very interested.”Although it was found that in certain cases private enterprises can build side streets and neighborhood cul-de-sacs, the marginal return on investment actually became negative in cases where non-government entities attempted to create roads in more than half mile increments. Our studies showed that when businesses did attempt to create roads more than a mile in length, the local populace was 10,000% more likely to riot and burn local business to the ground.Surprisingly, we also found that areas decimated by riots actually experienced long-term increased economic growth spurred by an increase in industries such as construction and window-making.“Don’t even get us started on private bridges” added Petersen. “That’s an even bigger shitstorm.”
previous post

Kanye West Is In For 2016! “It’s Time America Has A Real Black President”