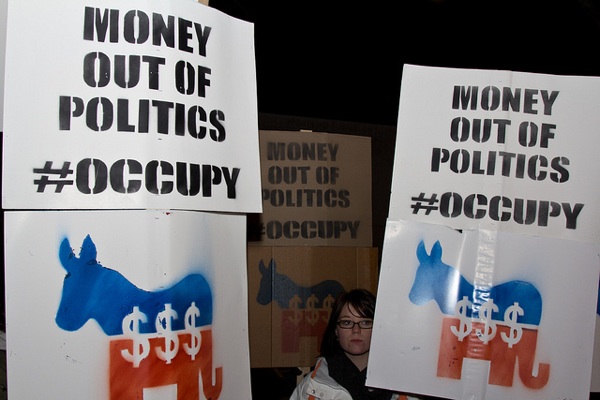 Money in politics has been a contentious issue, but do Democrats or Republicans receive more campaign contributions?

Let’s look at the list of the total contribution from the top 3 political donors:

All three donate exclusively to Democrats in elections. Okay so far the Democrats have a strong lead in big money with the top three, but what about the top 6?

These three companies also donate exclusively to Democratic candidates! Democrats constantly yell about too much money in politics, but it seems like they are the kings of it. The top 6 all time political donors all donate Democrat. Okay but surely the top 10 will reflect a more even landscape.

Only in the bottom 10 of the all time top political donors do you get one group that donates exclusively to Republicans, Las Vegas Sands. And the National Association of Realtors split their donations with 52% going to Republicans and the other 48% going to Democrats.

What about the “evil” Koch brothers and their money?

So the next time any of your Liberal friends say they want money out of politics, politely reply that it begins with them.