Activists at Harvard University are calling for the university’s law school to abolish and replace its long-standing seal, because it is based on the crest of a family that owned slaves.

Harvard Law School (HLS) was founded in 1817 and is the country’s second-oldest law school. The land Harvard used for the school, and the money it used to pay for its first professor, were provided by the estate of Isaac Royall Jr., a New England landowner who owned slaves. In gratitude, the law school uses the Royall family crest, showing three sheaves of wheat, as the school’s crest. To this day, the school maintains a Royall Chair of Law. 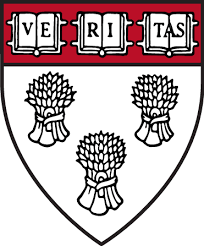 Now, students say Royall’s legacy must be purged from the college because of his ties to slavery. They’ve launched a movement called “Royall Must Fall,” inspired by a similar effort at the University of Cape Town that led to a statue of Cecil Rhodes being torn down.

“[Royall’s] family made their money from a sugar plantation in Antigua, and he and his father crushed a planned rebellion by allowing 77 people to be burned alive, including Hector, the family’s slave driver and leader of the revolt,” the movement’s Facebook page argues. “We ask our own administration to stand in solidarity with the protesters of South Africa, decolonize Harvard Law, and honor the enslaved people who actually founded this school.”

“These symbols set the tone for the rest of the school and the fact that we hold up the Harvard crest as something to be proud of when it represents something so ugly is a profound disappointment and should be a source of shame for the whole school,” HLS student Alexander Clayborne told The Harvard Crimson.

Royall’s role in the school’s history has been grappled with before. While the Royall Chair was traditionally reserved for the dean of the law school, Elena Kagan refused to hold the Royall Chair during her stint as HLS dean from 2003 to 2009, and her successor Martha Minow did the same.

Visiting professor Daniel Coquillette, who wrote a history of HLS recently that covered the major role played by the Royalls, told the Crimson he was skeptical of the new campaign.

“As a historian … you just deal with the fact that this guy founded the school and tell the truth about it,” Coquillette said. “To change things is to act like [they] didn’t happen, and that’s a mistake.”

Pizza Is Doomed If New York Passes A $15 Minimum Wage

Bernie Sanders Bashes Uber, Uses It For All His Taxi Rides