A recent graduate of Columbia University wrote an account claiming he was reported to the school’s Gender-Based Misconduct Office for calling himself “handsome” in a Chinese language class.

Benjamin Sweetwood says he kept his “dark and shameful secret” under wraps for two years, until he could safely reveal it following his 2016 graduation. Having safely departed Columbia, Sweetwood wrote an account for The Tab telling about his unexpected encounter with Columbia’s gender police.

“I was in Chinese class in the Fall of 2014,” writes Sweetwood. “One somber autumn morning, I took the opportunity to call myself handsome in Chinese. Wǒ hěn shuài, I uttered in my unchecked malevolence and without care for cultural norms or general moral principles.”

Sweetwood thought little of his statement at the time, but the next day, he says, he was asked to stay after class by his professor, whom he doesn’t name.

“The teacher sat next to me on a bench outside the classroom and told me that I made a comment in class that upset someone. Consequently, I had been reported to the Gender-Based Misconduct Office,” Sweetwood writes. “She mentioned I had called myself handsome and alluded to my joking personality in general. She also told me she was not offended at all. She said she thought it was funny, but that she didn’t want to get in trouble herself.”

Later that day, Sweetwood received an email from the dean’s office about the matter, saying he needed to meet “as soon as possible” to discuss the urgent matter.

“[My dean] told me the same thing my professor had: I had called myself handsome and this was unacceptable,” he says. “My dean tried to make me agree that I would never do this again. I flat out refused. I laid into her about how upset I was about the situation and I said something along the lines of: ‘If you’re asking me to not be myself, then I guarantee I will end up back in your office again.’”

Following his defiance, Sweetwood says he was told to attend a “re-education” meeting with a case manager from the Gender-Based Misconduct office, where he received “an edifying speech on how my white privilege was playing a major factor in my lack of clarity into the depravity of my actions.”

Eventually, though, Sweetwood’s case was dismissed, without him ever learning who reported him for the comment in the first place. And, according to Sweetwood, his behavior didn’t change at all from the experience.

“Later that week, in Chinese class when my teacher was having us use a new sentence structure to talk about things that make us upset, my sentence was: ‘I get upset when I get reported to Gender Misconduct by my classmates,’” he says. “OK, I may have used a little bit of English to get the full phrase out.” 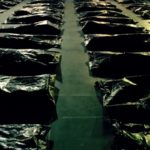 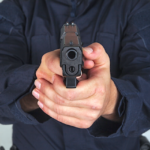 5 White Kids Cops Killed Who You Probably Heard Nothing About