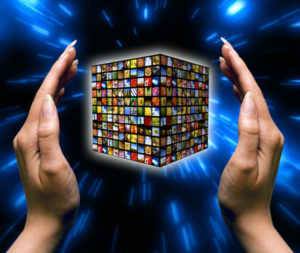 Since the advent of online streaming, Americans are moving away from TV faster than ever, according to new research by Nielsen. As Claire Atkinson aptly wrote in her piece published the New York Post, “Netflix, Amazon and Hulu Plus are no longer just nibbling away at the fringes of the pay-TV business — they’re eating its lunch.” The market has spoken, and it screaming for streaming!

Adults watch an average of 4 hours and 51 minutes a day of live TV viewing during the fourth quarter of 2014, down 13 minutes from the same quarter of 2013, according to Nielsen’s fourth-quarter 2014 Total Audience Report.

Viewing was down six minutes between the fourth quarter of 2013 and 2012. And between 2012 and 2011, viewing time actually increased for live TV.

These numbers are clearly rattling the cages of the entertainment industry, sending broadcast and cable networks into an uphill battle with competitors who’s turf is World Wide Web. With cable networks looking at their steepest decline in the last six months in 2014, they should be concerned. Cable ratings among adults fell 9 percent in 2014, three times the rate of decline over 2013, according to Michael Nathanson, an analyst at Moffett Nathanson research.

“It’s hard to ignore our belief that technology is disrupting viewer consumption of linear network programming,” Nathanson wrote in a recent research note.

The streaming popularity has resulted in big players like, Madison Avenue to rethink how it allocates the $65 billion it spends on TV ads each year, reports The New York Post.

Furthermore, this leads to the obvious conclusion that all that money would increasingly be up for grabs for current big players in streaming services as other video-streaming services, like HBO Now and Sony’s PlayStation Vue, become available.

“More people are cutting the cord and living in a broadband-only streaming world and those that [have both streaming and traditional pay-TV] are spending more time streaming.”

The survey found that the number of households going without pay-TV but still receiving broadcast signals increased 9.8 percent to 12.3 million in the fourth quarter from 11.2 million a year earlier.

The population receiving nothing but broadband more than doubled to 2.9 million, from 1.3 million the year prior.

“The biggest swing factor is subscription video services and I think they’ve really provided a unique opportunity for consumers to access content,” Dounia Turrill, the survey’s author, told The Post.

Cable-TV programmers appear to be paying the steepest price, while simultaneously benefiting from syndication cash from streamers.

To those who still think the web is merely white noise will – reluctantly, perhaps – begin to recognize streaming is not only here to stay, but what consumers overwhelmingly demand. While streaming contenders continue to gain from TV’s lost revenue, they will likely see cash flowing in their direction from political campaigns that relied heavily on TV ads in the past.

Study: Men Who Hold The Door Open For Women Are Sexists. Men Who Don’t Are Also Sexists.