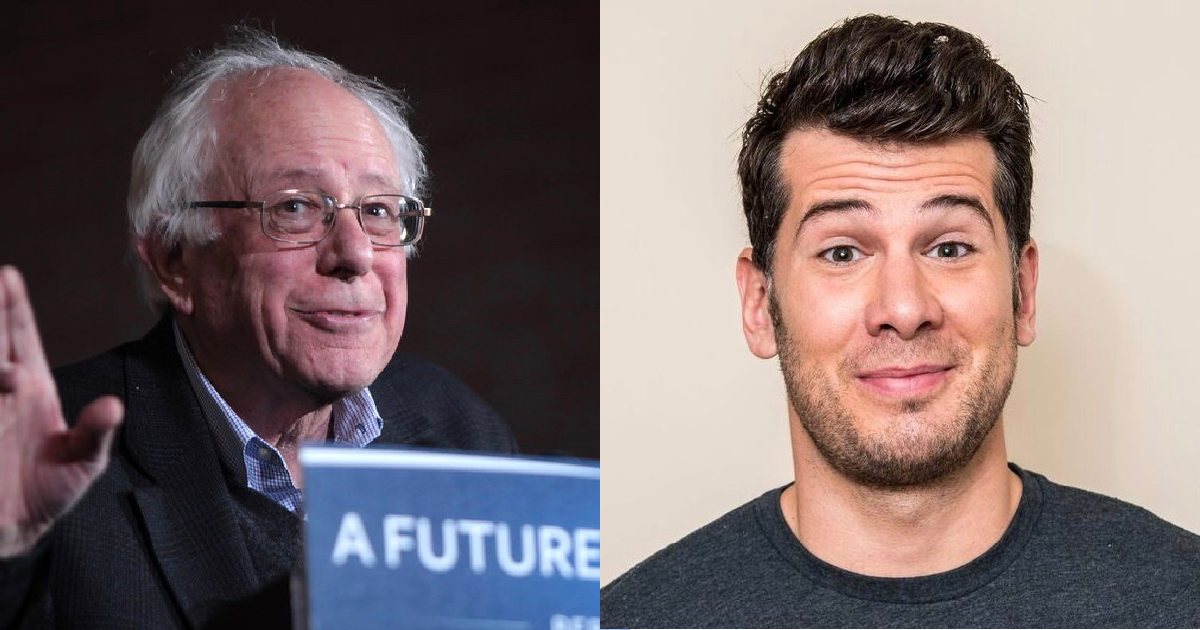 By now, the world is well aware of the Socialist disaster in Venezuela which finally erupted into the people rising up against the government and resulted in such tragedies as a man getting run over by an armored military vehicle and citizens being fired on by helicopters. However, in spite of the glaring failure of this great Socialist experiment, Senator Bernie Sanders thinks Venezuelans are more apt to realize the American dream than most Americans today.

The Blaze Media’s Steven Crowder noted on Friday that Democratic Socialist Bernie Sanders still believes that people in parts of South America and Venezuela, in particular, are more inclined to live the “American dream” than most Americans today. “These days, the American dream is more apt to be realized in South America, in places such as Ecuador, Venezuela, and Argentina, where incomes are actually more equal today than they are in the land of Horatio Alger. Who’s the banana republic now?”, read an article on Sanders’ website for Senate.

Crowder called on the Senator from Vermont on Twitter, asking if he would care to make a comment or clear the record in light of Venezuala’s economic collapse.

“Hey, @BernieSanders. You still have this post ON YOUR SITE TODAY claiming that Venezuelans are living the American dream better than Americans. Care to correct?”

Hey, @BernieSanders. You still have this post ON YOUR SITE TODAY claiming that Venezuelans are living the American dream better than Americans. Care to correct? pic.twitter.com/zeRtBK13pf

Things will end up just fine there. I got a tip that Bernies wife has a bid in to buy the country for a new and free college campus.

Well, he's right–incomes are "more equal," in that they're all zero.

He's right! I was always taught the American dream was to get run over by a government truck while peacefully protesting.

I don't recall any part of the American Dream involving getting run over by military vehicles of Chinese manufacture.

Quite a bit offended here…I'm hispanic, have a savings account, and stocks. On top of a 401k (more stocks) does he really assume that we don't plan for a rainy day? pic.twitter.com/kdkTI17Gy9

The dude has no credibility. Nothing he believes in about how Government should be is sustainable. He's a cook.

Love this. Incomes are equal Bernie in Venezuela. They all don’t have squat.

Here’s what Bernie would like to do to your argument pic.twitter.com/Zo133pFxJv

A true socialist Bernie is. He cannot even delete a known lie. You college kids – keep holding this guy’s socialist ideology near and dear to your hearts and see where you are 5 years from now. Start reading socialist history for your answer.

The diet is working.

Senator Sanders has yet to make any correction or offer any rebuttal to Crowder’s discovery, which needless to say did not age well. It remains to be seen if the senator will make any correction or if he will continue to tout obvious economic disaster that led to the destruction of Venezuelan society as a success of centralized planning. It looks as though the more Bernie tries to get American’s to “feel the Bern” the only thing that gets burned is Senator Sanders’ talking points.

US To Offer Guaido ‘Range Of Options’ To Help Topple Maduro