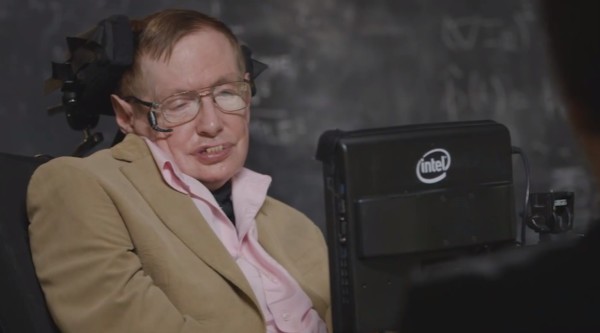 Renowned physicist Stephen Hawking took a break from ruthlessly making fun of libtard John Oliver to reiterate some pretty terrifying predictions. On Oliver’s new HBO show “Last Week Tonight,” Hawking referenced statements he made in an op-ed piece in The Independent warning of how artificial intelligence could potentially destroy humanity.

“One can imagine such technology outsmarting financial markets, out-inventing human researchers, out-manipulating human leaders, and developing weapons we cannot even understand. Whereas the short-term impact of AI depends on who controls it, the long-term impact depends on whether it can be controlled at all.”

Oliver asked Hawking to elaborate on those stark suggestions during their interview, and the answer was anything but reassuring. “Artificial intelligence could be a real danger in the not too distant future. It could design improvements to itself and outsmart us all.” Hawking warned.

“There’s a story that scientists built an intelligent computer. The first question they asked it was, ‘Is there a God?’ The computer replied, ‘There is now.’ And a bolt of lightning struck the plug so it couldn’t be turned off.”

Oliver, the king of redundant questions, asked, “But why should I not be excited about fighting a robot?”

“You would lose,” Hawking said, going on to express regret at agreeing to the interview after Oliver continued his hackneyed jests.

When Oliver asked if it was actually a robot speaking to him through Hawking’s computer, the brilliant scientist said what scores of people have only dreamed of saying. “You’re an idiot.”