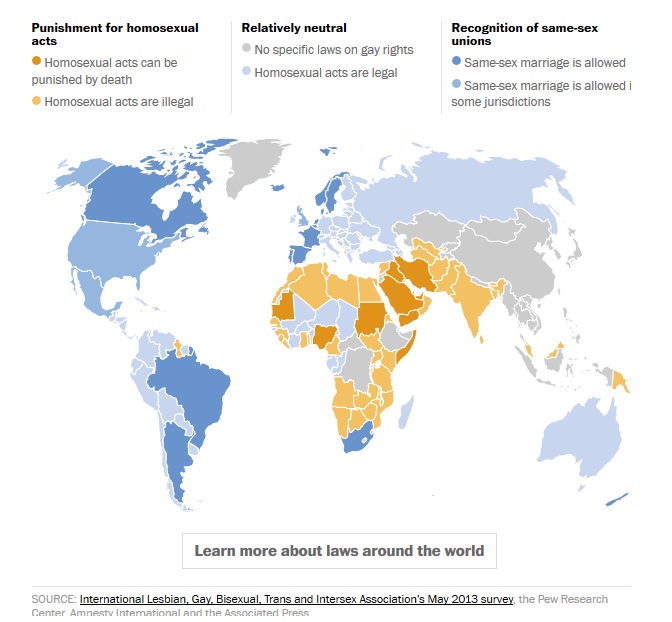 The United States is joining several other nations and entities in cutting foreign assistance to Uganda to protest a stringent new anti-gay law.

Homosexuality is already illegal in 38 African countries and carries the death penalty in Somalia, Sudan, Nigeria and Mauritania. Yet, amidst calls for these states to relax their laws, Uganda has attracted worldwide attention by doing the opposite.

Uganda’s new law imposes a 14-year prison sentence for homosexual acts and life imprisonment for “aggravated homosexuality,” or having sex while HIV positive.

Uganda’s recent anti-gay firestorm has been largely stoked by Martin Ssempa, a Ugandan pastor who has apparently never cracked open the New Testament. Ssempa has attracted international attention by traveling around Uganda and showing images of extreme gay pornography to large audiences, whipping them into a frenzy of anti-gay hatred.

Ssempa’s efforts earned him a position as the chairman of the “National Task Force Against Homosexuality in Uganda,” a job he’s used to lead the fight for anti-gay legislation. An earlier version of Uganda’s new anti-gay law would have included the death penalty.

Ssempa’s in-your-face scare tactics seem to have influenced the highest levels of Uganda’s government. In February, Ugandan President Yoweri Museveni told CNN, “I’ve been told recently that what they do is terrible.” “They’re disgusting,” Museveni said of gay people.

Although much of the aid the U.S. is currently sending to Uganda will now be redirected to other nations and entities, the move is still a net reduction in spending, as the U.S. has canceled plans for a joint U.S.-Uganda military exercise.

Has There Ever Been A Libertarian Society?

Stephen Hawking: Artificial Intelligence “could outsmart us all.”