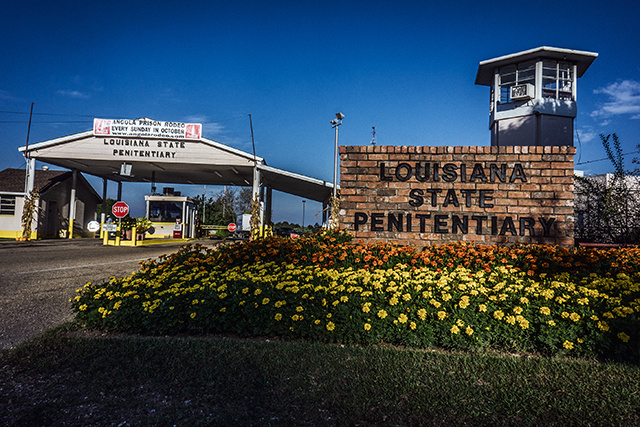 In Louisiana, 43 percent of ex-convicts will return to prison within five years of their release — the state has the highest incarceration rate in the world and one of the worst recidivism rates in the country.

The state passed a massive 10-bill justice reform package this June to cut the state’s prison population by 10 percent over the next decade. But the state is also focusing on reducing recidivism through re-entry courts, programs specifically designed to get repeat offenders to stop returning to prison. The state’s hallmark re-entry court operates at the Louisiana State Penitentiary in Angola, and stands to receive millions in funding if it continues to lower recidivism rates.

The program began in 2010, and even though it targets the most habitual offenders, it still boasts a 17 percent recidivism rate–less than half the state rate.

Advocates say that repeatedly sentencing these offenders to prison and housing them on the taxpayer’s dime is a waste of dollars that could be better spent making sure inmates don’t return.

Inmates must be sentenced by a judge to go through the program, and once there, they can earn professional certificates in 10 offered disciples, such as welding or car maintenance. They spend a minimum of two years inside the prison before being released on a five-year parole, during which time their job performance is monitored.

The cost of the program means that of the more than 5,000 inmates in Angola, only 200 are currently sentenced to the re-entry program, according to Rev. Gene Mills, president of the Louisiana Family Forum advocacy group. Mills argues that lowering recidivism is the best way to lower prison population.

“They have generations of crime and we need to break cycle,” Mills told The Daily Caller News Foundation. “Investing in inmates now to make sure they never come back can only save the state money.”

Mills cited a report from Pew Research concerning the anti-recidivism components of Louisiana’s justice reform package. The state stands to save more than $25 million annually for the next 10 years by cutting recidivism and prison population, according to the study.

Louisiana has pledged 70 percent of the decade’s $250 million in savings toward funding programs like Angola’s re-entry court, but the court isn’t the only program in the prison working to cut recidivism. The New Orleans Baptist Theological Seminary also offers a four-year seminary program to all inmates, most of whom are serving life sentences.

The program originated under former-Warden Burl Cain in the 1990s, who engaged in talks with the ACLU to ensure that the faith-based program was constitutional, Mills said.

“The philosophy of the program is that in order to change a man’s life, you need to change his heart,” Mills said.

Many of the pastors graduated from the seminary  are serving life sentences and never leave the prison system, becoming a valuable resource for reforming the prison’s culture. According to Coalition for Public Safety (CPS) President Steve Hawkins, who has supported the program, inmates that graduate and spread throughout the prison system are received more readily than outsiders.

“They spread through the prisons almost like a gang, except their message is obviously different,” Hawkins told TheDCNF.

The program offers missions opportunities to graduates of the program to live for two years in another Louisiana prison, facilitating the seminary’s impact. To date, Mills says there are nearly 30 churches inside the prison system.

The seminary and re-entry court programs at Angola were among the first of their kinds in the country, and other states began to follow suit once they saw the drastic improvements in recidivism. There are more than two dozen re-entry courts operating in the U.S., according to the Center for Court Innovation.

At San Quentin prison in California, a re-entry court program called The Last Mile teaches inmates coding, a skill making them eligible for more than 500,000 open positions across the U.S. In order to show their talent, CPS commissioned the program’s graduates to build the Coalition’s new website.

The Last Mile has graduated 24 inmates since its inception, and none of them have returned to prison.

The Militant Left’s Attack on the Roman Catholic Church

In Times of Crisis, We Need To Inject Reason into Debates over Faith