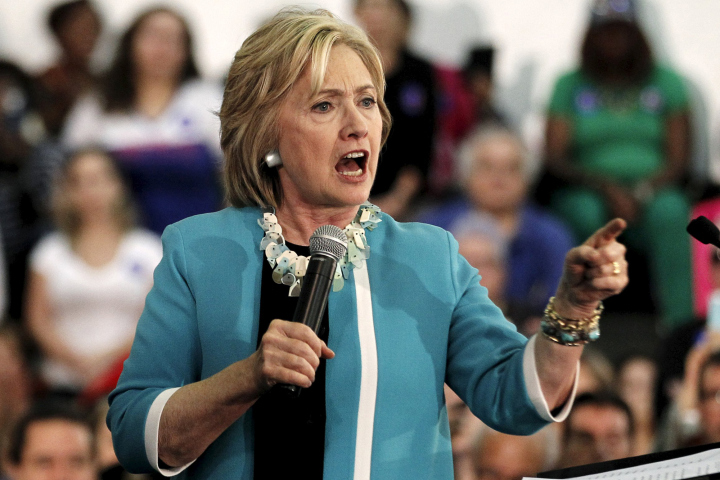 Hillary Clinton has come out swinging in the last week or two on the campaign trail, showing her “angry” or “passionate” side to the voters whether on the issue of guns or her on-going email scandal. Though this may play well with the “mad as hell and not going to take it anymore” voting public, Hillary’s fury behind the scenes seems to be making life on the campaign trail a fresh hell for many on her staff.

“Hillary’s been having screaming, child-like tantrums that have left staff members in tears and unable to work,” says a campaign aide. “She thought the nomination was hers for the asking, but her mounting problems have been getting to her and she’s become shrill and, at times, even violent.”

In one incident, Hillary berated a low-level campaign worker for making a scheduling mistake. When the girl had the nerve to turn her back on Hillary and walk away, Hillary grabbed her arm.

Hillary’s anger may be stoked by fear: Her poll numbers have slipped by 10 points in one week on the eve of the Democratic debate.

Bill Clinton and Hillary’s campaign team are concerned that her anger may surface at the wrong time. They are concerned that she could have a serious meltdown in front of TV cameras, which would make her look so out of control that voters would decide she doesn’t have the temperament to be commander in chief.

Yet, despite these worries, the Clinton campaign is betting on the Trump strategy of speaking directly to the frustration of voters even at the risk of coming across as petulant.