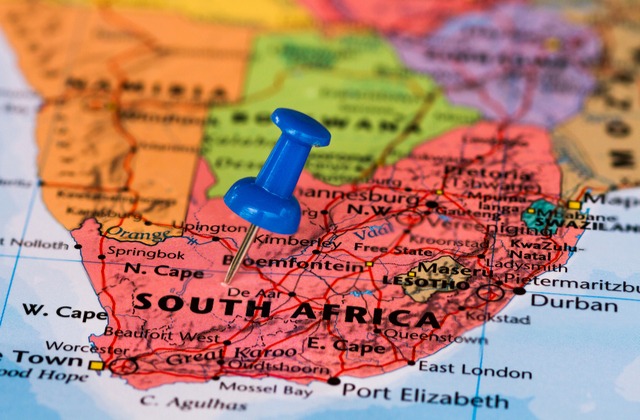 South Africa is one of the latest countries to introduce an electronic visa or e-Visa for travelers visiting from abroad. After trialing the new online application system with visitors from Kenya, the e-Visa is set to become an entry requirement for more nationalities.

According to the director-general of Home Affairs of South Africa, Thulani Mavuso, the new e-Visa for South Africa is expected to boost tourism to the country due to the easier process of obtaining a visa. Further information here: https://www.southafricavisa.com

South African President Cyril Ramaphosa echoed this in his State of the Nation Address, stating that the introduction of the e-Visa would bring about a ‘renewal of the country’s brand’. He went on to say that the goal would be to reach 21 million tourist arrivals per year by 2030.

Electronic visas and travel authorizations are becoming more and more popular globally. A large number of countries around the world now have online systems that allow foreign visitors to apply for a visa via the internet, without having to go in person to an embassy or consulate.

E-Visas are not only convenient for international travelers, but also increase security for the country of destination.

The new South Africa e-Visa features a quick online application form, which has been designed to be as user-friendly as possible. Siya Qoza, a spokesperson for South Africa’s Department of Home Affairs, estimates that the process of applying should take around 20 minutes to complete.

A number of supporting documents must be provided by the traveler, including a valid passport issued by an eligible country. If the applicant does not have all the required items to hand, their progress can be saved and the application can be completed at a later time.

When entering the country with the e-Visa, the digital system makes passing through border control a much quicker and smoother process.

The introduction of the e-Visa and the ease of obtaining it comes as good news for travelers planning to visit the African country, which is well-known for its beaches, scenery, wildlife, and safaris.

Once the system becomes available for visitors of more nationalities, it will make it easier for travelers from around the world to go to the iconic Table Mountain overlooking Cape Town or to see a lion in Kruger National Park.

The South Africa e-Visa was first implemented in November 2019. Kenya was chosen as the country that would serve as the pilot for the new system and so far, it has only been available to Kenyan visitors.

According to Siya Qoza of the Department of Home Affairs, the aim of the pilot was to test the resilience of the new e-Visa system. Several “teething issues” have been addressed and the next stage of the launch has begun.

Indian nationals are now eligible to apply online for an e-Visa for South Africa and 2 more countries are expected to be added to the list. It is expected that citizens of China and Nigeria will be able to obtain the electronic visa within the year. However, it is unknown if this will be delayed due to the current coronavirus (COVID-19) pandemic.

At present, the e-Visa can only be used by passengers from Kenya and India arriving at 2 airports in South Africa: Lanseria and Ortia.

The long-term plan is to expand the availability of the e-Visa to many more nationalities and enable international travelers to use it to enter the country at most, if not all, ports of entry.

It is expected that the South Africa e-Visa will become the main travel requirement for the majority of visitors to the country for purposes of leisure and tourism.

In 2019, South Africa welcomed over 16 million tourists to its shores. Blessing Manale, a spokesperson for the South Africa Department of Tourism, believes that the visa policy of the country has been one factor that has prevented much higher figures. Manale has said that an eVisa system for South Africa would inspire confidence and attract more visitors.

In addition to the implementation of the e-Visa, South Africa is also developing a Biometric Movement Control System. This includes e-gates at airports, which speed up the process of passing through border control for passengers with e-passports.

Home Affairs stated that the principal goal of the Biometric Movement Control System is “the facilitation of movement of low-risk travelers”.

Cape Town International Airport was the first to be equipped with new e-gates. In the near future, this technology will also be installed at other airports around the country.

Between the introduction of the e-Visa and biometric technology, it seems that the future of travel to South Africa is bright and will be easier than ever for international visitors.

International COVID-19 Report Shows The US is Performing ‘Average’ Comparatively

CBD Oil and the Immune System – How the Two Work Together