“Mr. Giuliani’s requests were a quid pro quo for arranging a White House visit for President Zelensky,” Sondland said in his opening statement during the Trump impeachment hearings.

Sondland said he and other Trump administration officials reluctantly worked with Giuliani in order to secure a phone call and meeting between Trump and Ukrainian President Volodymyr Zelensky.

Specifically, Sondland said Giuliani and Trump wanted Zelensky to publicly commit to investigating Burisma Holdings, the Ukrainian energy company that had Hunter Biden as a board member, as well as whether the Ukrainian government interfered in the 2016 U.S. election.

“We did not want to work with Mr. Giuliani. Simply put, we played the hand we were dealt,” Sondland said.

He also said he “would not have acquiesced” to Giuliani’s participation in the diplomatic talks with Ukraine had he known about the Trump lawyer’s associations with Lev Parnas and Igor Fruman, two Soviet-born businessmen who were indicted Oct. 10 on illegal campaign finance charges.

“We all understood that if we refused to work with Mr. Giuliani, we would lose and important opportunity to cement relations between the United States and Ukraine. So we followed the president’s orders.”

Sondland pushed back on claims that he worked with Giuliani through an unofficial diplomatic channel. Sondland has been dubbed part of the “three amigos,” along with former Ukrainian special envoy Kurt Volker and Energy Sec. Rick Perry.

But Sondland testified that officials at the National Security Council and at the State Department, including Secretary of State Mike Pompeo, were aware of his work with Giuliani.

“Everyone was in the loop,” he testified.

While Democrats are likely to tout Sondland’s testimony as evidence of Trump’s abuse of power, he stopped short of saying Trump and Giuliani withheld military assistance from Ukraine as part of a quid pro quo.

Sondland said he became aware in August that the administration had frozen hundreds of dollars of assistance to Ukraine. He testified that he presumed that the freeze was linked to the request for investigations, but he did not independently know that it was.

Sondland also acknowledged for the first time that he spoke by phone with Trump on July 26, a day after the infamous Trump-Zelensky phone call.

David Holmes testified Saturday that he was with Sondland at a restaurant in Kyiv where the ambassador spoke to Trump by phone. Holmes said he overheard Trump through the phone ask whether the Ukrainians stood on “the investigations.”

“While I cannot remember the precise details … the July 26 call did not strike me as significant at the time,” he said. “Actually, I would have been more surprised if President Trump had not mentioned investigations, particularly given what we were hearing from Mr. Giuliani.” 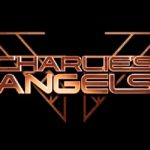 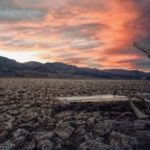 How Many People Must Die to Fix the Planet?