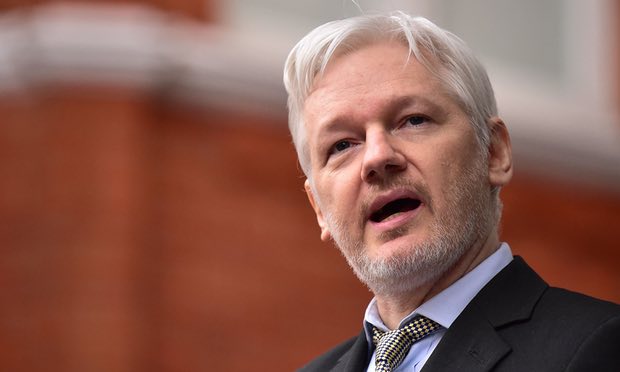 Edward Snowden and Noam Chomsky are among those calling on Donald Trump to drop the US government’s investigation into Julian Assange and WikiLeaks, reports the Guardian.

According to the Guardian, Snowden, the NSA whistleblower, and social critic Chomsky, along with the signatures from over 100 other activists, journalists and government workers – have signed an open letter to the president that calls prosecuting WikiLeaks “a threat to all free journalism”. The letter asks the Department of Justice to reconsider their threats to charge Assange and other workers at Wikileaks.

“If the DoJ is able to convict a publisher for its journalistic work, all free journalism can be criminalised,” says the open letter, released on Monday by the Courage Foundation, a trust that raises funds for the legal defenses of whistleblowers, including Snowden. The group launched a campaign in support of WikiLeaks last month, said the Guardian.

The letter to Trump expressed that: “It was a free and robust press that provided you with a platform on which to run for president. Defending a truly free press requires freedom from fear and favour and the support of journalists and citizens everywhere; for the kind of threat now facing WikiLeaks – and all publishers and journalists – is a step into the darkness.”

Other signatories of the letter include the likes of musician PJ Harvey, the former British intelligence officer Annie Machon, the Australian senator Lee Rhiannon and the philosopher Slavoj Žižek, reports the Guardian.

The Guardian explains that US prosecutors have been investigating WikiLeaks since at least 2010, when it released more than 250m classified cables from US embassies around the world. The cables were passed to WikiLeaks by Chelsea Manning – a former US army intelligence analyst who is also backed by the Courage Foundation – and were published in cooperation with news organizations including the Guardian.

The report added that in April, Attorney General Jeff Sessions said that it was time to arrest Assange “once and for all”.

“We are going to step up our effort, and already are stepping up our efforts on all leaks. This is a matter that’s gone beyond anything I’m aware of. We have professionals that have been in the security business of the United States for many years that are shocked by the number of leaks, and some of them are quite serious.”

“So yes, it is a priority. We’ve already begun to step up our efforts and whenever a case can be made, we will seek to put some people in jail.”

The US has been unable to reach or prosecute Assange due to his protection inside the Ecuadorian embassy in London since 2012. If he were to leave the embassy, British authorities have indicated they would have to first consider an existing extradition request from Sweden, where Assange is wanted on an allegation of rape, which he denies, reports the Guardian.

From Copycat to Top Dog: The Surge Explored.