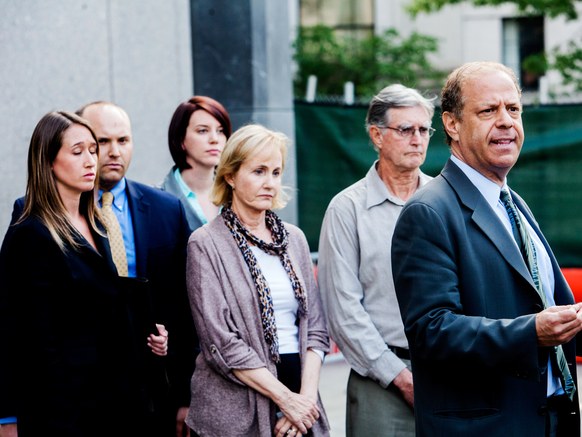 My son, Ross Ulbricht, received two life sentences for non-violent charges associated with his alleged role in the Silk Road website. This controversial case and draconian sentence have been the focus of much media attention and sensationalism. Yet lurking behind the hyperbole is something far more dangerous than any website could ever be: the threat to Americans’ constitutional protections in the digital age.

We are at a crossroads in history and witnesses to the birth of law for our digital future.  We have left the twentieth century and are careening through the twenty-first at lightning speed. The first of its kind, the Silk Road case will set precedent far beyond the issues of illicit websites, bitcoin or the Dark Web. Courts are now determining, through this case and others, how U.S. law and constitutional protections apply to the internet and digital information.

One of the most significant concerns is the application of the Fourth Amendment in the digital age. This foundational law guards our privacy against government intrusion and asserts the right to be secure against unreasonable searches and seizures.  It protects our privacy and the ability to live a free life.

As argued in appeal by Ulbricht’s legal team, as well as the National Association of Criminal Defense Lawyers and the Electronic Frontier Foundation (EFF), the government used unconstitutional general warrants to pursue the Silk Road investigation. These warrants do not meet the fourth amendment’s particularity requirement, which says the government must specifically describe what is to be seized. Instead, a general warrant permits unlimited rummaging through private information and property, to see what can be found. This type of warrant was abhorred by the Framers. It was a driving force behind the American Revolution and inspired the Fourth Amendment.

If government agents had searched and seized Ulbricht’s file cabinet or desk, a general warrant would have been clearly unconstitutional. But because it was a laptop containing digital material, the government maintains that it was not protected. Yet most of us keep our lives on our computers and phones. In addition to documents, there is access to medical, financial and other accounts, as well as browsing history providing a digital roadmap to one’s interests, inquiries, purchases, and communications. A computer is a file cabinet on steroids.

Are we now to surrender our right to privacy because we keep much of our personal information in digital form instead of on paper?  With the Silk Road case the government has answered yes, and precedent has been set, at least at the trial court level. This is despite a decade of Supreme Court decisions—such as Riley v. California, United States v. Jones, and Kyllo v. United States—that clearly acknowledge the importance of Fourth Amendment protection of digital information and devices.

We live on the threshold of a new world, but will it be a free one? Will our rights survive the transition? Will we be shielded from arbitrary, unfettered government intrusion? We are in uncharted waters, and the defiance of the Fourth Amendment in the Silk Road case demonstrates that American protections are not secure. It reveals an overreaching government that, according to defense attorney Joshua Dratel, has retreated back two centuries, “arrogating to itself the power of the Crown:  to search a person’s entire belongings, including his writings, without boundaries, without interference from the courts, and without legal recourse.”

And so, despite our glittering technology, the age old struggle between liberty and tyranny continues. As always, we must defend our constitutional protections.  For without them, what stands between us and an intrusive government?

Our Framers knew the answer: nothing.

On Wednesday, May 31, 2017, the Second Circuit Court of Appeals rejected the appeal from Ross Ulbricht over his life in prison sentence, without parole, for creating and running the Silk Road website.

NOTE: Lyn Ulbricht is the mother of Ross Ulbricht, the founder of the Silk Road website.  freeross.org