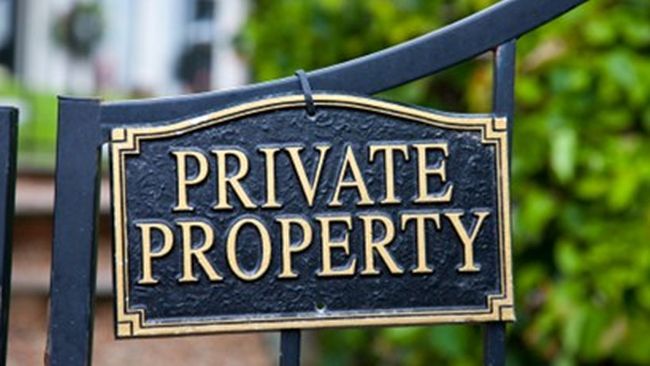 Property and Speech Rights Are the Cornerstone of a Free Society

An Olive Garden in Kansas City is facing major backlash after it ejected a Police Officer from its restaurant on Sunday. According to the Officer, he was asked to leave by the hostess due to his carrying of a gun. Soon thereafter, an Olive Garden spokesman apologized, claiming that “law enforcement are always welcome to dine” there.

It is anticipated that the Fraternal Order of Police will be organizing a protest outside the Olive Garden over the coming days and weeks.

This entire ordeal reflects the importance of property and speech rights among private companies. Olive Garden will certainly face consequences for the actions of its employees from more conservative and Police-friendly political and social groups. By mobilizing, these organizations (both those which are formally and informally organized) will effectuate change in the policies that Olive Garden and other local restaurants follow.

Permitting Olive Garden to act in such a manner seems commonsense to most, as police and gun-owners are not seen as “protected classes.” With the blowback that has been seen, most will easily acknowledge that Olive Garden has harmed its business by creating such policies within their stores and hiring employees who will enforce these policies in such a way.

However, what if we were to extrapolate this information to those groups which have faced much more invidious discrimination? When this idea is presented, it is often seen as completely unacceptable. While not identical in character, this occurrence at Olive Garden is not that much different from the outcry after same-sex couples were denied wedding cakes and other marital services by companies across the country.

In short, acting with discrimination and prejudice is simply not a good business model. Even if the effects on a company are not lethal, they will certainly cost profits. Money will be instantly gained by others willing to capitalize on the bigotry of another. Nonetheless, government may not infringe upon the property and speech rights of business owners to rectify the situation; this is the responsibility of the executives alone.

It is for this reason that so many major corporations have publicly rallied against controversial laws that would permit companies to discriminate due to supposed “religious objections”: these successful multi-billion dollar enterprises know better than to ever engage in such discrimination, and further, they are doubly doing themselves a favor in public relations by so publicly opposing such laws. Nonetheless, it is easy to believe that large companies would take no issue if their smaller competitors decided to “stand on principle” in denying service to any group, as that would likely lead to more people patronizing the large company.

There is perhaps no better example of this than in the soft drink industry in the 1940’s, 1950’s and 1960’s. Coca-Cola was generally seen as a very racist company, and meanwhile had a near-monopoly on soda-drinkers. Upstart company Pepsi took advantage of Coke’s ignorance, and soon began specifically marketing to black Americans, in fact creating a “negro markets” department and heavily targeting black soda drinkers by using black sales representatives, advertising in black magazines, and hiring Duke Ellington as a spokesman. This was all while, in the public sector, Jim Crow laws remained in tact throughout the South.

Just as the First Amendment grants individuals the right to say ignorant and wrong-headed things, it too should allow business owners to make incorrect decisions in regards to their own property. In these situations, we are implicating the extremely important rights of the freedom of speech, freedom to contract and freedom of property.

Though we are obligated to defend these rights in a free society, we are just as obligated to use our speech rights to discredit and refuse to patronize those companies which do discriminate unjustly. Lovers of liberty must base their principles on both personal freedom and just as importantly, individual responsibility for one’s actions.

7 American Libertarians You Need To Know