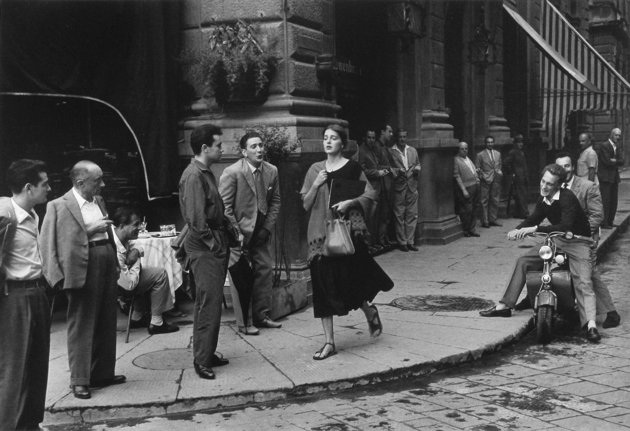 Author Natalie Johnson is a political science student at James Madison university currently studying abroad. This post originally appeared on her blog here and has been reprinted with permission.

I feel the need to begin this post with a disclaimer: This is not a fun, here’s-what-I’ve-been-up-to post. This is a candid account of various forms of harassment I’ve faced over the past two months solely because I am a female. I feel that the only way to fully illustrate the gravity of this problem is to be entirely explicit in describing my experiences. The reason I say this is to forewarn anyone who is easily offended by vulgarity.

I have never in my life been more aware of my gender until I traveled to Europe. This is not to say that I didn’t feel objectified and degraded through various forms of harassment prior to studying abroad. College boys coming up behind me, grabbing my hips and expecting me to dance with them is a disturbing norm at JMU. Bracing myself for catcalls and sexual slurs as I walked twenty feet to my parents’ car after work became a regular occurrence. This unexplainable feeling of entitlement that many men have toward women is nothing new to me. However, I have never in my life experienced it to the scale that I have while abroad.

I want to make this clear: I am not writing this to evoke pity. That would defeat the entire purpose of this post and I am sadly by no means the first or the last female to go through any of these experiences. I am writing this because society has completely failed to deal with the daily degradation of women and I am disgusted.

RELATED: What happens when a blonde woman walks through Cairo University? (VIDEO)

About a month ago I went out to one of London’s biggest nightclubs with a bunch of my girlfriends. Within minutes of entering the club a man who looked to be in his mid-30s stuck his hand up my skirt and fully grabbed me — to put it lightly. I turned around and slapped his arm to get him off of me. He responded with a coy smile, as if he got some sort of gratification by my reaction and moved on.

Nearly a month later a similar experience occurred while I was in Madrid. I was at another nightclub when a guy grabbed my arm and asked me to dance with him. Before I could respond he pulled me against him and attempted to kiss me. I turned my face and stepped away, telling him that I didn’t want to kiss him. He immediately questioned me, repeatedly asking why as if I had to justify myself. About an hour later I ran into him again. He got in my face, tried kissing me again, then proceeded to yell at me for telling him no, blocking my path every time I tried to walk away.

It has been suggested to me that the solution to this problem is to avoid nightclubs altogether. This response is both disturbing and offensive and wholly places the blame on women while minimizing the situation.

I have every right to go out with my girlfriends to a nightclub without the incessant fear of being harassed. The problem is not my presence in a club. The problem is the feeling of entitlement these men have toward women. They would not act in this manner if they did not feel that they had the right to do so. A complete stranger would never inappropriately lay his hands on me if he did not view my body as an object that is rightfully his.

This ignorant suggestion also disregards the fact that many of these experiences have not happened in clubs, but rather while walking down the street or on public transportation. My time in Barcelona is explicitly illustrative of this, where I was relentlessly harassed, degraded and objectified to an extent that I have never experienced or witnessed before. The moment I stepped out of my hostel men would stare at me with a look of vulgar lust, yell derogatory sexual comments, growl at me as if I were an animal, and so on. I cannot remember a single moment in Barcelona where I didn’t feel harassed or violated to some extent.

The most repulsive cases occurred on my last day there. A man who looked to be about 60 watched me walk up an entire flight of stairs while he licked his lips and cooed sexual slurs in Spanish. With each step I took I felt increasingly violated. The harassment didn’t end when I reached the top step. Later that day I was walking down the street with a lollipop when a restaurant worker yelled, “Suck that thing down to the end, honey. I want to feel it on my testicles.”

These situations were not isolated incidents, but rather outstanding occurrences among persistent harassment. Walking down the street became an excruciating process of trying to make it past just one block without being called at or stared down. I felt devalued — stripped of any self worth I had previously held of myself. These men had reduced me down to nothing beyond my body and the sexual gratification they imagined they could achieve through it. Harassment to this extent has not been limited to myself; my friends have experienced it in various forms as well.

The worst case occurred during our trip to Paris. Six of us, all females, were waiting for the metro after a night out to the bars. We were making small talk with a few other Americans we had run into when a disheveled man walked up to our group and proceeded to circle around us, intently examining each female one-by-one. He became fixated on one of my friends, incessantly trying to break through the barrier we had created around her. Every time we tried to move away he would attempt to slip through the gaps between each of us so that he could touch her. Some of the guys who we had just met were trying to get him away, but he wouldn’t let up. Finally after at least ten minutes of us trying to escape this man’s persistent aggression we were able to sprint out of the station.

What horrifies me the most about this incident is how completely helpless I felt. There was absolutely nothing that any of us could have done to get this man to stop. What makes the situation worse is the mere thought of what could have happened if the men we had just met hadn’t been in the station with us. It was in this moment that I had the horrific realization that I, as a female, will never in my life be able to travel alone. I will forever be dependent on the protection of men if I want to travel without the relentless fear of being harassed, abused or worse.

We are now in the twenty-first century with innumerable achievements beyond comprehension, yet women are still subject to degradation on a daily basis. I could have handled each situation differently than I did, but in the moment I didn’t feel that reporting my harassers would have made a difference. I felt utterly helpless. I realize that this response is a problem in itself, but I feel that it stems from society’s complete failure to address this as a serious issue. Moving forward, it’s important for women, including myself, to know what to do in situations such as these. Take a look at one of many websites available describing how to handle similar cases:http://www.stopstreetharassment.org/our-work/kyrguide/

Why does the government hate innovative companies?