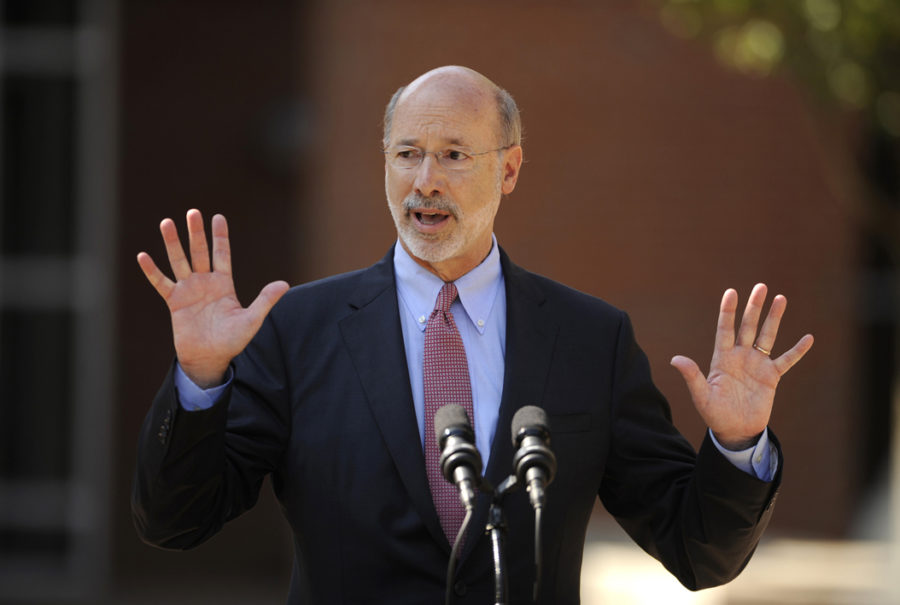 The Democratic governor of Pennsylvania is “disturbed” by Attorney General Jeff Sessions’ attempt to roll back protections for state medical marijuana laws and threatened legal action in a letter Thursday.

Gov. Tom Wolf is reacting to a request from Sessions to Congress to eliminate a rule barring the Department of Justice from spending federal funds to interfere with state medical legalization laws. Sessions claims the restrictions are hampering the Justice Department’s ability to battle the national drug scourge. Wolf is unsettled by Sessions’ request, saying he fears it could undermine Pennsylvania’s sovereignty, reports Lancaster Online.

Lawmakers in Pennsylvania partially legalized medical marijuana for certain conditions in 2016 and plan to expand and implement the program by 2018. State officials plan to grant 27 dispensary permits and 12 grower-processor permits by the end of June.

“I am disturbed to know that you are actively pursuing a change in federal law to go after medical marijuana suppliers,” Wolf said in the letter sent Thursday. “We do not need the federal government getting in the way of Pennsylvania’s right to deliver them relief through our new medical marijuana program. If you seek to further disrupt our ability to establish a legal way to deliver relief of medical marijuana to our citizens, I will ask the Attorney General of Pennsylvania to take legal action to protect our residents and state sovereignty.”

A letter from Sessions to Congress leaked Tuesday showing he petitioned lawmakers to scale back legal protections for medical marijuana.

In the letter sent to Congress in May, Sessions asks they dismantle the Rohrabacher-Farr amendment, which passed in 2014 and prevents the DOJ from using federal funds to prosecute individuals in states with medical legalization.

A study published in Drug and Alcohol Dependence in March found hospitalization rates for opioid abuse and dependence in states with medical marijuana are roughly 23 percent lower than states without legal access.

A group of bipartisan Senators introduced a comprehensive marijuana package Thursday in an effort to protect state medical legalization laws from a potential federal crackdown. The bill gives the Department of Veteran Affairs the freedom to recommend medical marijuana to patients and removes cannabidiol (CBD), used to treat chronic pain and severe epilepsy, from the Controlled Substances Act.

The legislation will also ease restrictions on the research community attempting to study the medical applications of marijuana.

Medical marijuana is legal in 29 states and Washington, D.C., where it is also legal for recreational use. Nearly 20 percent of Americans now have access to legal pot.