Search Engines are Better Than Hogwarts 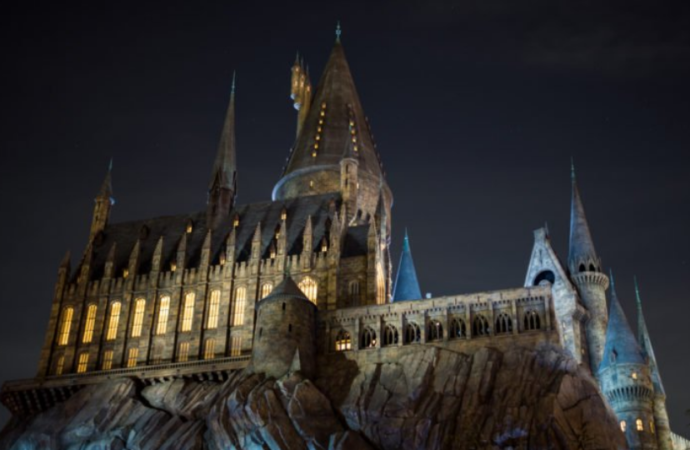 The British science fiction author and futurist Arthur C. Clarke gave rise to three iconic laws, where only the third has, as we say in the twenty-first century, gone viral: “Any sufficiently advanced technology is indistinguishable from magic.”

This law can be easily illustrated by some early first contacts with isolated human tribes. In several books, Jared Diamond discusses that phenomenon with respect to European voyages across the Pacific and in greater detail the “last first contact” of Highland tribes of Papua New Guinea. From the earliest recorded first contacts to the latest, many curious items brought by visitors have starstruck indigenous populations. The encounters, however doubtful, describe fascination and awe before guns and mirrors and many are the tales of fear before a camera’s mighty ability to capture one’s soul.

Over even short periods of human existence, technologies that we take for granted today would have seemed absolutely magical to some of our ancestors. For many things, we don’t even have to make centuries-long comparisons. The late Hans Rosling famously told the story of human progress with the aid of a washing machine: for their premier wash Rosling’s parents invited grandma, who, after a life of handwashing, was predictably mesmerized. “To my grandmother,” says Rosling in his characteristic Swedish accent and charmingly recognizable lecturing style, “the washing machine was a miracle.”

We can tell similar stories with smartphones, with fintech and modern payment technologies, with cars and trains and air travel. In the 1920s, John Maynard Keynes famously reflected on the amazing amenities of the times, where an

“inhabitant of London could order by telephone, sipping his morning tea in bed, the various products of the whole earth, in such quantity as he might see fit, and reasonably expect their early delivery upon his doorstep.”

Let’s consider another underappreciated candidate for magical abilities: search engines and the easy access to the sum knowledge of humankind they allow. These perfectly normal and much-maligned techniques give us the truly magical ability to find almost anything we want, constituting the face of “The Internet” for most of its billion daily users.

As Phil Magness last month exposed the academic Voldemort Principle – where those one intolerantly disagrees with become nameless non-persons – I’d like to invoke Harry Potter’s magical world for a more mundane purpose: illustrating our world’s technological superiority over the fictional world that Harry and his friends inhabit.

The struggles of studying at Hogwarts

The wonderful world of magic created by J.K. Rowling has captured the hearts of many more than my own generation’s fair share of nerds and bookworms. Film, musicals, theme parks, computer games, spin-offs and its own little celebratory enactment of Platform 9¾ at London’s King’s Cross station has the Money magazine estimate the Harry Potter brand to somewhere around $25 billion.

And what a world it is. Full of strange magical creatures, dragons, wands, adventures and, did I mention magic?

Magic allows wizards and witches to automate household chores (with the aid of magic, the dishes in the Weasley home literally wash themselves), make items hover in mid-air, produce light whenever needed or conjure things out of nowhere – proverbially pulling rabbits out of their pointy hats. The summoning charm Accio, a prime candidate for the most useful real-world spell in the Potter universe, allows wielders to never again get up from that comfy couch.

There are some laws that do limit this world – and I don’t mean pesky human-made legislation, but the natural boundaries on the use of magic. From Hermione, one of Harry’s two closest friends and the prime identifier for those of us that admire books and knowledge, we learn the first of the five Principal Exceptions to Gamp’s Law of Elemental Transfiguration: food. Food cannot be made by magic, which explains the countless house-elfs the wizarding school Hogwarts employs for its majestic feasts.

While the other four exceptions are never explicitly revealed, fans have eagerly discussed what they might be based on events in the books.

Money is one exception that appears on most people’s lists. Just like our banks cannot create money “out of thin air” – I posit and in the process enrage MMTers on the left and hardcore Austrians on the right –neither can the wizarding world conjure up gold and arbitrarily make themselves rich. Events in the books show us as much: the Leprechaun gold in The Goblet of Fire disappears after a while; in The Deathly Hallows, we are acquainted with the Gemino Curse, used by the Gringotts bank – the only known example of a private 100%-reserve bank in existence in either of our worlds – to protect treasures from being acquired by intruders.

Some other possible exceptions are magical objects (wands, potions etc.) and most importantly for our purposes here: knowledge. If knowledge could be acquired, Matrix-style, by the twitch of one’s wand, there would be very little reason to have a rigorous school in the first place. Similarly, Dumbledore’s quest in the latter two books to uncover Tom Riddle’s past would have been entirely in vain had wizards and witches been able to summon knowledge magically.

Hermione is the closest thing the protagonists have to the indexed and instantly-available knowledge that search engines provide us Muggles. With those technologies, searching for spells or examining their consequences would be trivial tasks. When Harry in The Half-Blood Prince encounters the Sectumsempra curse, its effects remain hidden to him until he impulsively uses it – despite much tiresome search through the Hogwarts library. With search engines, finding out the effects of an unknown spell found in an altogether mystic textbook would be rather simple. At Hogwarts, however, surrounded by the most extraordinary magic imaginable, Harry still can’t solve this elementary problem.

Another example involves the antagonist Malfoy as he attempts to find a way for Death Eaters to enter Hogwarts, ultimately in an attempt to assassinate Dumbledore. For months on end he works on a broken “Vanishing Cabinet,” whose twin, if operating properly, would create a passage between Dark Magic vendor Borgin and Burkes and Hogwarts. How do you figure out what’s wrong with it, how it’s supposed to work and how best to fix it? Malfoy tries and tries, and the task almost overwhelms him. With access to search engines and the endless knowledge of humankind (well, the Wizarding World), he could simply have watched a YouTube video or found the instructions at Khan Academy.

The technological improvements that follow (or cause…?) our economic progress solve problems that we previously thought were insurmountable, often in ways that are entirely incomprehensible to most of us. Hence, their quasi-magical attribute. On some intellectual level I understand that my laptop does not work on magic, that magic does not keep my apartment and food in the fridge cold, but sometimes it sure seems that way. My ancestors no more than four or five generations back would surely have thought so.

In most ways that matter, we live better lives today than the aristocracy and the richest of our forefathers did in the past. But in some ways, we also live better lives than the wizards and witches of J. K. Rowlings’ wonderful world. While Harry and his friends can conjure up things, conveniently compress items into the smallest of places or instantly transport themselves from one place to another, they are still wedded to outdated informational technologies. They manually look through ancient books for knowledge and they often struggle with accessing books that might contain the information they’re looking for.

Advanced technology might be indistinguishable from magic, but sometimes it’s even better than that. Access to the sum knowledge of humankind, delivered and made available to us via search engines, trumps magic. Search engines beat Hogwarts.

Joakim Book is a writer, researcher and editor on all things money, finance and financial history. He holds a masters degree from the University of Oxford and has been a visiting scholar at the American Institute for Economic Research in 2018 and 2019. His writings have been featured on RealClearMarkets, ZeroHedge, FT Alphaville, WallStreetWindow and Capitalism Magazine, and he is a frequent writer at Notes On Liberty. His works can be found at www.joakimbook.com and on the blog Life of an Econ Student;

Republished with permission from the American Institute for Economic Research