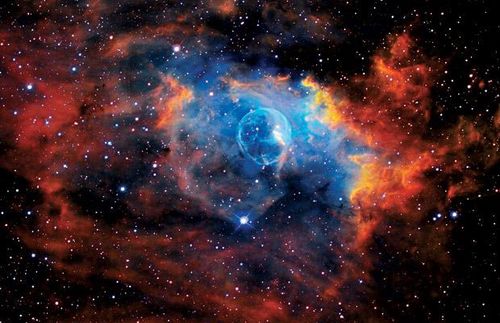 A new analysis scientists submitted Wednesday dismissed the best naturalistic explanation for a star that astronomers from several top universities suspect may show evidence of alien life in our galaxy.

The best naturalistic explanation was that a huge mass of comets was erratically orbiting the star and creating enough dust to dim the light. The new analysis of the star’s history has rendered that hypothesis implausible, as the unprecedented dimming has continued for over a century. In order to dim for such a long time period, the star would need to have up to millions of times more dust and comets orbiting it than expected.

Astronomers in the study estimate that the dimming would require roughly 648,000 giant comets of 200 kilometers in diameter all aligned to pass in front of the star. The chances of such a formation render it essentially impossible, and there is currently no remotely plausible scientific explanation for what is going on with KIC 8462852.

“Either one of our refutations has some hidden loophole, or some theorist needs to come up with some other proposal,” Bradley Schaefer, an astronomer at Louisiana State University, told the New Scientist. “The comet-family idea was reasonably put forth as the best of the proposals, even while acknowledging that they all were a poor lot. But now we have a refutation of the idea, and indeed, of all published ideas.”

In October 2015, astronomers with Yale University and other top schools published a study that used NASA’s Kepler Space Telescope to examine the star KIC 8462852. What astronomers found astounded them: light patterns were consistent with large orbiting masses which blocked out some of the star’s light.

The dense formations near KIC 8462852 are similar to “Dyson spheres,” hypothetical, energy-harvesting “megastuctures” aliens could build by rearranging their solar system. Scientists have pondered the existence of Dyson Spheres since the 1960s, thinking they could be a potential solution to energy problems faced by an extremely old civilization. Search for Extraterrestrial Intelligence (SETI) scientists have long argued humans could detect distant alien civilizations by looking for technological artifacts orbiting other stars.

The masses near KIC 8462852 aren’t consistent with its age, leading scientists to believe they appeared around the star fairly recently. KIC 8462852 is only 1481 light years away from Earth, but is not visible to the naked eye.

It is worth noting that astronomers have believed that stellar oddities were caused by aliens before, when in reality it was simply an unknown new phenomonon.

In 1967, a graduate student in astronomy, found an usual pulsing radio signal so predictable it seemed to be a sign of intelligent life. The astronomers even nicknamed the signal LGM-1, for “little green men.” They honesty believed they had detected a signal from an extraterrestrial civilization, but it turned out to be the first pulsar.