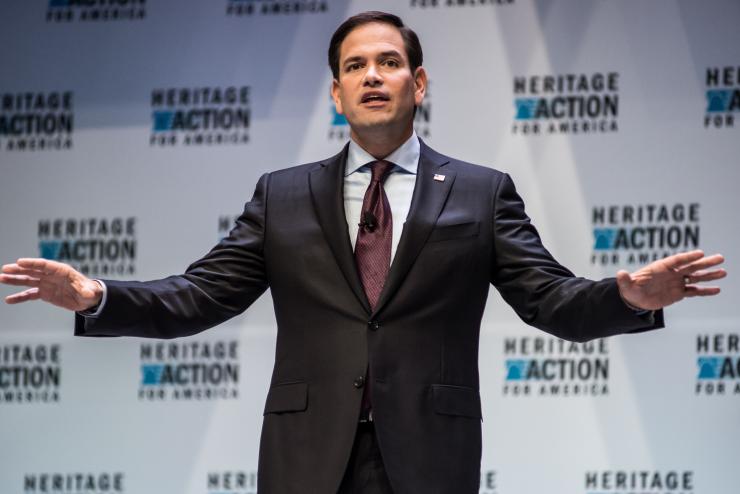 Republican Sen. Marco Rubio opted not to host a town hall when he returned to his Florida district last week, because he said paid activists would “heckle and scream” at him.

“They are not town halls anymore,” Rubio told a local CBS outlet Sunday. “What these groups really want is for me to schedule a public forum, they then organize three, four, five, six hundred liberal activists in the two counties or wherever I am in the state.”

Rubio said he was tipped off by a guide for protesters published by the new Indivisible movement, and he saw no point in hosting a big show for liberal activists who want to “heckle and scream at me in front of cameras.”

The media has focused heavily on the town halls conservative lawmakers did hold, churning out headline after headline about “angry voters” confronting their representatives and senators, especially with concerns about the future of Obamacare.

Some GOP lawmakers made a point of telling the press the crowds they faced were not manufactured, but represented real voters with true concerns. “This wasn’t an artificial crowd,” Republican Rep. Mark Sanford previously told CNN. “It wasn’t manufactured. It was real people with real concerns in terms of what came next on healthcare.”

High Fiving The 5-0 in Northampton: A Compromise

Ads In Multiple Cities Look to Pay Protesters at Inauguration