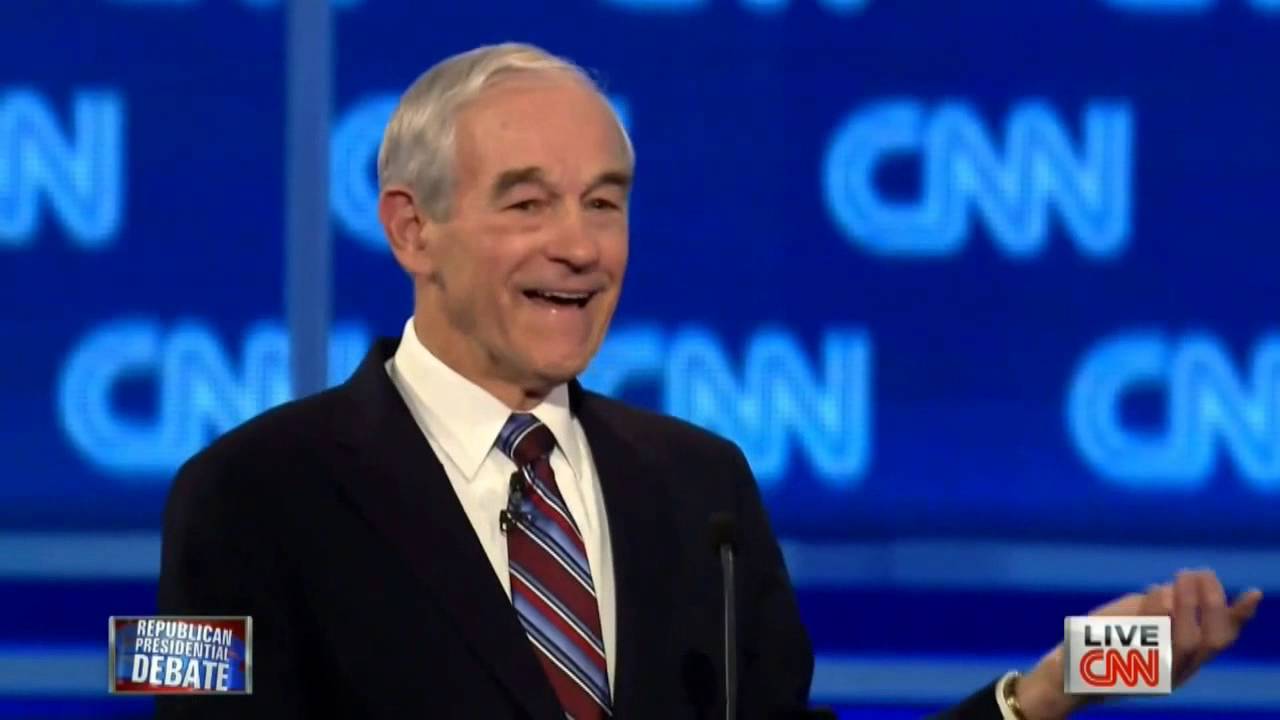 As the 2016 election nears closer, incumbent President Ron Paul seeks a second term against former Secretary of State Hillary Clinton. Paul came to office in one of the most improbable electoral upsets in American history. This election would seemingly come a lot easier, though he still has work to do to solidify a November victory.

Paul began his 2012 campaign by improbably winning the Iowa Caucuses, earning nearly 30% of the vote. His strong performance ahead of top challenger Mitt Romney was enough to chase evangelicals Rick Santorum (third with 15%) and Michele Bachmann (sixth with 5%) from the race. Paul narrowly missed defeating favorite son Romney in New Hampshire, but a sub-par performances by Jon Huntsman resulted in his withdrawal. After back-to-back poor showings, Rick Perry also gave up his bid.

Because of a lack of debates between New Hampshire and South Carolina, Newt Gingrich had little opportunity to pick up momentum. Though the Republican Party had originally planned to schedule several debates, it thought better of it after good finishes by establishment candidate Romney in the first two contests. Accordingly, Romney won South Carolina, with Paul second and Gingrich third, resulting the former House Speaker leaving the race. Thus, with over 40 states remaining, only two candidates were left in the field: Paul and Romney.

The two candidates traded victories throughout the rest of the primary schedule, with Romney winning states like Florida, Michigan, Massachusetts, and Illinois, while Paul won the totality of the anti-Romney and libertarian vote in other contests. The primary unofficially came to an end when Paul won California by three points on June 5.

In the general election, Paul had a much easier time appealing to disaffected Democrats and Independents against then-President Obama. He chose as his running mate former New Mexico Governor Gary Johnson, who had previously run in the Republican primary and considered a run at the Libertarian nomination before yielding in light of Paul’s successes. Due to a depressed turnout for the incumbent, the Republican was able to achieve a narrow victory, winning in typically blue states like New Hampshire, Maine, and Washington.

During his term as president, Paul has remained at constant odds with Congress: both Democrats and Republicans. He has gained criticism from some for not initiating enough offensive strikes against foreign enemies and withdrawing troops from most parts of the world. Meanwhile, he refuses to appoint cabinet officials to those departments which he deems to be unconstitutional. This has led to some Democrats calling him a “do-nothing” president, though this is a term he wears proudly.

During the 2016 primary election, he became the first sitting president to receive a serious primary challenge in years, when Senator Marco Rubio campaigned on behalf of neoconservatives. Though Rubio won Florida as well as a few smaller states, he was unable to successfully unseat Paul. Some prominent Republicans have now suggested that they will join forces with Hillary Clinton to defeat the president in the general election. Nonetheless, Paul remains the favorite to win re-election, as most voters distinguish between his honesty and genuineness as opposed to Clinton’s lack thereof.