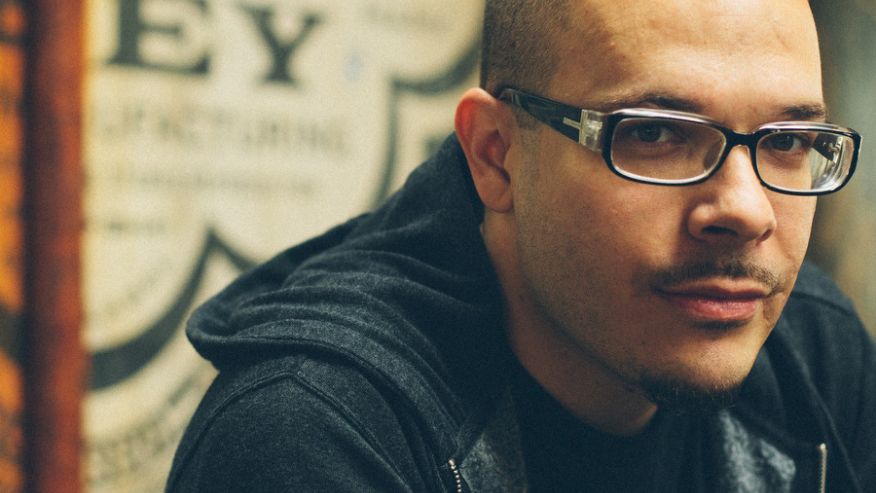 Just so you know, this article isn’t about Colin Kaepernick. It’s also not about Francis Scott Key. It’s really just about your PB&J sandwich, Shaun.

As a Libertarian, I respect, and always will, everyone’s right to speak freely and to do whatever they want as long as they aren’t harming anyone else in the process. You do you, boo boo. However, if you are a messenger of a movement, which you are, just be willing to back up your words with actions, and maybe even EAT your words (see what I did there?).

You should take a lesson from that PB&J sandwich you have in your hand, Shaun. It has quite the history when all put together. You can learn a lot from a PB&J sandwich when you look into the history of the things that make it up. Let’s take jelly for instance. Did you know that marmalade (the first jelly) was created back in 1561 for a monarch? Shortly after that, the stuff was so popular among nobles that they all just had to have it most of the time for dessert. I don’t think these royals made their own food, so indentured servants harvested, prepared, and served the jellies on a silver platter for the nobles. Actually, that’s kind of messed up now that I think about it. Since these indentured servants were not entirely free, we can say that jelly came into popularity because of the efforts of slaves, essentially. I can only assume you’ll stop putting jelly on your sandwich and just have some peanut butter on that delicious, fluffy, soft Wonder Bread.

Actually, speaking of Wonder Bread, did you know that the company was so conscientious about the war effort during World War II that they gave up the steel that was used to cut their loaves of bread into slices? Actually all white bread producers did. So Wonder Bread went from selling sliced bread to selling unsliced bread so that they could contribute to the war. Now, I’m not advocating war, but that’s a pretty selfless act by a private company. I guess that would make them patriotic and likely “anthem standers” and not “anthem sitters”. Now I know you can’t stand the national anthem right now because of something that someone did or said a while back, and that’s your choice, but I can only assume, given the history of Wonder Bread, that you will definitely use a different bread for your peanut butter sandwich (remember, no more jelly). Peanut butter and pita sounds kind of yummy…kind of.

If pita isn’t for you then we are only left with peanut butter. Just take a big spoon and scoop some out of the jar and go to town, bud! Lick that spoon like a boss. Sometimes just plain ol’ peanut butter really hits the spot. Speaking of peanuts, that reminds me of George Washington Carver, the father of the peanut. He was quite the man. His mother was captured by slave raiders and so he was raised by the white family who owned him. They raised him like their own child. They loved and educated him, and he accomplished great things. Toward the end of his career and life, he spent time touring largely white college campuses where he would cultivate a warm relationship with many of the white students, while also speaking out, peacefully, against racial injustice for an organization called the Commission on Interracial Cooperation. He did all of this with a spirit of love, not division.

I guess the answer lies in peanut butter!

Time for some real talk though, Shaun. Do you always look to everyone’s past when listening to them or reading their words? Do someone’s actions in a time gone by really affect how we should live our lives today? I can only assume that you reject, in full, the Declaration of Independence because its author owned slaves at the time it was written, as did many of the signers of it. Oh, and I’m sure you absolutely reject the Constitution of The United States for the same reason. Is your plan then to disregard it or disavow those two documents?  I mean how can we ever take these founding and framing documents seriously ever again? Can you please elaborate on this in your next article?

I respect your message and what you’re trying to accomplish with the micro-stories of social injustice. However, if you are going to hold yourself to a standard of decrying the production and contributions of people who lived in a time gone by because of their sins, then I hope you aren’t wearing anything made of cotton. If so, please take it off as the entire cotton industry survives today over wool because of slave labor from years ago… and don’t get me started on Alexander Graham Bell, who actively promoted eugenics. Maybe you should never use a phone again because of that. Oh, you should probably turn off all the lights because Thomas Edison’s favorite movie was the famous pro-KKK film “The Birth of a Nation”. Will you commit to shutting off the lights and powering down the phone, or does it lack the substance required for your specific agenda of division? You’ve gone down a slippery slope, Shaun… how far are you willing to slide down it before backing up?

One thing I love about Libertarianism is that we believe in liberty and justice for all, regardless of race, gender, or anything else… but we try (and sometimes fail) to wrap our message in a bow of love, mutual respect, and positivity. If you want to affect real change you should start by not alienating most Americans by attempting to destroy the national anthem. Is it just a song?  Yes. Do you have the right to sit down during it? Yes. Is it the best way to deliver your message? No.

I’m not mad atcha, Shaun,  I’m just trying to get this whole divided world together. I challenge you to keep your eyes forward and not looking backward. Honestly, who cares if Francis Scott Key was or wasn’t racist? It was a freaking long time ago. Besides, it was an act of Congress, not Key himself, which made it the national anthem. Maybe you should consider calling out Congress or boycotting bad legislation…actually, now that I think about it, maybe you should consider Libertarianism.

Weld: I Don’t Support A Ban on Any Class of Weapons