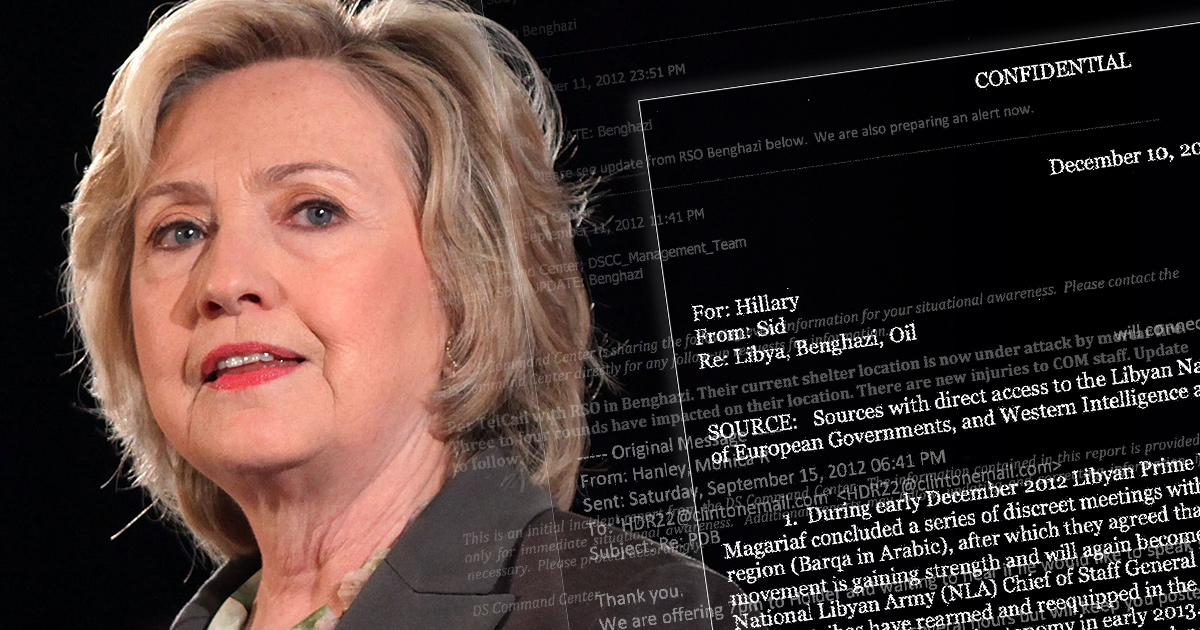 A federal attorney said Tuesday that officials at the Department of State and other agencies can’t make the remaining 100,000 unreleased Hillary Clinton emails public for 42 months, or until October 2020.

Justice Department attorney Jennie Kneedler told U.S. District Court Judge James E. Boasberg Tuesday that “processing takes time.” She also told Boasberg during the status hearing on the case that the continued review of the former secretary of state’s emails was “not the best use of State’s time.”

The nonprofit government watchdog group Judicial Watch successfully sued for the full release of the emails in a Freedom of Information Act (FOIA) lawsuit.

Many Americans might be surprised to learn so many Clinton emails are not yet public — a mountain of them are still being slowly reviewed by officials at the State Department, FBI and other federal agencies.

Department of State officials claim they can only review and release 2,350 emails each month, stating they are slowly chipping away at 68,000 emails currently in front of them.

There are also an estimated 31,000 emails on a laptop owned by former New York Democrat Rep. Anthony Weiner, which the FBI has identified as State Department emails to and from Huma Abedin, Clinton’s former deputy chief of staff and Weiner’s wife.

Weiner faces potential charges of child pornography over sexually-explicit digital exchanges he allegedly had with a 15-year-old girl on the laptop.

Boasberg approved the current pace of release Tuesday, which will deliver only 2,350 emails to the public each month. Clinton’s emails were a damaging controversy during her unsuccessful 2016 presidential effort, because she had used a private server located in her New York mansion and private email addresses instead of the government system to conduct official business.

Lauren Burke, a Judicial Watch attorney, told The Daily Caller News Foundation outside the courtroom that Americans will have to wait a long time before all of Clinton’s emails are publicly released.

“From today’s hearing before Judge Boasberg, things remain status quo, processing an amount of 2,350 pages per month. It will be a couple of years before we conclude this,” Burke said.

Disc five is perhaps of greatest interest, since it represents a complete backup of Clinton emails that were overseen by Platte River Networks, the Colorado IT company that handled her private server. That disc holds 37,000 pages and was on a Datto computer system.

“Those who are in place at Justice or State or at other agencies dealing with these ongoing cases are the same people. Whether it’s higher-ups that aren’t putting their feet to the fire, it’s business as usual and everything gets slow walked,” she told TheDCNF.

“We had hoped with the new administration there would be more transparency, more cooperation,” she said but was disappointed saying “nothing has fundamentally changed.”

The case is Judicial Watch, Inc. v U.S. Department of State. Another status hearing on the case is scheduled for July 20, 2017.