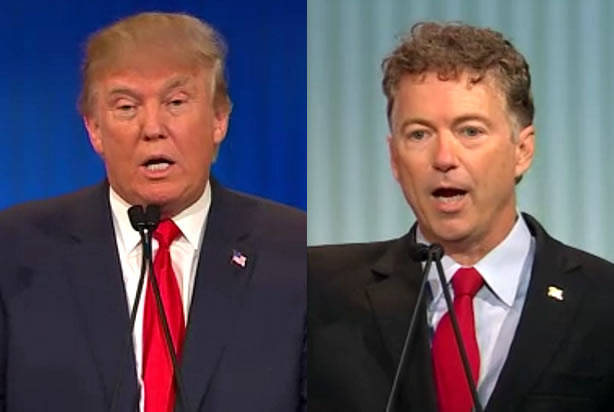 Kentucky Sen. Rand Paul’s foreign policy position is one of the most unpopular in the whole field of presidential candidates, according to a recent YouGov poll.

Paul’s policy of military restraint polled poorly with Republican voters who appear to favor more hawkish policies, such as those advocated by Donald Trump. As the GOP frontrunner, Trump has been a vocal critic of the Iran deal and supports a tougher policy toward China, as well as a more intensive bombing campaign against ISIS.

Just four percent of GOP voters thought Paul would be the best candidate to handle foreign policy. Paul had hoped to capitalize on the country’s war weariness after the conflicts in Iraq and Afghanistan, as well as skepticism among millennials of foreign intervention

It may not be surprising that Paul’s attempt to steer the party away from the neoconservative policies of former President George W. Bush is proving unpopular among GOP stalwarts, YouGov reveals that he even comes out worse compared to Democratic candidates.

But Paul’s libertarian-leaning policy has failed to even capture the enthusiasm of the 19 percent of Republicans who believe the Obama administration has been too quick to use military force abroad.

More than half of Republicans want to see the next president use military force abroad more than Barack Obama and 56 percent said foreign policy would be “very important” to their vote for the 2016 presidential election.

Paul’s campaign has so far failed to gain the traction that many commentators had expected. He has instead been bumping along near the bottom of the GOP field with the Real Clear Politics polling average putting Paul in eighth place at 3.2 percent.

America vs. The EPA: Fighting ‘A Massive Executive Power Grab’