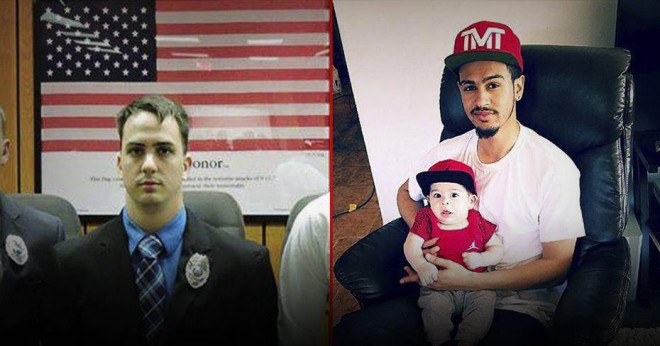 In Weirton, West Virginia, Police Officer Stephen Mader was fired after refusing to shoot 23-year-old Ronald D. Williams Jr. on May 6. When Mader got to the scene, Williams was contemplating suicide, waving a gun and asking Mader to shoot him. Said the officer, “I told him, ‘Put down the gun,’ and he’s like, ‘Just shoot me.’ And I told him, ‘I’m not going to shoot you brother.'”

After Mader attempted to de-escalate the situation, a backup team arrived and shot Williams in the head and back, instantly killing him. Approaching the body afterwards, they found that the gun was not loaded. Investigators found the death to be a justified killing. As reported by the Pittsburgh Post-Gazette, the investigation had some strange occurrences. For example, Williams was not named as the deceased for three days, and the investigator assigned to the case left for a week-long vacation the next day.

After a few days off from work, Mader returned to work on May 17, but was asked to take leave. A few days later on June 7, he was fired for “failing to eliminate risk” by not shooting Williams. Speaking to an attorney, Mader said “To resign and admit I did something wrong here would have ate at me. I think I’m right in what I did. I’ll take it to the grave.”

When officers are reprimanded in this manner, it teaches them how to act in particular situations. Given this incident, officers are being given a clear signal that they are to forego attempted defusing of a situation in favor of a more aggressive strategy. While done in good faith and to promote public safety, this decision sets a dangerous precedent in the training of police officers.

Virginia Governor Attempts to Ban All Weapons in Executive Offices

As MSM Disqualifies Itself, Daily Journals are Endorsing Gary Johnson