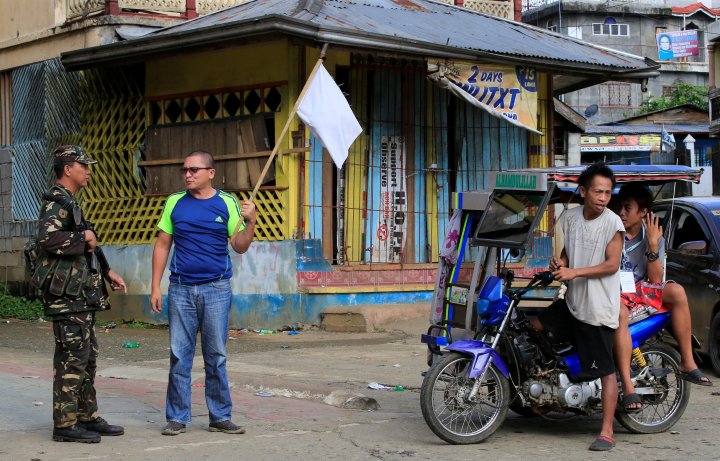 A tragic friendly fire incident in the southern Philippines has cast doubts over military assurances that a victory in the ongoing fight against Muslim militants in Marawi is close at hand.

Eleven government security forces were killed Wednesday in an airstrike in Marawi when two bombers missed their intended targets, the armed forces revealed Thursday, according to Reuters. The accident occurred during the first deployment of fixed-wing aircraft in a conflict which has raged for nine days.

“Sometimes in the fog of war a lot of things could happen. Accidents happen,” Defense Secretary Delfin Lorenzana said at a press conference, “It’s very sad to be hitting our own troops.”

“There must be a mistake somewhere, either someone directing from the ground, or the pilot,” he added.

“Our ground commanders have assured that the end is almost there,” military spokesman Brig. Gen. Restituto Padilla Jr. told reporters Monday. Padilla said Thursday that every soldiers knows the risks of battle, adding that there will be an official investigation into Wednesday’s friendly fire incident.

Thirty-eight security forces and 120 rebel fighters have been killed in the clash, which began last Tuesday. Around 20 civilians have lost their lives to the fighting.

The conflict began after a botched raid to bring down Abu Sayyaf leader Isnilon Hapilon, a high-profile terrorist target believed to have been tasked with carrying out Islamic State operations in Southeast Asia. Hapilon’s forces engaged government security forces, calling for reinforcements from Maute fighters nearby.

Both Abu Sayyaf and Maute have sworn allegiance to ISIS and fly the same black flag.

President Rodrigo Duterte said Thursday that the ongoing rebellion in Marawi is not the work of rebels; rather, it is part of a larger ISIS plot.

“The rebellion in Mindanao … It is purely ISIS,” Duterte claimed.

The discovery of foreign jihadis among the ranks of the militants in Marawi supports assertions that there is more to this fight than meets the eye and that ISIS may be trying to establish a foothold in Southeast Asia. The president fears that the predominantly-Muslim southern Philippines could become a haven for extremists being driven out of Iraq and Syria.

After the fighting began Tuesday, the Islamic militants quickly seized control of government buildings, raising their black standard. They set schools and churches on fire, took Christian hostages, beheaded the police chief, and slaughtered civilians who failed to quote the Quran.

The armed forces continue to conduct ground assaults while hammering militant positions with airstrikes from bombers and attack helicopters. Lorenzana said that the militants, whose numbers are dwindling, “cannot hold that long” against a trained force with superior firepower and numbers.

Is The Right About To Corner The Local TV Market?

Clinton: Democrats Can Take The House In 2018