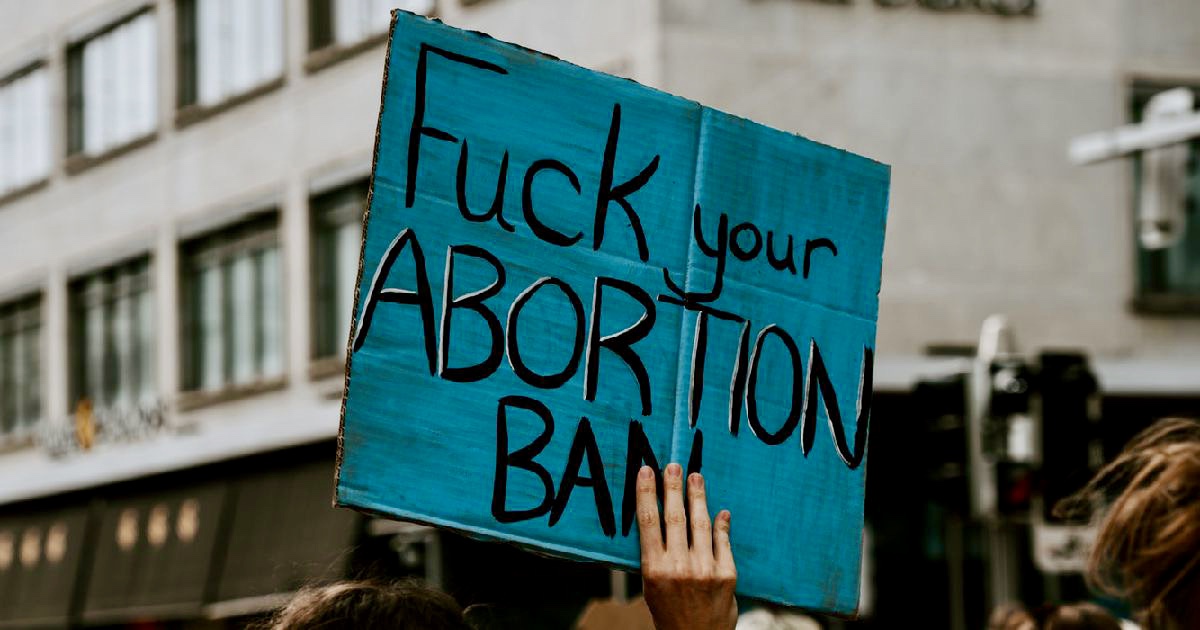 Is the law capable of protecting and affirming life, or are some responsibilities truly exclusive to us?

The government has never shown an ability to do anything other than take life. It is counterintuitive to think it can truly protect it.

This debate is a lightning rod of consternation and is easily one of the biggest dividing issues between conservatives and libertarians. Perhaps the problem lies in the framing of the argument.

A common talking point in Conservative Christian circles is that life begins at conception, and they want a society that holds life sacred. A common libertarian trope is that we hold freedom of choice sacred, and that means a society with the smallest government necessary for maximum freedom. Therefore, the issue lies not with legislation but how to present a persuasive argument that government truly cannot solve the abortion crisis. Only we as individuals can. There is a historical case to be made for personal responsibility here, but first the facts.

Recently, a British judge ordered that a mentally handicapped woman undergo an abortion for her 22 week old baby. A Pro Choice individual might either sympathize with the woman’s plight for the dramatic intrusion into her privacy or agree with the judge’s side that she is too incompetent to be trusted. On the other hand, a pro-life individual might rightly argue that in a society where abortion is banned this would not have happened at all. The middle ground here is asking what sort of society trusts their government with making such decisions against the family in the first place, as clearly the family was supportive of this child being born and willing to assist raising it?

On the opposite end of things, an 11-year-old girl was recently exempted from Ohio’s heartbeat law after becoming pregnant via rape. Pro-Choice advocates are outraged that such an exemption was not in the new law, and, to date, the law has not been updated in light of this case within their state boundaries. Should children, the most defenseless and vulnerable of us all, be expected to grow up and shoulder the responsibility of parenthood simply because a pedophile decides they are attracted?

Pro-life advocates are often fond of saying that there is never an occasion for abortion, but seasoned debate practitioners will note that any argument that includes the word ‘never’ is automatically suspect as it is a generalization. The simple fact is that while quite rare, like the previous examples cited, there are occasions where an abortion could be prudent even into the second trimester. There are also occasions where an abortion might be necessary to protect the mother, although these are also quite rare. Sweeping pro-life legislation would put medical decisions into the hands of distant and impartial judges in the best of cases where such instances are concerned under the rationale that such options ‘aren’t healthcare’.

This is not truly an argument for the Pro-Choice crowd, however, as the Mayo Clinic freely admits that abortion is not always an option, thus somewhat diminishing the safety claims of the likes of Planned Parenthood.

Now that we come to Planned Parenthood, we arrive at what seems to be the real issue at hand. Planned Parenthood is famous for the controversies surrounding its public funding, but it is just a little hypocritical that these complaints abound from pro-life groups when there is also public funding for abstinence-only programs. Ideally, the government and taxpayer funding should have nothing to do with any of this.

The problem and the answer lie with our values and principles.

It seems to the writer that one would not be wrong to look askance at an individual who professed openly to have little regard for human life, or be just a little nervous around them. With that said, it seems not unreasonable to give credit where credit is due and acknowledge that the Christian Right has their hearts in the right place in championing the Right to Life. However, as pointed to earlier with the extreme example of a British Judge ordering the termination of an infant’s life, it does seem that there could be dangers in the opposite direction.

The question needs to be asked whether it is even possible to write adequate legislation protecting both mothers and the unborn, or if effort needs to spent on cultural reform instead.

We hear much ado about back-alley abortions being the norm before the likes of Planned Parenthood, but little about research into birthrates versus abortions from those days. Much of this is due to the scarcity of records from the period, but we do know something about marriage and divorce rates. With respect to the sober observation that correlation does not equal causation, we can safely guess that low divorce rates and moderate to high marriage rates historically can account for the scarcity of abortions in those days more than any legislation given the low numbers prior to Roe v Wade, even during the Depression years. Traveling on to the rise of modern feminism and the new age movement in the 70s, we see data that again correlates with the abortion rates for that period as both divorces and abortions begin to skyrocket.

Again, the problem lies with culture, not laws.

For positive evidence of this argument, we can look to millennials. While data is not as comprehensive as generations past, we do have a positive outlook in that early info seems to suggest that so far they do seem inclined against divorce. Perhaps we can safely extrapolate from this that abortions will decline as well, thanks to them?

All early signs indicate that Libertarianism is making mighty strides in the culture war, if not the war for the ballot box, especially with Gen Z. The question to ask is whether the core minarchist principles of libertarianism should take a back burner simply because the usual left-wing opposition has a similar stance on this topic?

Pro-life legislation is a step backward historically, and a move away from minarchism.

Yes, this country respects the Right to Life as affirmed in our founding documents, but there are many ways to do so that do not require the mighty gavel of government. Ultimately, it is up to the people to embrace a life-affirming culture and not the government to take away all choice in the matter.

What Does “Voluntary” Actually Mean?