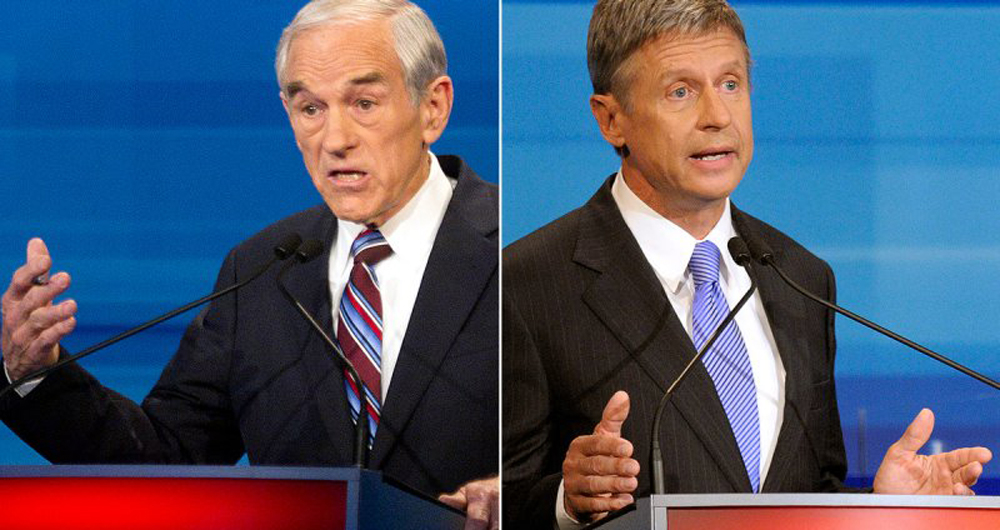 Paul was so passionate about the idea of openness and transparency in the election that he appeared on CNN alongside the very liberal Nader. During the interview, Paul admitted that he would never vote for Nader, but that he supported his (as well as the other candidates’) inclusion in the debates nonetheless. At the time, Nader was leading among third-party candidates, getting somewhere in the mid-single digits. He would go on to win 0.56% of the popular vote, the best of the aforementioned four candidates.

Eight years later, Gary Johnson represents the best opportunity for a third-party in a generation. Moreover, he shares significantly more in common with former Congressman Paul. Where then is the father of the modern libertarian movement? While he has signaled a general inclination to support voting for the Libertarian Party, he has refused to endorse Johnson.

Furthermore, with the news that Johnson would not be invited to the first presidential debate, Paul has remained mum. As noted by A Libertarian Future in June, an endorsement from Paul could be enough in its own right to get Johnson into the debates.

However, an endorsement is not even necessary in this instance, though it would be both logical and beneficial to the cause of liberty. All that the 1988 Libertarian nominee has to provide to Johnson is the same courtesy he provided to Nader: an indication that he believes that the Libertarian deserves to be in the debates. However, he has chosen instead to remain silent.

Watch the 2008 CNN interview below: