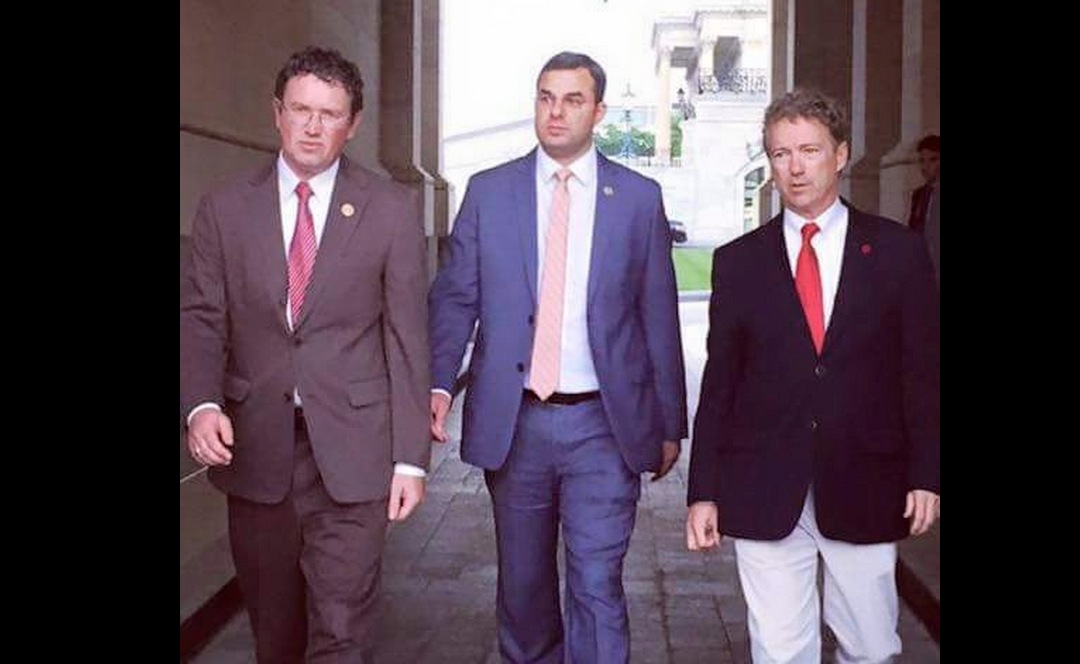 If you owned a private business and 89% of your customers did not approve of how you ran the business, did not like your product, and did not like you, then you would promptly go out of business.  Furthermore, if you continually missed deadlines, harmed your clients, and ignored your clients requests for change, you would just simply wither away.  Congress, however, is exempted from reality.

Overwhelmingly, the average US citizen opposes the PATRIOT Act, the authority for the worst of the NSA spying programs, and this opposition defies party lines or political persuasion.  The vast majority of all people think that the government should not have the ability to monitor every person on the planet and store those data, just in case.

Fortunately, over the past few weeks, Rand Paul has been waging a war to delay Senate business, raise awareness, and push against the behemoth that is the Band of Big Brothers.  This band, lead by Mitch McConnell,  has primarily pushed to renew the PATRIOT Act carte blanche… but Rand Paul successfully slipped that abomination some hemlock.  Yesterday, after Rand Paul objected for the last time and McConnell knew that the PATRIOT Act was dead, I could see a visible change in McConnell’s demeanor.

In any event, the most pernicious parts of the PATRIOT Act did die and McConnell was loathed to switch his support to the House’s USA FREEDOM Act, which he has opposed.  The FREEDOM Act already had a great deal of support, and thus the 57 cloture votes on 23 May became 77 votes on 31 May with McConnell’s support.  When those votes are officially recorded, you should check out your Senator and let him or her know what you think.

While not completely surprising, I am incredibly disappointed that Ted Cruz voted with the Band of Big Brothers on both votes.

Congress should immediately pass the USA FREEDOM Act, of which I am a proud cosponsor, to strike the right balance between privacy rights and national security interests.

I have generally liked Cruz and I agree with his rhetoric on many issues.  I am stunned, however, that he brazenly defies such primary civil liberties and supports executive power as illegally enabled in the USA FREEDOM Act.  Cruz is wrong about the FREEDOM Act, but I will get back to what is primarily wrong with it, below.

“It’s a matter of national security.”

Of course he would say that, it is the rallying cry of despots.  Get people scared enough and they will follow you over a cliff.  In any event, the legal changes between the PATRIOT Act and the FREEDOM Act are nominally impressive but functionally insignificant.  President Obama’s above linked video lays out the rhetoric, now let me cut through it:

The bulk data collection is not gone.  A pile of dog dirt by any other name is just as stinky.  If there are no amendments, the replacement law will require that companies maintain their customer’s data and provide access for law enforcement to search through it.  While at first blush that may sound better than the NSA storing up petabytes of data on us in its own facilities, but I think it will be worse for two (of many) reasons.

First, as it should be, is an economic consideration.  The cost of compliance will cause an increase in the costs to applicable companies and that cost will be paid by their customers (us).  Nothing new, but an important thing to remember.

Second, the main legal issue is that there really is no significant change from what we’re currently suffering through.  It is a difference without a distinction.  The Executive still has complete, unfettered, Zero-Process access to our data without our knowledge (when we should have that process due to us), without probable cause, and without material oversight.   That is, under the FREEDOM Act, we do not have a right to be informed about an ongoing investigation, the executive can still search for merely relevant  information, and secret courts will still grant secret motions to grant access to our secretly held records.

The very word “secrecy” is repugnant in a free and open society; and we are as a people inherently and historically opposed to secret societies, to secret oaths and to secret proceedings. We decided long ago that the dangers of excessive and unwarranted concealment of pertinent facts far outweighed the dangers which are cited to justify it.

So the USA FREEDOM Act (seriously, I really loathe that title) is not yet set in stone, however, it looks unavoidable.  Rand Paul has already indicated that he will continue to oppose it or attempt to provide substantive amendments to limit data collection only to named natural persons (as opposed to using corporate names that would lead to warrants that read ‘give me all of Verizon’s records’).  Whether he will succeed is another story.  I think the Band of Big Brothers is very strong and I don’t think Rand Paul can succeed at this stage.

But it is not the end of the world, we’ve been living under this surveillance state for many years, we just have to keep our tin foil hats tightly secured and all will be as well as it has been.